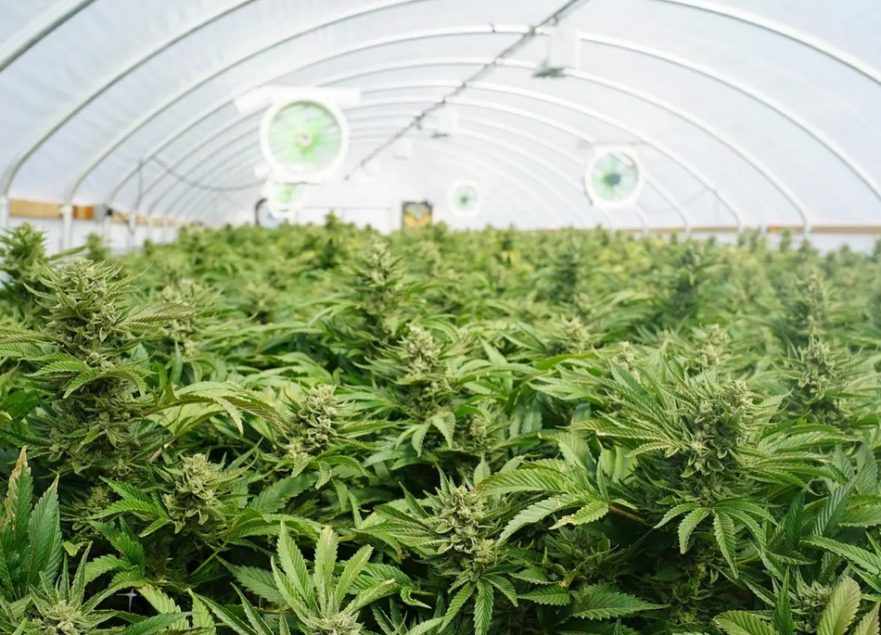 More and more states in the USA are legalising the use of cannabis, and other countries are also negotiating the potential legalisation of “weed”. The trend around the plant is boosting individual stocks from the industry, which is characterised by mergers and acquisitions and ETFs that track the sector.

After shares shorted in the Reddit community “WallStreetBets” in January, such as GameStop and AMC, were catapulted to unimagined price heights, online users had set their sights on a new target with numerous cannabis shares at the beginning of February.

But even before the internet community hype, the prices of stocks like Tilray, Aphria, Canopy Growth and Aurora Cannabis jumped, making the industry another major trending topic on the stock market. The increased demand for the sector is noticeable in the individual stocks and the corresponding investment funds. According to a report by Bloomberg, the three best-performing ETFs this year all have in common that they track the cannabis industry. According to the news agency’s analysis, the Global X Cannabis ETF, the Cannabis ETF (THCX) and the Amplify SeymourCannabis ETF have already posted returns of more than 90 per cent year-to-date, significantly outperforming the S&P 500.

Legalisation in the USA advances further

With substantial price gains, hopes are also rising for the legalisation of cannabis in the USA in the near future, as Bloomberg further reports. Andrew Cuomo, the governor of New York, recently spoke out in favour of legalising marijuana in his state. The Democratic majority in Congress is also optimistic about approval. According to an NBC evaluation from November 2020, marijuana may be consumed for recreational use in 15 US states. Medical use is permitted in a total of 34 states already. According to Todd Rosenbluth of CFRA Research, if more states follow suit, this could significantly boost demand, making cannabis companies much more profitable. According to Bloomberg analyst Kenneth Shea, the industry can also benefit from rising expectations of corporate earnings growth and a large number of mergers and acquisitions.

The most popular example of the merger wave in the cannabis industry is the merger of the two industry giants Tilray and Aphria. In December 2020, the companies announced the union, which is expected to be completed in the second quarter of 2021 and give them both a combined market share of nearly 20 per cent. Tilray and Aphria also became targets of the recent Reddit hype, according to Bloomberg, but also owe their share price breakouts to strong quarterly figures.

While Aphria already presented its financial statements for the second fiscal quarter, which ended at the end of November in January and thus exceeded analysts’ expectations, Tilray thrilled investors in mid-February with sales figures for the fourth fiscal quarter of 2020 that exceeded experts’ outlooks. Both companies subsequently benefited from rising share prices. They form a large share in the Global X Cannabis ETF and the billion-dollar ETFMG AlternativeHarvest ETF.

Shortly before, competitor Canopy Growth also presented figures. The Canadian cannabis company suffered a significant loss per share in its most recent third quarter. Still, it was able to score points in terms of sales and even exceeded analysts’ estimates. At Aurora Cannabis, meanwhile, the loss was lower than expected, but the competitor fell short of expert expectations in terms of sales. Both companies are also included in the Global X Cannabis ETF.

The industry is still characterised by high volatility

While cannabis ETFs have jumped in price since the beginning of the year, their performance has been anything but stable, as Bloomberg summarises. For example, while funds rose in 2018 after the legal situation in Canada and the US partially loosened, cannabis producers have subsequently struggled with low returns, resulting from weak quarterly reports, a slow legalisation process, and difficulties in assembling product portfolios.

The cannabis space is still a danger zone where investors can make big profits but also large losses. Volatility is still high, but the chances are that the legalisation of marijuana in more regions could trigger an even larger interest in the cannabis-producing industry.