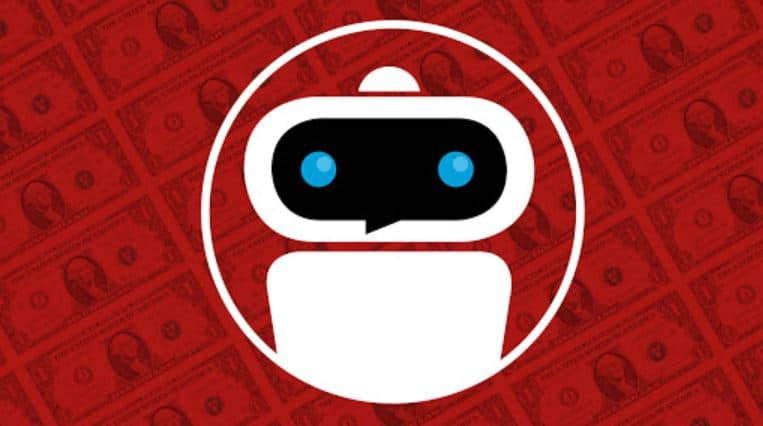 Fund providers are increasingly using artificial intelligence to select stocks. So far, without much success. But one person dares to beat the MSCI World.

Many people think of the film “Matrix” or of humanoid super robots in the distant future when they hear “AI”. In reality, however, artificial intelligence (AI) is already present in many places in our everyday lives: speech recognition systems such as Alexa from Amazon or Siri from Apple work with machine learning just as much as translation programs, software for fraud detection and data analysis for security monitoring.

This trend has also arrived in financial investments, where some fund management companies now offer securities with which investors can invest in a basket of companies that deal with AI or benefit from it. On the other hand, many fund providers now use a machine at least for parts of their knowledge and selection processes. For some providers, the digital fund manager has even become a reality.

However, the term “artificial intelligence” is misleading. So far, it has only been pretty weak AI, where computers sift through huge amounts of data, predict possibilities based on earlier developments and thus relieve people of work that they could do only incompletely and in much longer periods. Highly specialized software is trained to work in a small area by processing data masses to recognize similar patterns later and draw conclusions from them.

The software DeepMind, which belongs to the Google mother Alphabet and is equipped with an artificial neural net – only with the game rules and a reward system – learned the rules of the highly complex Go game within a very short time and is now unbeatable, caused a sensation in 2017. The system did not learn from previous human games, but calculated independently and continuously from billions of moves the one with the highest probability of winning.

The fact that the developers gave reward points for advantageous moves accelerated the process. However, there is still no AI that is equal or superior to humans, and that would learn independently and in parallel on many fields and all areas of life.

READ ALSO
The risks of the enormous money-flood

Fund companies also use relatively weak AIs at most or only software that is specially programmed for specific results and can only learn independently in this area. So far, success has been modest. For the most part, funds whose equities are filled with the help of AIs do not perform better than funds whose equities a person has selected, or even better than the overall market.

The Fintech Catana’s funds do not perform

At Catana, a German Fintech for “technology-based asset management”, calculators sift through the opinions, sentiments and historical price movements of around 45,000 securities worldwide in real-time. They evaluate two million messages and texts every day – and come up with recommendations for action. According to Catana, the entire process from viewing the data to executing the order is automated, and the languages German, English and Chinese are processed.

In the end, only one person, the fund manager, confirms with a click what the computer has calculated. However, the “Data Intelligence Fund”, which has been operating according to computer specifications since November 2018 and is allowed to invest not only in shares from Europe but also in financial constructions such as swaps and futures, has not yet been able to convince. The performance has been around zero since March 2019. Besides, the fund is expensive: in addition to an issue premium of up to six per cent, regular costs of 2.12 per cent and a profit share are incurred. Plus, in 2017 Catana had already withdrawn a similar fund after high losses.

Revenues could increase tenfold with AI

Allianz Global Investors is also intensively dedicated to AI. The fund invests primarily in US companies (91 per cent of the portfolio), plus companies from the Netherlands, France, China, Japan and Korea. Top positions are the streaming pioneer Roku, the semiconductor and storage companies Broadcom, On Semiconductor and Marvell, the payment service Square, Microsoft, the cloud communications company Twilio or the online credit centre Lendingtree – all companies in which artificial intelligence has so far often played only a marginal role.

However, the proportion is rising. A study by McKinsey predicts that by 2030, 70 per cent of all companies would be using at least one technology from the field of artificial intelligence. By then, this could create an increase in value added to 13 trillion dollars and thus increase global economic output by 1.2 percentage points per year.

According to Hans-Jörg Naumer, head of capital market analysis at Allianz GI, AI could change the world far more than the Internet. The growth forecasts for AI applications are enormous: Experts like Naumer believe that AI sales could increase almost tenfold from currently 3.7 billion dollars to 2025. Companies that jump on the bandwagon first could benefit from this. So far, though, the very young funds do not yet reflect this megahype forecast.

Allianz GI has also begun to involve machines in the data review and stock selection process. The software helps to sift through large amounts of data, recognize structures and prevent errors, explains company spokesman Klaus Papenbrock. In fund management in particular, however, the coexistence of man and machine will remain: “Artificial intelligence that is clear is not capable of looking into the future”.

The fund Oddo AI wants to beat the MSCI World

The stock market lives above all on uncertainties, on the fact that future events and developments are not reliably predictable, but often dominated by chance, or that market participants assess facts differently – a barrier that can be crossed neither with human nor with artificial intelligence. Users of AI in stock selection hope that the automated screening of vast amounts of company data, moods and opinions will lead to information advantages that the competition does not have.

However, it is uncertain whether this could also lead to an increase in share prices, i.e. added value. Because shares are not only driven by measurable facts but above all by spontaneous emotions such as greed, fear or hope.

The German-French asset manager Oddo BHF nevertheless hopes to be able to beat the world index MSCI World in the future, at least for five years, with the help of artificial intelligence. The stocks for the Oddo Artificial Intelligence fund are selected with the help of machines, and the computer searches through millions of data every day, searching for relevant moods and trends.

It remains to be seen if Oddo BHF or other AI focus investment funds will succeed and beat the market.