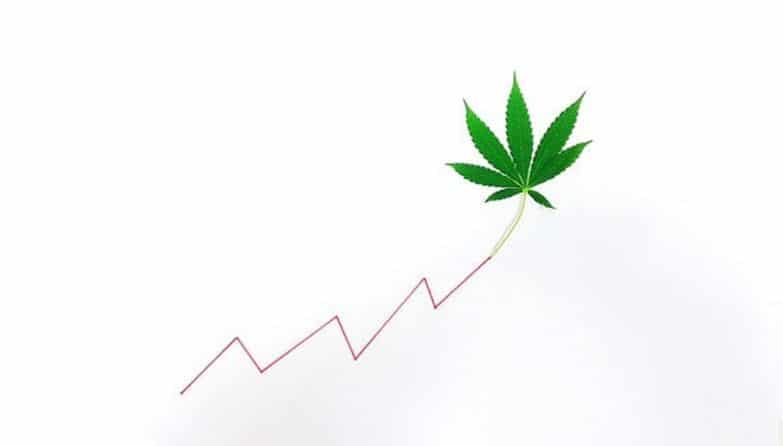 Cannabis stocks had a hard time with investors in 2019. Quarterly balance sheets have caused disillusionment in the market. But when the big players weaken, the hour may come for the small ones.

Cannabis is a growth market. Against the backdrop of further regularisations, companies in this sector offer impressive growth prospects. But the majority of recently published balance sheets of cannabis companies failed the market. In particular, the market leaders Aurora Cannabis and Canopy Growth have provided investors with long faces.

The disappointing record of Aurora Cannabis had led analysts to pull the ripcord in a row. The fact that most industry representatives are in the red comes as no surprise to the majority of investors, but the fact that the ambitious growth targets were all torn was a shock to investors. Aurora’s turnover collapsed by 24 per cent to 75.2 million Canadian dollars – significantly lower than the market had hoped.

And industry colleague Canopy Growth also had to admit that the market had developed differently than expected. Although Canopy was able to increase its revenues from 23.3 million Canadian dollars to 76.6 million dollars, the growth was expensive. The high costs incurred for the expansion of the business put the company deep into the red. Even worse was the fact that the company put its expansion in its home market on ice.

Cannabis investors, who had bet on the largest companies in the industry and thus on the supposedly best growth prospects, were bitterly disappointed. However, there are players on the market whose growth opportunities – at least in short to medium term – are still relatively good.

The cannabis companies recently justified the balance sheet disaster by saying, among other things, that there was a lack of shops to sell their products. Besides, there is a lack of cannabis plants, particularly in the high-quality sector, and unexpectedly high barriers to legalisation in the European Union, which plays an important role in the expansion of many cannabis companies.

However, there are cannabis companies that have been able to at least partially decouple themselves from the development of the industry’s big players and whose balance sheets still give hope to investors. The US company Curaleaf, for example, was even able to reduce its losses in the past quarter against the trend. The fact that the company made progress in terms of profitability compensated for the fact that sales were slightly below market expectations, rising by 188.79 per cent to 61.8 million US dollars.

Cresco Labs also performed much better than expected in terms of profit development. Growth was significantly better than that of its major Canadian competitors, with the company posting sales of USD 36.2 million in the past quarter – 184 per cent more than in the same quarter of the previous year. In contrast to Aurora Cannabis, for example, EBITDA was positive: Cresco generated underlying earnings of USD 11.1 million.

And a third smaller cannabis value also delighted investors with surprisingly positive figures: Green Thumb Industries also delivered positive earnings before interest, taxes, depreciation and amortisation in the past quarter. The US group earned 14.1 million US dollars, while revenues rose by a whopping 296 per cent year-on-year to 68 million US dollars. On balance, GTI was even able to reduce its loss from USD 22.2 million to USD 17.1 million.

Why US Dwarves Outstrip Canadian Giants

And in 2020 things could continue to go better for the smaller companies than for the Canadian market leaders – the prospects are good that Curaleaf, Cresco and Green Thumb Industries could write a better growth story. All three US companies have strong market penetration in the coming growth market of the USA and also have numerous locations there. Acquisitions are expected to have a positive impact on sales development, and new licenses for stores should ensure that the goods are distributed to as many customers as possible.

A problem that Canopy Growth and Aurora Cannabis still find difficult to solve – the lack of sales outlets, in particular, is said to have been one of the main reasons for the weak figures of the Canadian giants. In particular, it is in densely populated areas where demand is likely to be highest and where there is little opportunity to sell due to a lack of shops. The companies blame primarily the Canadian government for this, which would not license retail stores and therefore ensure that the Canadian market is much smaller than it could be.