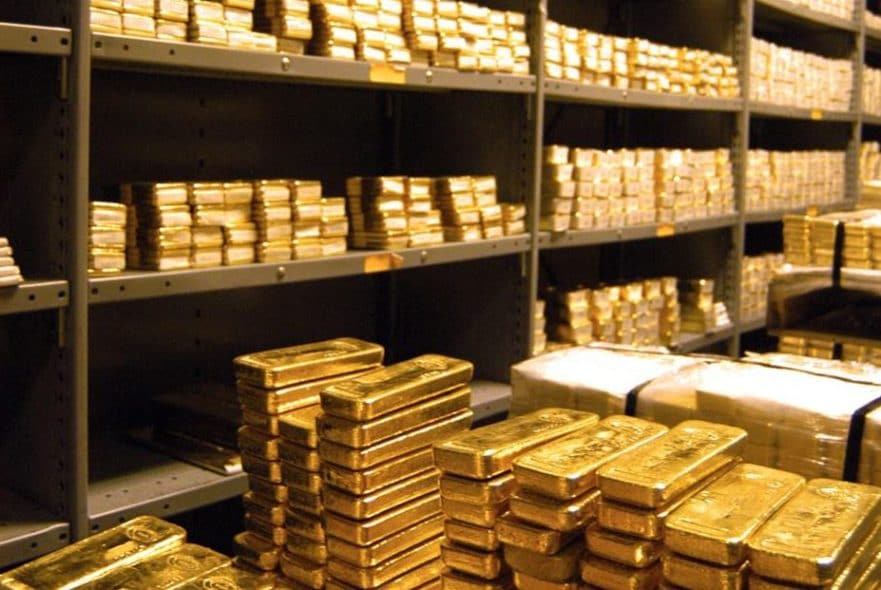 Central banks around the globe continued to increase their gold reserves in August. Turkey was particularly hungry for the precious metal – the country’s central bank did not allow itself to be deterred by the high gold prices in the summer.

In the weak month of July, the international guardians of the currency had only stocked up on 12.8 tonnes of gold; just a month later, at 57.3 tonnes, it was almost 4.5 times as much as data from the World Gold Council shows.

The Turkish central bank alone bought 41 tonnes of gold in August – no central bank increased its gold reserves more than the Turkish monetary authorities. Turkey thus accounts for around three-quarters of August demand.

The Turkish central bank confirmed the increase in gold reserves in August, but according to official data, the stock has risen by 7 tonnes. The currency guardians probably chose a rather unfavourable time for their gold purchase: The price of gold had risen sharply recently and had risen to a seven-year high. In lira, it was even more expensive for the central bank: the gold price had reached a new record high against the national currency in August.

The fact that multiple central banks around the world are replenishing their gold reserves is not a new phenomenon and is due in particular to numerous geopolitical uncertainties. In addition to the trade dispute between the world’s two largest economies, the USA and China, it is also an attempt to become more independent of the US dollar. The focus of the currency watchdogs is on secure, liquid assets. Among central bankers, gold is regarded as a crisis-proof investment, and it also helps to diversify reserves.

Turkey has yet another reason to stock up massively on the precious yellow metal: Inflation in the country is high. Although consumer prices in August reached their lowest level since May 2018, the inflation rate is still high at 15.01 per cent. This was due to the weak national currency, the lira, which made imports significantly more expensive and caused the cost of life support to rise sharply.

Tense relations with the USA

The gold reserves are intended to support the currency, which would come under further pressure in particular if the central bank were to adjust key interest rates downwards. It has been agreed among experts that it will do this: Turkish President Recep Tayyip Erdogan has repeatedly called for a massive rate cut. Only in September did the central bank cut the key interest rate sharply from 19.75 percent to 16.50 per cent, which was even a clearer step than experts had previously expected.

In addition to the expected future monetary policy, the smouldering conflict with the United States is also a reason for Turkey to increase its gold reserves: The country is threatened by sanctions from the USA, which could hit the economy hard and put the lira price under pressure again. Earlier this week, US President Donald Trump threatened economic destruction after facing massive criticism of his announcement that US troops would withdraw from northern Syria. “If Turkey does anything that I consider taboo in my great and incomparable wisdom, I will completely destroy and wipe out the Turkish economy.”