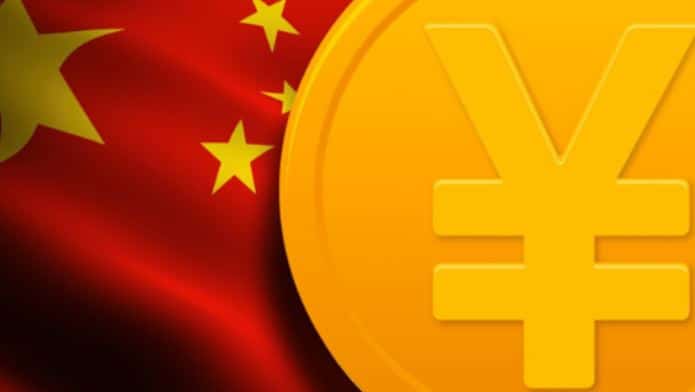 Facebook’s Libra plans have startled Beijing. But now China is setting the pace: its digital currency is to replace cash. Pilot tests are already underway in four major cities.

China has been testing its planned national digital currency for several weeks. According to the state news agency Xinhua, the research institute for the digital currency of the Chinese central bank confirmed corresponding media reports from the weekend. According to these reports, pilot tests have started in the four Chinese cities Shenzhen, Suzhou, Xiong’an and Chengdu.

In Chinese social media, screenshots of apps were circulating that are supposed to bring the necessary software for the digital currency to the end devices of the citizens. According to the report, the Central Bank’s research institute stressed that the digital yuan, also known abroad as “E-Yuan”, has not yet been officially issued.

Therefore, beyond the testing environment, the ongoing closed-ended test will not affect the business of listed companies, the issuance and circulation of the national currency, the financial market or the social economy.

China has been in a race with other governments and private corporations for some time to see who will be the first to develop its cryptocurrency. In the People’s Republic, the work began several years ago, and in the past two years, the efforts have been stepped up, according to the Chinese central bank.

Countries such as Canada, Uruguay and Sweden are also working on national digital currencies. Chinese efforts gained additional momentum after the US internet company Facebook announced in 2019 that it was working on its digital currency called Libra.

Trade with the Best Brokers for Cryptocurrency

According to earlier information, China wants to use its digital asset first to reduce the amount of cash in circulation. The traditional means of payment could be forged comparatively easily and used for money laundering and terrorist financing, it was said. Counterfeit money has long been a significant problem in China.

Today, people tend to be more exotic when they still pay with cash in the People’s Republic. The most abundant banknote available is 100 yuan – the equivalent of around 15 US dollars.

The popularity of digital means of payment such as the apps Alipay from the domestic Internet company Alibaba or WeChat from rival Tencent has been growing for years.

As the Wall Street Journal reports, citing a Chinese official, a district in the south-eastern city of Suzhou near Shanghai will start paying part of its mobility grants to officials in the new digital currency in a test run starting next month. The officials will install an app on their smartphones.

Critics fear that the Chinese government will be able to use its digital currency to monitor citizens’ private activities even more closely. China already controls the movements of its citizens through a dense network of surveillance cameras, for example. According to media reports, unlike Bitcoin, the forefather of the crypto coins, for example, the currency is supposed to enable financial transactions to be traced precisely.

It is still unclear how the digital currency will be technically structured. In a speech, the head of the Central Bank’s research institute, Mu Changchun, spoke of the virtual coin being based on a two-tier system. The central bank is not supposed to issue the currency directly. Instead, it should be brought to people through commercial banks.