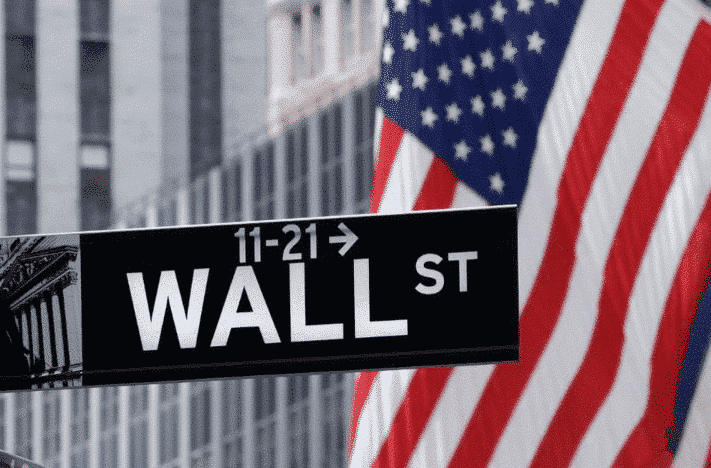 On Wednesday, profit warnings at German corporations discouraged investors from making further purchases at Dax & Co. Even the current interest rate cut fantasies in the USA did not help. On Wall Street, on the other hand, the sun is shining once again.

Until the end of floor trading in Germany, the Dow Jones Index in New York remained above the 27,000 mark, a new record high. The market-wide S&P 500 and the Nasdaq technology bear index also stay in a festive mood. U.S. President Donald Trump was so excited about the new jump of the Dow, that he sent out an appreciative tweet. The Late DAX, on the other hand, had to fight against a slide below the 12,300-point mark, which means a minus of about half a per cent.

The U.S. stock markets are in a good mood, above all because of hopes of a cut in key interest rates in the USA. New inflation data had fueled these further in the afternoon – with some limitations. Although inflation continued to decline in June at 1.6 per cent, the “core rate”, i.e. inflation excluding energy prices, rose more sharply than expected to 2.1 per cent. This could “complicate” the Federal Reserve‘s interest rate decision at its next meeting at the end of the month, NordLB analyst Bernd Krampen says. Most experts expect interest rates to be cut by a quarter of a percentage point.

Euro up first, then down slightly

The common currency is trading at 1.125 dollars in the evening and about the previous day’s level. On Wednesday, U.S. Federal Reserve Chairman Jerome Powell confirmed signals of an imminent rate cut in the U.S. As a result, the euro had appreciated significantly. The players in the forex market no longer seem to be so sure that the U.S. is about to take a significant interest rate hike of half a percentage point.

Oil prices did not increase further on Thursday after the jump from the previous day. A barrel (159 litres) of Brent North Sea currently costs 66.66 dollars. Oil prices have recently continued to benefit from the recent development of oil reserves in the USA and a worsening situation in the Persian Gulf. Oil prices are therefore also supported by concerns about the military conflict in the Middle East. The Opec oil cartel, however, assumes that the global oil volume will be “too high” in the coming months due to strong production in the USA.

The shares of the dialysis specialist FMC and the parent company Fresenius occupied the top positions in the Dax on Wednesday. The U.S. government’s plans to reform the treatment of dialysis patients are encouraging investors to buy shares.

Donald Trump has signed a decree which includes the relocation of dialysis treatments from clinics to patients’ homes. Besides, accounting with health insurance companies is to be reformed. So far, details have been missing, but according to model calculations, FMC could save several thousand dollars per year and patient in the future, wrote analyst Tom Jones of Berenberg Bank. | more

On Wednesday evening, it became known that the planned restructuring of the group would also result in significant job cuts in Germany. “Of course, a substantial number of jobs will also be cut in Germany,” Deutsche Bank CEO Christian Sewing told the “Handelsblatt” (Friday). “It is important to note, however, that the reduction already planned in the course of Postbank’s integration is already included in the total number.

The German airline Lufthansa started the summer with increased passenger numbers and full aircraft. Europe’s largest airline, together with its subsidiaries Swiss, Austrian and Eurowings, carried around 13.8 million passengers in June, 4.5 per cent more than a year earlier, as the company announced in Frankfurt on Thursday. The load factor for jets improved Group-wide by 1.6 points to 85.2 per cent. Demand has thus risen more strongly than the seats offered by Lufthansa.

The price of Bitcoin fell last night on the Luxembourg platform Bitstamp towards the 11,000 mark. The most recent cyber exchange rate was 11,665 dollars, a loss of over 13 per cent. The day before the Bitcoin had quoted at over 13,000 dollars. Experts explain the price slide with profit taking after the bull market of the past weeks.

On top, Donald Trump couldn’t help but tweeted on Thursday during the U.S. session, that he was “not a fan of Bitcoin and other cryptos”…