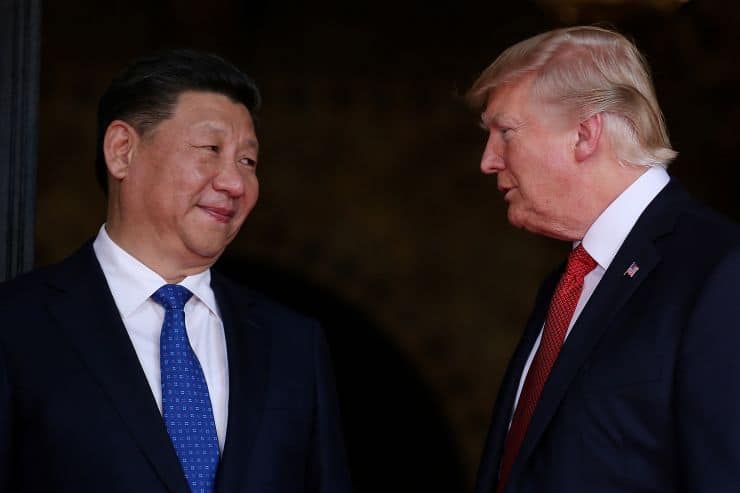 NEW YORK (dpa-AFX) – Wall Street should resume its record chase at the beginning of this week’s trading as a result of the rapprochement in the US-Chinese trade dispute. On Monday, about three-quarters of an hour before the start of trading, the broker IG rated the leading US index Dow Jones 0.94 per cent higher at 26,850 points. At their G20 summit meeting over the weekend, US President Donald Trump and China’s Head of State and Government Xi Jinping agreed on a “ceasefire” in their countries’ trade wars. Both sides now want to resume negotiations to end the customs dispute. Surprisingly, Trump also lifted the ban on China’s telecom giant Huawei for the time being. Also, the US President promised to temporarily suspend the threatened extension of punitive tariffs against China, which was a precondition for Beijing.

In the past week, investors on Wall Street had dived in places because they wanted to wait for the meeting to end. Nevertheless, thanks to the rally in the first weeks of June, the Dow Jones has already moved close to its high of last October, also boosted by the prospect of a loose monetary policy on the part of the Fed. This had signalled further interest rate cuts should the economic outlook deteriorate further. Not least the US-Chinese trade dispute had caused the cloudiness. On the corporate side, investors are likely to focus on technology and semiconductor stocks, as they have done on many other world stock exchanges. In particular, the sanctions imposed by the USA on Huawei, which is an important customer of several chip manufacturers in the USA as well, had recently made life difficult for the industry and put a considerable strain on stock market prices. Pre-IPO indications on the Nasdaq technology exchange saw their prices rise by more than six per cent in each case. For these suppliers of smartphones from Huawei, the partial lifting of sanctions is “very good news”, says Caso. This would remove a heavy burden from the companies in Huawei’s supply chains. As in Europe, the relief for investors could also benefit car manufacturers. US manufacturers such as Ford and General Motors showed a pre-market plus. The trade dispute between the USA and China, including high tariffs for vehicles, had put a severe damper on the automobile economy and weighed heavily on the share prices of the industry. Market participants should also keep an eye on oil stocks – the oil price rose significantly on Monday, after the critical oil-producing countries Russia and Saudi Arabia had already agreed at the G20 summit on a further continuation of the production limit. In the meantime, negotiations have begun in Vienna between the oil cartel Opec and other states (Opec+) on maintaining the cut in oil production.