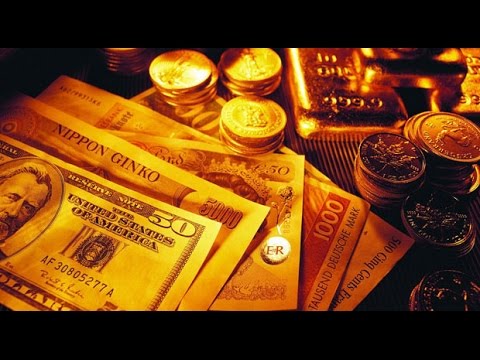 Recently, the gold standard, the monetary regime with which governments fixed the national currency to gold, has returned to interest. With the gold standard system, the conversion of banknotes into gold was free and immediate. If I owned 100 dollars, it means I owned an equivalent amount of gold at the US Federal Reserve System or the central bank of another country.

What are the best broker for trading CFD Gold?

Continuing the reading you will learn what the gold standard is, the history of the monetary system and a comparison with the current system called fiat system

What is the Gold Standard System?

The gold standard is a monetary system (also called system of gold monometallism). Thanks to this system a nation fixed the value of the legal tender currency, paper or metal, directly to the value of gold.

With this system, the nations allowed the holders of currency to convert it into a fixed quantity of gold.

The nation set the price of gold and was bought or sold at that price. The fixed price also made it possible to determine the value of the legal tender currency. For example, in the United States of America, the price of gold was set at USD 500 per ounce, and consequently, the value of USD 1 was 1/500th of an ounce of gold.

Why we used the gold standard in the past?

The gold standard had its positive sides because of its power of limiting men from producing money. Printable banknotes were now linked to the actual amount of gold that a state had.

In particular, the system was working to avoid excessive inflation and, at the same time, to remedy the evils of deflation of the monetary system.

The objective of monetary policy was, as it is today, to contribute to the promotion of a healthy and stable economic system that favours the full employment of people.

READ ALSO
The future of CFD leverage in Australia

The rule was simple, you could not print more banknotes than gold in the coffers, and it worked very well to avoid excessive inflation. The other side of the coin was equally frightening; strict compliance with the rule could lead to devastating monetary and economic instability with even political unrest.

International trade was also based on the gold standard. Trade between nations was based on the use of physical gold. It is easy to imagine how nations with more resources and capacity could accumulate large quantities of gold, while nations forced to import many goods and raw materials had a low level of gold available.

The disproportion between states was, therefore even more marked.

Which governments use the gold standard today

Any state no longer uses the gold standard system in the world.

What is the Gold Exchange Standard?

What is a standard gold exchange, the encyclopedia tells us instead. It is the gold standard, indicating the monetary system that allowed the convertibility of legal tender banknotes at a price set by the markets, into foreign currencies that in turn were convertible into gold.

The conversion of legal tender currencies into physical gold is an international monetary system that worked from 1945 to 1971, then replaced by the system of fiat currencies no longer linked to gold.

The banknotes, in particular, the US dollar, were no longer guaranteed by the gold kept in the coffers of the central or local banks, but by the States themselves.

The Gold Standard System compared to the Fiat System.

As stated above, the gold standard refers to a monetary system in which the value of the legal tender currency is closely linked to the gold held by the State.

On the contrary, the fiat system does not maintain any kind of link with the commodities and its value is established on the basis of the price fluctuation practiced on the currency markets, at the moment of the exchange with other foreign legal tender currencies.

READ ALSO
The use of cryptocurrencies and blockchain

The foreign-exchange market for legal tender foreign currencies is, therefore of primary international importance and fundamental to the world economic system.

From a guaranteed point of view, there is no longer a precious physical good to guarantee the validity of the currency, but it is the State that guarantees that the currency is valid. A kind of pact is then made between the State and its citizens, which guarantees the use of currency and full acceptance by citizens, but also guarantees its validity to buy goods and services and pay for anything.

The word fiat is Latin and comes from the present Latin conjunctive proud that means to become. The word fiat is used in the Bible to indicate the instant when the light was shed on Earth: fiat lux.

This is exactly what happened in the phase of transition from the gold standard system to the fiat system, governments, by law, established: from today fiat lux. And the fiat legal tender currencies were.

History of the Gold Standard

The history of the gold standard is 5 thousand and passes years, has crossed the millennia and accompanied the history of humanity.

Over the millennia the economy has changed considerably, some peoples have disappeared, leaving the place to others. Gold has never ceased to have the same attraction, the same charm for all civilizations. Initially used as a material to forge furnishings suitable for the cult of the gods, from 700 BC it became a currency in all respects to buy and sell goods.

The gold then became a monetary unit, but imperfect because the coins considered irregular were trimmed and the gold obtained from trimming was used to be melted into gold bars used as gold reserves by its owner.

Moving on to more recent times in history, in 1696 the Great Recoinage of the British government introduced a technology that made it possible to automate the production of coins and thus avoid the cutting of coins.

The discovery of large gold deposits in the following centuries gave rise to the gold rush and a greater spread of the precious metal.

In 1700 a paper currency was introduced in Europe that served as a debt instrument, and was used by private individuals. Thus, within a couple of centuries, paper money changed from a debt instrument linked to physical gold to a legal tender currency of its own value.

So far you have been able to read what the gold standard is, how it worked and what it meant for the world economies to have a system in which trade was linked to the possession of gold.

Continuing your research and studies, you may now be interested in the guide investing in gold and precious metals.