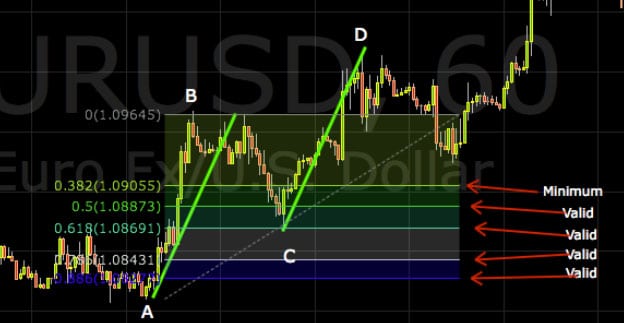 In the markets, we will often find harmonic moves, such as AB=CD patterns. These patterns are often found and can be very profitable if traded right. When we say traded right, we mean in conjunction with other elements in the market, a DT/DB comes to mind. Other elements include fib clusters, RSI or different oscillator OB/OS, Divergence and the holy grail, Structure! But we will go into that in later lessons.

Harmonics or Harmonic moves are nothing more than same distance moves that happen all the time in the markets. We find it important to point out that an AB=CD pattern is NOT the same as a harmonic move. You can surely have a harmonic move without it being a pattern; they are although similar. Let’s take a look at some harmonic moves: 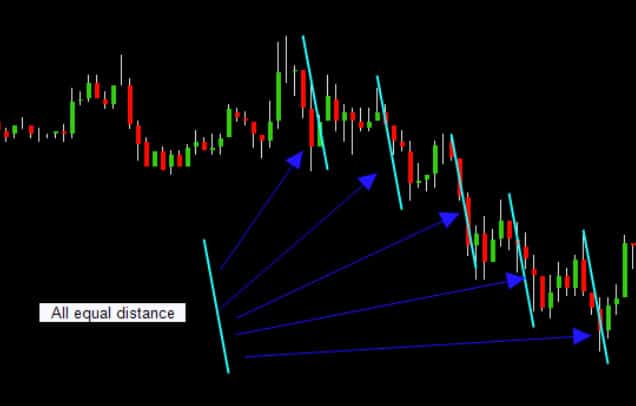 Like we see in the example above an AB=CD pattern can touch anyone of the fib lines and still be valid. The “perfect” AB=CD pattern, if there is a thing out there, is if the B-C retracement touches the 61.8, then it is considered to be perfect. A common question is “what if my harmonic moves don’t match exactly?” Nothing in the markets is perfect, but there is a line. If you have a chunk missing from your completion point, it should not be considered as a harmonic move or an AB=CD. However, if there is a little missing or a little added on to the move, that is okay, you will see this more and more when identifying the moves and patterns and understand what it is when we say “a little”. Let’s see an example on this: 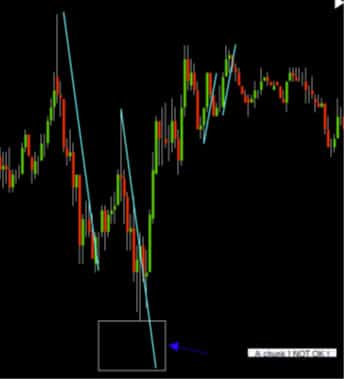 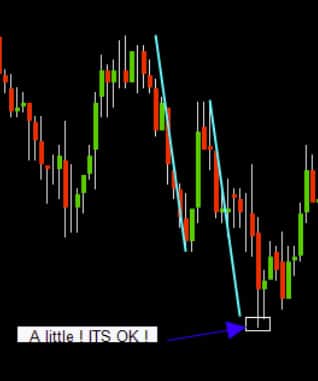 Now we should know and have a good understanding of what this pattern is and more importantly what it is not. If you would go out and scan the markets, look for every ABCD pattern and trade it, you would quickly become broke. The ABCD is an excellent indicator of predicting was a market is likely to pause or reverse, but by itself, it does not mean much. We use the ABCD in conjunction with fibs, structure and Improved pattern recognition. This will all become very clear when we start to add all out knowledge together. As we continue on, we must implore you to take the time to train your eyes to see this pattern; the ABCD is the foundation of the Improved patterns you will learn about in a later lesson.