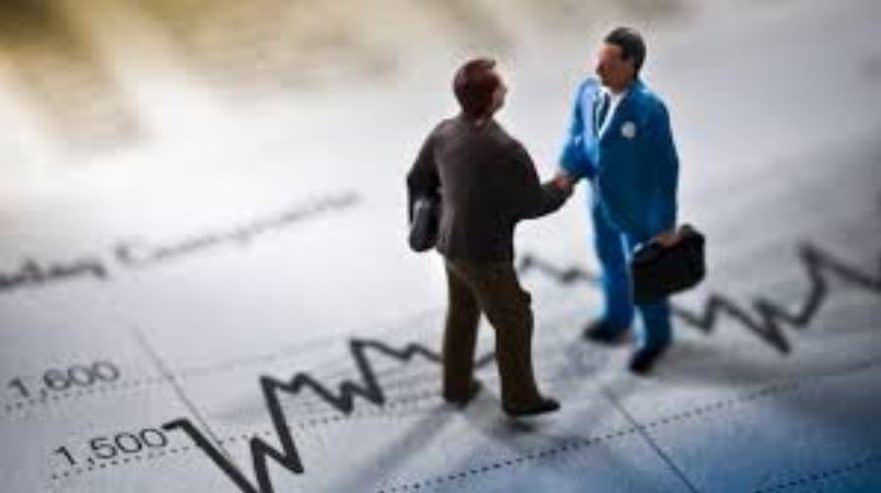 Hedge funds have been a hot topic of debate for years. Some investors are jealous of the supposedly gigantic profits generated by some of these constructs traded on the US market. Others are wary because they see altogether incalculable risks and poor liquidity for the investor. Who is right?

Both are – in their ways. Let’s take a look at what hedge funds are and how they could be seen as an investment for private investors.

What is a hedge fund anyway?

It is not so easy to give a clear outline. “Wikipedia” provides us with a pretty decent explanation: Hedge funds can be actively managed investment funds that try to achieve an above-average return by taking higher risks.

In principle, hedge funds are nothing more than alternative investments. Alternatively, because they are not traded on the stock exchange like shares or bonds, but are only accessible to a particular group of people. The minimum investment volume of most hedge funds is $500,000 or more. For this reason, they are often referred to as the investment funds of the super-rich.

In their country of origin, the USA, investors must have at least one million dollars of capital and a very high monthly income to be allowed to invest in hedge funds at all. Although hedge funds are only accessible to a limited group of people, they have an amazing volume. It is estimated that hedge funds currently manage more than $1.9 trillion worldwide. These figures suggest that hedge funds can have a very significant impact on governments, businesses and our economic system.

Generally speaking, hedge funds function similarly to traditional investment funds. In both cases, the fund manager collects money from investors and invests these sums in different projects. The aim is always to achieve the highest possible return for investors. However, this is where the similarities end because, in contrast to traditional investment funds, hedge funds are incredibly unregulated, have limited availability and may also sell short.

This means that a hedge fund only differs from a regular, actively managed fund (regardless of whether it is about equities, bonds or commodities) in that it is “allowed” to do more. Hedge funds could do just about anything when it comes to the typical hedge funds known to the media from the USA: sell stocks short, act on credit, arbitrage, use levers, and so on.

This also means that hedge funds are not what they seem to be purely by name, and that is something that must be emphasised. Hedge funds should not “hedge” the investor’s capital, i.e. protect it against strong downward movements.

The first fund of this kind, established at the end of the 1940s, was the first fund that specifically went short to benefit from the downward movements, which led to this name. Because this “shorting”, at that time new territory at fund level, looked as if one was hedged in this way in a bear market. And in principle, that was also the purpose of the fund. But that doesn’t mean that a hedge fund only gains when it goes down.

No matter how, hedge funds are about big profits – a dangerous game!

Hedge funds try with all conceivable methods to achieve as much profit as possible. With so-called “offshore hedge funds”, just about anything is permitted, as mentioned above. Some also act as “locusts” and try to take over companies.

This means that hedge funds act like speculative traders. But in contrast to those not with their own money. Instead, the capital of the investors, who entrust them with their money, is being used. What they do with it is more or less regulated (in the EU more and in other countries, like the USA, for example, less). And so success depends crucially on whether hedge fund managers understand their trade. And that is not always the case.

The widespread view that you would get rich as an investor with hedge funds depends on whether you have caught the right hedge fund with extensive research and great deliberation or not. If not, the losses can be far, far higher than if you threw a dart on the stock exchange list, and so select your stock positions!

2018 was a negative year for hedge funds

Although 2018 was a year of strong, often long-lasting equity market trends, overall hedge fund performance was extremely weak: hedge funds lost 41 billion US dollars out of total assets under management of 3.19 trillion. This translates into a minus of 1.28 per cent. On top, there will then be additional fees for private investors. But the whole story gets even more problematic if you take a closer look.

It is estimated that there are currently around 4,500 different registered hedge funds worldwide. The figures are not completely accurate because some of these constructs are hedge funds, but call themselves different. And then others call themselves hedge funds but are not really hedge funds at all. The vast majority of these are in the category of “offshore hedge funds”, which are not tradable in Europe for example. That is by no means tragic, because:

The “subdued” funds of hedge funds under UCITS

Short selling, speculating on credit and then also a problematic way to get your money back out of a fund.

Such things mean risks that cannot be reconciled with regular investing. That’s speculation, and one could even regard it as “gambling” after a certain degree. Important financial authorities, like BaFin or the Federal Financial Supervisory Authority, also see it that way and do not allow these funds in Europe. On the other hand, so-called “funds of hedge funds” are permitted under regulations for UCITS (undertakings for joint investments in tradable securities).

These funds of hedge funds invest in various individual hedge funds, i.e. they represent a type of hedge fund fund, whereby clear rules also apply here. In principle, short selling prohibition, limited use of outside capital, no arbitrary use of leveraged derivatives. The goal is clear and understandable: The aim is to prevent investors from losing their money.

The dangers of classic hedge funds

Hedge funds are usually a “black box” because the investor does not know exactly what the fund managers are doing with their money.

The performance is entirely dependent on the abilities of the fund managers and their strategies. If things change, what was an excellent performance for years can suddenly turn into a belly landing.

Hedge funds are not easy to get on the stock market like shares. And if you want your money back, you often have to give weeks, sometimes months notice.

These funds of hedge funds, also known as “alternative investments”, are not too numerous, there are currently around 50 of them. Their structure is often described as a kind of “hybrid” between ETF and hedge funds. Their performance is very different, but there is nothing that corresponds to the fairy tale of gigantic profits from hedge funds.

The differences are not gigantic, and the deviation from the index performance is not such that one would have the impression that one has to be there. And there’s one thing you shouldn’t overlook:

In addition to the risks that still exist with funds of hedge funds, i.e. being “at the mercy” of the fund management in every respect, there are also other risks.

On top of this, five per cent front-end load is not uncommon, nor are annual fees between 1.5 and 2.0 per cent.

Added to this is the problematic tradability, because many of these products can only be traded directly via the issuing investment company and not directly on the stock exchange.

Hedge funds are only suitable for private investors to a minimal extent.

Originally, offshore hedge funds, i.e. not regulated hedge funds, which usually have their headquarters in tax havens like the Cayman Islands, were intended for institutional investors, that would use these hedge funds as an additional element. The idea of also getting private investors enthusiastic about hedge funds started in the USA. However, there aren’t that many success stories of retail investors that got rich with these financial instruments.

The stricter rules that apply here limit the risk, but also the opportunities. The resulting costs and the lack of trading options are added as shortcomings. Therefore, one should select very carefully and put such a fund of hedge funds only as an admixture in the depot. However, these instruments with the exciting-sounding name “hedge funds” are not suitable as the foundation of a custody account such as classical funds or ETFs.

In this article, we learned that hedge funds, like traditional investment funds, collect money from investors and invest it. However, hedge funds differ from traditional investment funds in that they can invest riskier because they are less regulated. Hedge funds are also allowed to sell short and can invest capital on a longer-term basis, as there are long minimum maturities.

Although hedge funds are not of interest to most private investors, it is important to know how they work because they are an influential player in our economic system.