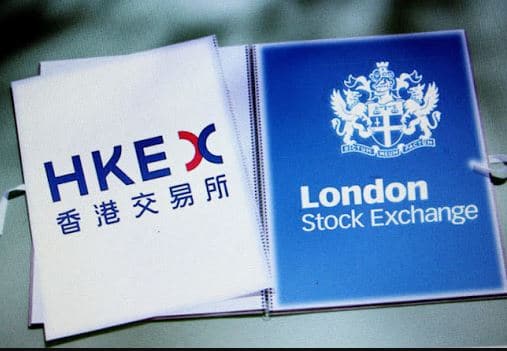 A merger between the London Stock Exchange and Deutsche Börse failed a few years ago due to resistance from the EU Commission. Now the British are receiving another offer – this time from Asia.

On the largest stock exchanges in Asia and Europe, a mega-merger is possibly in the offing. On Wednesday, the Hong Kong stock exchange surprisingly approached its counterpart in London with a takeover bid. The share price of the London Stock Exchange rose by more than 15 per cent after the offer.

The offer would value the London Stock Exchange (LSE) at 29.6 billion British pounds without debt (about 33 billion euros), the Hong Kong exchange operator HKEX announced on Wednesday. The LSE announced that it wanted to examine the plans. It called the move of the Hong Kong stock exchange “unsolicited and provisional”.

According to HKEX, a merger would not only create one of the world’s leading financial market groups but would also strengthen both businesses. The transaction also promises high synergies. For example, HKEX is striving to integrate its trading platforms into the London system. The operator stressed that a deal would be in the interest of all shareholders.

HKEX had already taken over the London Metal Exchange in 2012 for 1.4 billion pounds. The LSE was also already in the focus of merger projects: A merger with Deutsche Börse failed a few years ago due to a veto by the EU Commission.

According to the Hong Kong Stock Exchange, the offer from a cash payment and newly issued HKEX shares represent a premium of almost 23 per cent on the last stock exchange price of the LSE. HKEX is aiming for a merger agreement but also reserves the right to make a takeover bid. Details will be discussed with the management of the LSE. HKEX has made a long-term commitment to the Hong Kong and London stock exchanges and is planning a second listing of its shares in the British capital. The LSE share has since risen by more than 15 per cent.

Ronald Wan, head of investment advisor Partners Capital International in Hong Kong, sees high hurdles in the deal – especially political ones. Hong Kong is a special administrative zone of China. A takeover of LSE by HKEX could also be seen as a takeover by China. A transaction is politically “super sensitive”.

British Economics Secretary Andrea Leadsom said on Bloomberg TV that the government would closely investigate any merger between the exchanges. Above all, they would look very closely at anything that could have a security impact on the UK.