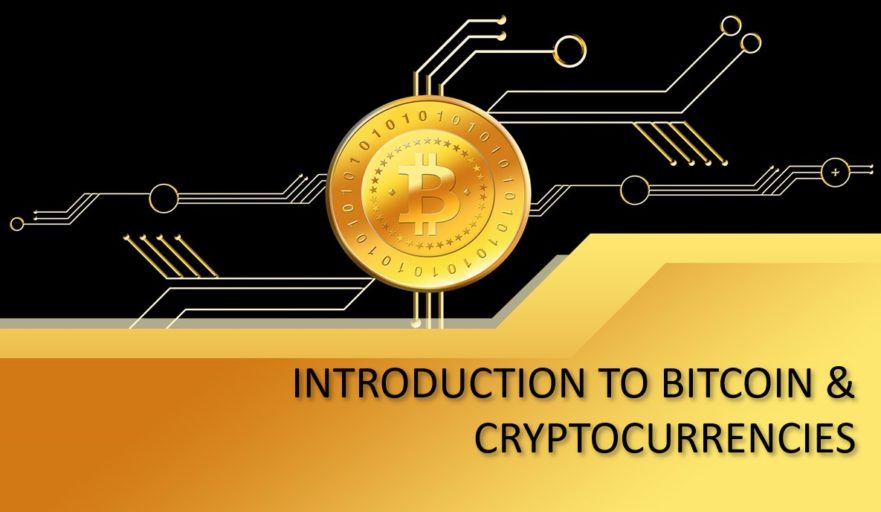 A cryptocurrency, to put it as simple as possible, is a form of digital money that can be used to transfer value in a digital environment.

You may be wondering how it differs from payment systems such as PayPal or the digital banking app you may have on your phone. They certainly seem to serve the same use cases on the surface – paying businesses or friends, shopping on your favourite website – but under the bonnet, they couldn’t be more different.

Several elements are critical to making cryptocurrencies work. In the following article, we will try to break these concepts down into manageable pieces before putting them together at the end.

Cryptocurrency is a collective term for a range of digital money systems. They rely on robust cryptography to enforce property rights and ensure secure transactions. They are not operated by one single entity but by a decentralised network of participants coordinating around a common set of facts.

The financial system, as we know it today, is literally overrun by middlemen. Every transaction you make that is not a personal cash payment triggers a chain reaction in your bank’s database. Although it may appear on the outside that you are simply using your card to buy a coffee, in reality, the merchant contacts your bank, which ensures that you have the authorisation (and the balance) to make the payment. The money does not even exist in your account: The bank just keeps a ledger that says it owes you the money.

To make a long story short: The backbone of our financial infrastructure is incredibly centralised – at the push of a button, a few key players could make your savings disappear. In a cryptocurrency network, that backbone doesn’t exist. Well, it does exist, but in a different way.

Take a country where there are ten banks serving 1,000,000 people. Each bank is heavily regulated and has to pass countless checks before it can start serving its customers in the fiat currency system. Customers have certain legal guarantees, but they have no control over the money they keep in the banks.

With a cryptocurrency, we don’t make a distinction between ‘banks’ and ‘customers’ – each user is their own bank. There are regulations, but instead of being enforced by middlemen, they are enforced by software. Starting your own bank (what is technically speaking called a node) is really as simple as downloading a program and running it on a computer – usually, a low-end device will do.

This software connects to the internet and looks for other computers running the same programme to connect to. All banks connect to a number of others in this way, creating a peer-to-peer network.

This means that there is no central source of information: as soon as a node creates new information (or receives it from another node), it sends it to everyone it is connected to. They will do the same and ensure that the information is spread quickly throughout the network and that all participants can stay up to date.

What information is shared by these nodes?

The nodes exchange information about transactions. This is often referred to as a distributed ledger, as each node stores a very long list. The list is updated frequently, appending a series of transactions each time.

Since there is no bank or trusted party to rely on to maintain records, each node must do this itself. When a new set (called a block) of transactions is propagated, the software automatically verifies that it was created within the rules of the system. If the entity that created the block has tried to spend funds that do not belong to it, the network will automatically reject it.

Anyone can create a block. Currently, the most popular method of doing this (seen in cryptocurrencies such as Bitcoin or Ethereum) is through a process called mining, but other methods are gaining ground. There is no need to worry about the details for now – all you need to know is that a good cryptocurrency makes it expensive for a participant to cheat and rewards them for acting honestly.

However, if you are interested in investing in cryptocurrencies and their future (profit), you should definitely consider the aspect of how a digital currency (and its blocks) is or was created. Because the different methods consume different amounts of energy (‘green investments’, ‘carbon footprint’, etc.) and have some other important distinguishing features that we will not go into in this introduction. Please see our advanced articles for more information.

How does a cryptocurrency work?

As the name suggests, crypto is at the heart of any cryptocurrency network. It prevents other users from spending your money, ensures that you can receive payments without sacrificing your privacy, and grants security to the entire ecosystem.

At the user level, your entry point into the network is a private key. This is an enormously long string of numbers that would be impossible to guess, even with the help of high-powered computers. In many ways, it is like a password, but with the very important difference that it can’t be changed, and once it’s lost, you can never recover it.

Once you have generated a private key (which can be done on virtually any device), you can now derive public addresses from it – these are strings of characters that you can pass on to other users so that they can send you amounts of cryptocurrency. There is no risk that someone can use the addresses to determine the private key from them.

A nice feature of this so-called public key cryptography is that users can easily prove that they have the right to spend funds, and others can easily verify that this is the case. On the other hand, if malicious actors try to send funds that do not belong to them, their transaction will not be transmitted by other nodes.

Your debit card today and tomorrow

Of course, there already are debit cards powered by VISA or Mastercard, for example, that offer payments with digital assets and almost all other asset classes, but let’s just compare how a traditional debit card transaction works and how you this would work with a cryptocurrency.

The acquirer accesses an overarching network with Mike’s request, which then queries Mike’s bank to make sure the transaction is valid. Mike’s bank will check a few things (Is this transaction potentially fraudulent? Does he have the required funds?). The Bank of Mike informs the network that everything is fine (or that there is a problem if that is the case). The network forwards the information to the acquirer, who eventually forwards it to Jessica.

Since everything was fine with Mike’s order and transaction, he receives his coffee and hits the road again.

Now let’s take a look at how this scenario would work if Jessica, holder of Bitcoins, shops in Mike’s surf shop that accepts Bitcoin and other cryptocurrencies as a form of payment.

Unfortunately, this example is a bit lame because Bitcoin is, in fact, the worst cryptocurrency for everyday use. On the one hand, Bitcoin transactions are often very cost-intensive. On the other hand, the verifications often take quite a long time (hours or if the network is overloaded, sometimes even days!). Since Bitcoin is still the most popular cryptocurrency, we will use Bitcoin in this example nevertheless.

So Mike opens his wallet (a software that contains his public/private keys and allows him to create transactions). He generates a public address and presents it to Jessica – for convenience, he can display it as a QR code. Jessica opens her own wallet and scans the QR code. Her wallet automatically decodes it, and she is prompted to enter the amount she wants to send.

She enters the price of the surf materials she wants to purchase (a fee – depending on the cryptocurrency – is added to get the network to accept the transaction) and presses ‘Send’. The transaction is sent to the network of nodes running Bitcoin. It is captured by someone trying to create a block. If the block is accepted, the transaction is confirmed, and Mike is notified that he has received a new payment.

As you can see, there are significantly fewer middlemen involved in the Bitcoin transaction. In fact, we don’t see any: even if some nodes reject Jessica’s valid transaction, others will accept it. Cryptocurrency is the closest thing to a physical cash transfer in a digital environment.

By and large, the settlement time of cryptocurrency transactions is much faster than that of banks, which often take days to actually move – and more importantly, settle – funds on their backends!

Where can I buy cryptocurrencies?

There are many ways to buy cryptocurrencies. You can mine them, earn them by selling goods or services or simply buy them directly from so-called cryptocurrency exchanges. Later we will also dive deeper into the difference between truly buying and holding cryptocurrencies and ‘only’ trading them because there are Forex brokers and some exchanges out there that do not sell the actual assets but only contracts for difference (CFDs).

We believe that the future of money and finance will be in the ever-growing field of digital money and commerce. In an age where our privacy is increasingly difficult to protect and our security depends on (trusted) third parties, cryptocurrencies have emerged as a means to truly be your own bank.

Benefits include not only an increased level of privacy and security but also lower transaction times and costs. Furthermore, previously unbanked people and nations have now the opportunity to transact globally – on a level playing field, as many market experts, but also bankers and politicians put it so elegantly.