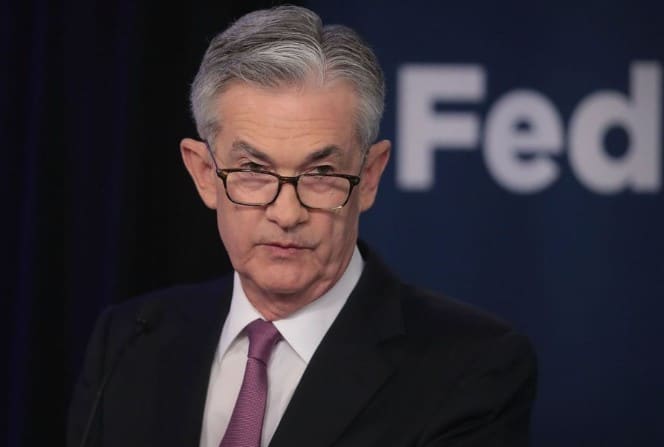 For the first time in a decade, the Fed is heading for a rate cut. The currency watchdogs are likely to loosen the reins on Wednesday. For the financial markets, a reduction of at least a quarter-point to the then-new range of 2.0 to 2.25 per cent is set.

Trade from 0.0 pips with IC Markets – Read our review

The background to this is the trade dispute fomented by US President Donald Trump, which is causing uncertainty. Besides, the US economic boom is slowing down. Further arguments for a loosening are provided by inflation, which is quite low for an upswing, to the currency guardians around Fed head Jerome Powell. However, full employment prevails, and a recession is also not foreseeable. Powell is therefore called upon not to allow a rate cut to appear as a setback because Trump has been demanding them for a long time.

While the European Central Bank is currently preparing for a looser monetary policy, the Fed will continue to do the same as the central banks in Turkey, South Korea and Indonesia, the economists at Commerzbank predict: “The US Federal Reserve is likely to sell this first rate cut in ten years as insurance against a possible weakening. At a recent hearing before the House of Representatives, Powell had already given clear signals that the key interest rate was likely to fall soon to secure sustainable growth.

Just last year, the Fed had raised the key interest rate four times – most recently in December 2018 – to the annoyance of Trump’s humming economy. Now the Fed is likely to play a backward role and thus give the US President late satisfaction: Growth in the US economy cooled in spring 2019 to an annualized rate of 2.1 per cent – after a plus of 3.1 per cent at the beginning of the year. But there can be no question of times of crisis that makes a rate cut appear imperative: it seems as if the US Federal Reserve is fighting against a phantom recession…

In particular, the labour market in the USA continues to boom and shows no signs of weakness. However, the Fed, which is expected to provide stable prices in addition to full employment, is concerned about inflation, which has been floundering for a long time. It pays particular attention to price changes in personal consumer spending, excluding energy and food costs. The latest rate of increase was 1.6 per cent, below the Fed target of 2.0 per cent. Economist Bastian Hepperle of Bankhaus Lampe finds it surprising that the Fed is now suddenly focusing on inflation expectations, which have long since fallen: “It seems more as if it is bowing to the political pressure triggered by US President Donald Trump.

All eyes on Powell

All eyes should, therefore, be focused on how Powell will justify the interest rate decision to the press. He is also likely to be asked whether Trump’s demands for an interest rate cut and the threat of his dismissal have left any impression on him: Trump has repeatedly accused the Federal Reserve of endangering the upswing with excessively high interest rates. The Fed, with its strong and too fast interest rate hikes, had been very wrong: “Don’t oversleep it again”, he twittered recently. The attacks on the independent central bank, which were unusual for a US president, culminated in the statement that the currency guardians were “clueless”. Powell could also be replaced as head of the Fed. A similar fate had befallen the head of the Turkish central bank, whose successor immediately implemented the interest rate cut vehemently demanded by the head of state Recep Tayyip Erdogan.

All of this puts the Fed in a difficult situation, not only because of the political pressure on it. Therefore, many market participants firmly expect an interest rate cut being delivered by the Fed today – and probably not the last one this year.