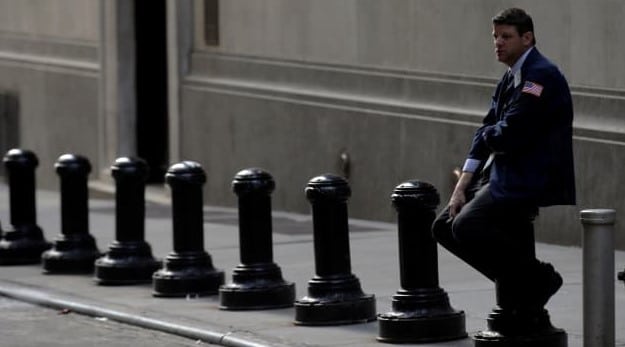 The Federal Reserve’s (Fed) only moderate curtailment of securities purchases continued to drive Wall Street today, even if the Dow Jones benchmark index lagged behind.

Otherwise, however, the mood on Wall Street remained buoyant – except for the Dow, all other major stock indices set new records today. Investors celebrated, in particular, yesterday’s interest rate decision by the Fed. Yesterday, the Fed had decided to reduce the crisis aid decided in the corona crisis gradually. However, the low key interest rate will remain unchanged for the time being – so the Fed is in no hurry to raise rates.

Fundamental tailwinds for the stock market also came from the US labour market. The situation there improved further last week.

The Dow Jones opened the session slightly lighter and ultimately lost a marginal 0.09 per cent to 36,124.23 points. The tech index NASDAQ Composite was able to gain at the start and extend its gains in the session. By the close of trading, it had climbed 0.81 per cent to 15,940.31 points.

On the previous day, the decisions of the US Federal Reserve led to significant gains on the market. The Fed will gradually reduce its monthly bond purchases and completely phase out the purchase programme in June of next year. For the time being, the monetary watchdogs will not change the key interest rate.

Investors then calmed down and were able to concentrate fully on the balance sheet season and economic data. On Friday, for example, data on the US labour market in October will be published.

The US Fed’s decisions and statements from the previous day were positively received.

The European stock markets also benefited today from the positive signals from overseas. The EuroSTOXX 50 was slightly firmer at the opening and went into the evening 0.55 per cent higher at 4,333.34 points.

The DAX was already up at the sound of the starting bell, reaching a new high at 16,064.79 points. It ultimately exited trading 0.44 per cent firmer at 16,029.65 points, just below. The TecDAX was also firmer, having already started the trading session stronger, closing 0.58 per cent up at 3,943.81 index points.

The markets were relieved about the outcome of the US Federal Reserve meeting.

The focus was also on a flood of quarterly figures. For example, the mobile phone operator Telefonica and the bank ING presented their quarterly financial statements.

The euro could not build on the previous day’s interim gains on the foreign exchange market and fell well below the 1.16 dollar mark again. The common currency had benefited from the prospect that the Fed was not thinking of raising interest rates, at least in the short term. However, this effect has fizzled out. The European Central Bank (ECB) set the reference rate at 1.1569 US dollars. There was even more movement in the British pound, which fell significantly. The Bank of England did not decide to raise interest rates today, as had been speculated recently. The monetary guardians around central bank head Andrew Bailey decided on Thursday to leave the key interest rate at the record low of 0.1 per cent.

On the oil market, the oil production alliance OPEC+ is sticking to its cautious production targets, contrary to the wishes of consumer nations. The group, dominated by Saudi Arabia and Russia, decided in an online meeting on Thursday to continue its gradual increase in daily oil production of an additional 400,000 barrels as planned in December. Observers had expected this. Oil prices hardly reacted to the decisions, even giving back some of their previous gains in the afternoon. In the afternoon, a barrel of North Sea Brent cost 82.34 US dollars, 33 cents more than the last day. US West Texas Intermediate rose eight cents to 80.94 dollars.

Gold recovered from yesterday’s sharp drop and rose almost $40 to $1,794 per troy ounce.

Most parts of the cryptocurrency market saw a consolidative move today, with Bitcoin leading the way down 2.3 per cent to $61,100. Ethereum dropped 1.4 per cent to $4,490, while Binance Coin and Solana remained almost unchanged at $557 and $242, respectively. Most other large-cap altcoins got punished harder, as usual. For example, Cardano and XRP lost 3 per cent to $1.98 and $1.18. Shiba Inu was hammered down over 13 per cent, while Terra Luna was one of the few top coins that posted gains.

The development of incoming orders in the German industry in September was weaker than expected. According to the Federal Statistical Office, it rose by 1.3 per cent compared to the previous month and was 9.7 (August: 10.4) per cent above the level of the same month last year, adjusted for calendar effects. Analysts had forecast a monthly increase of 2.0 per cent.

Business activity in the German service sector lost momentum in October. The causes were problems in the supply chains and staff shortages. According to the final data, IHS Markit’s Purchasing Managers’ Index for the sector weakened to 52.4 from 56.2 points. Overall growth in Germany’s economy also slowed in October. The composite index for production in the private sector – industry and service providers combined – fell to 52.0 from 55.5 points in the previous month.

Weaker growth rates in the industry and the service sector put a damper on the eurozone in October. The composite index for the eurozone private-sector output, which includes industry and services, fell to 54.2 points from 56.2 in the previous month, the IHS Markit Institute reported in a second release. This is the lowest value in six months. The purchasing managers’ index (PMI) for services fell to 54.6 points from 56.4 the previous month. The first data release had shown a decline to 54.7, which economists had expected to be confirmed.

Industrial producer prices in the eurozone rose more than expected in September. Prices at the producer level climbed by 2.7 per cent compared to the previous month, as reported by the statistics authority Eurostat. Economists had forecast an increase of only 2.5 per cent in their consensus forecasts. Year on year, producer prices were 16.0 per cent higher. The forecast had been for 15.2 per cent.

Initial claims for unemployment benefits in the US fell by 14,000 week-on-week to 269,000, the Labour Department reported today in Washington. Analysts had expected an average of 275,000 claims.

Non-farm productivity in the US fell an annualised 5.0 per cent in the third quarter of 2021 from the previous quarter, according to preliminary calculations. This is the most significant decline since the second quarter of 1982. Economists surveyed by Dow Jones Newswires had expected a productivity decline of 3.2 per cent.

The US trade deficit widened to a record $80.9 billion in September, driven by rising demand for capital goods such as computers and electrical equipment, as well as manufactured goods whose costs have soared as global supply chains remain disrupted. Economists had expected a liability balance of $81.00 billion.