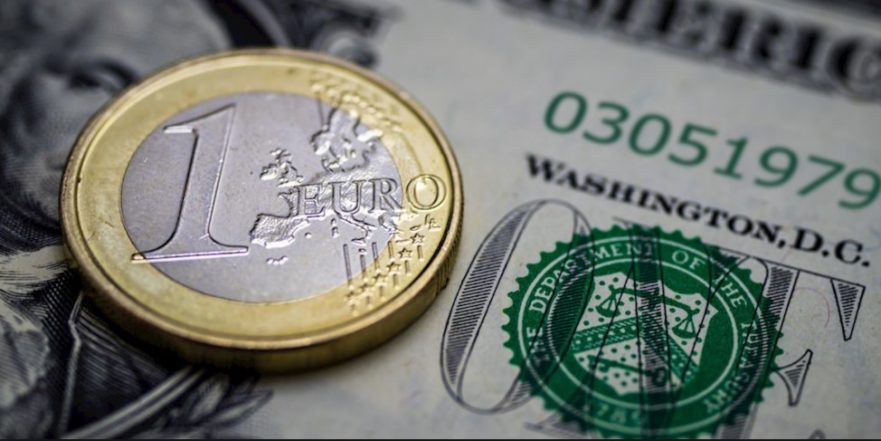 The euro hardly moved in early trading. In the morning, the common currency was trading at 1.1254 dollars, about the same level as the day before. The European Central Bank (ECB) set the reference price at 1.1269 dollars on Monday afternoon. The euro could get more movement from economic data. In the morning the economic expectations for the eurozone of the Leibniz Centre for European Economic Research (ZEW) are on the agenda. In June, the economic indicator had still fallen significantly.

The precious metal hasn’t moved much since the start of trading in the far East and is still ranging between $1410 and $1418 per troy ounce. All eyes are now on today’s US Retail Sales data, which will be released at 14:30 GMT+2.

Goldman Sachs has resumed its valuation for Daimler with “Sell” and a price target of 42 euros. The Stuttgart carmaker is currently experiencing uncertain times, wrote the analyst George Galliers, who is now in charge, in a study available on Tuesday. Although the risks for this year have decreased significantly following the recent profit warning, the Group remains confronted with challenges and profit growth is limited. Based on fundamental data, Galliers, therefore, does not see any strong drivers for a higher valuation of equities.

BMW: Who will be the new boss?

At the US plant in Spartanburg on Thursday, the new CEO of the Munich-based automotive group will be chosen. With production manager Oliver Zipse and development manager Klaus Fröhlich there are two hot candidates from the company.

Harald Krüger, former head of BMW, has thrown in the towel after four years. An active team player and engineer from our own company was sought as successor and has probably already been found. “I am sure that the company and the employees will strive for an amicable solution,” said Horst Lischka, head of IG Metall in Munich, who will be a member of the BMW Supervisory Board on Thursday.

However, the main decision-makers are Supervisory Board Chairman Norbert Reithofer, Works Council Chairman Manfred Schoch and of course the siblings Susanne Klatten and Stefan Quandt, who own half of the BMW shares.

Two mechanical engineers who joined the Management Board under Krüger in 2015 are considered favourites for the position: Production Manager Oliver Zipse and Development Manager Klaus Fröhlich. Zipse is responsible for by far the largest division in the BMW Group with its 130,000 employees. Just a month ago, he opened the 31st BMW plant in Mexico. Zipse also has to get along with the trade unions, works councils and ensures that 7,000 cars a day from Munich via Shenyang to Spartanburg always leave the assembly line the way customers want them to, whether as a large diesel SUV, hybrid or battery car. The 55-year-old manager is considered calm, objective and assertive.

Competitor Klaus Fröhlich is already 59 years old, according to observers, he would probably be more of a boss for a transitional period. But as head of development, Fröhlich has pushed ahead with future technologies, forming partnerships with the US chip group Intel and the Stuttgart competitor Daimler in order to put self-propelled cars on the road as soon as possible, without letting the costs grow into infinity.

The compulsion to an electric car

BMW is virtually forced to sell many more hybrids and electric cars soon to avoid fines in the EU but does not want to put all its eggs in one basket to be able to react flexibly to the development of customer demand. Neither Zipse nor Fröhlich would throw this strategy over the top overnight, the company says. But the style could change more quickly. The new leader might be a little more broad-legged and just say what’s what.

Observers speculate whether Fröhlich remains if Zipse gets the preference. If Zipse or Fröhlich should get the chief position, their department would have to be reoccupied in any case.

Despite a significantly reduced fine, Bayer intends to appeal an important glyphosate lawsuit in the United States. The responsible judge Vince Chhabria reduced the sum imposed by a jury from a good 80 million dollars on Monday (local time) to 25.3 million dollars. Chhabria justified this above all by stating that the relationship between regular damages and so-called punitive damages must remain within a constitutionally appropriate framework.
Bayer had already challenged the original March judgment at first instance and filed motions to reopen the case in a new trial or to reduce the fine. The Dax Group is faced with over 13 400 lawsuits in the USA alleging cancer risks from Monsanto products.

The Aroundtown real estate group raised 600 million euros with its capital increase. The total of 84 million new shares were sold to institutional investors for 7.15 euros each, the MDax-listed company announced late Monday evening.

The closing price in the Xetra main transaction was 7.50 euros. However, the price on the Tradegate trading platform fell to 7.29 euros after the announcement of the capital measure. The closing price here was 7.33 euros.

Facebook wants to introduce its planned cryptocurrency Libra only with the approval of the supervisory authorities. Concerns need to be cleared up before the launch, said David Marcus, the Facebook manager responsible for Libra, in a speech prepared for a hearing in the US Congress. Libra should neither be built up as competition to traditional currencies nor should it intervene in monetary policy. “The central banks are responsible for monetary policy,” Marcus is quoted as saying. He is to answer questions in the US Congress on Tuesday and Wednesday.

Libra should be launched in the first half of 2020. With the announcement in June, Facebook shocked central banks and politicians worldwide.