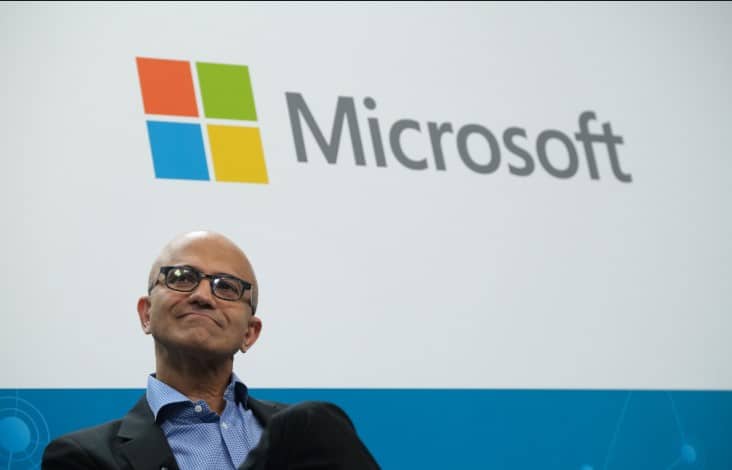 Thanks to a small chase to catch up at the close of trading in New York, the traffic lights in Germany should jump to green on Friday as well. The Dax and Dow are once again benefiting from hopes on interest rates. At the same time, many quarterly figures still have to be digested.

The Dow Jones Index closed sharply in the plus on Thursday after an initially loss-making day. The late recovery was again due to statements made by a member of the US Federal Reserve. Afterwards, the need for a rapid interest rate reaction was once again pointed out, should the US economy find itself in difficulties.

Tech sector with a question mark

Until then, investors had been struggling with mixed quarterly figures, especially from the tech sector. Especially the streaming service Netflix had disappointed investors with its growth. After the close of the US market, however, good figures were released from the software giant Microsoft.

In the wake of a recovery in US markets, the Japanese Nikkei index also posted clear price gains this morning. The stock market barometer is currently quoting 1.7 per cent in positive territory. Semiconductor stocks, in particular, rose in favor of market participants. The Dax started trading in the morning with around 12,300 points, which would is an increase of approximately 0.7 per cent.

On the currency market, the euro can continue to feel its way towards the 1.13 dollar mark. In the morning, the common currency is trading at 1.1260 dollars. Oil prices came under considerable pressure on Thursday. The price of a barrel (159 litres) of Brent crude from the North Sea has since fallen to 61.96 US dollars. Fears of further intensification in the trade dispute between the USA and China depressed prices. On Friday morning, however, the quotations recovered again. The gold price rallied during the North American session to new heights. One troy ounce of gold currently costs $1,443.

Microsoft: It couldn’t run any better than this

The software giant Microsoft remains on the road to success thanks to its flourishing cloud services. In the past quarter to the end of June, profit rose by 49 per cent year-on-year to 13.2 billion dollars (11.7 billion euros). Although this was primarily due to a tax credit of 2.6 billion dollars, the operating result also rose by a substantial 20 per cent.

Microsoft continues to make high profits from its booming cloud business with IT services on the Internet. Sales of the flagship Azure platform for companies climbed by 64 per cent. Overall, the Group increased revenues by twelve per cent to 33.7 billion dollars. Both profit and sales exceeded analysts’ expectations. Investors reacted positively: The share price rose by around two per cent after trading.

In future, the payment processor Wirecard will take over part of the card payments in the German branches of the Aldi Group. Wirecard and Aldi Nord and Aldi Süd have signed a letter of intent to cooperate in cashless payment transactions. In the future, Aldi Nord and Aldi Süd will use Wirecard to settle all payments with credit cards and international debit cards in their German stores. However, the Girocard cards (formerly EC cards) issued mainly by savings banks and Volksbanks are not included. The companies are examining whether they also want to cooperate in other areas.

The crisis surrounding the 737 Max series, which was banned from flying after two crashes, has ruined the balance sheet of the US aviation giant Boeing. In the second quarter, an additional burden of 4.9 billion dollars (4.4 billion euros) after taxes will be incurred. This should put the Airbus’ competitor deep in the red. In addition, the aircraft manufacturer announced that production costs for the entire 737 program are expected to have increased by approximately $1.7 billion in the second quarter.

However, investors were not deterred by this. On the contrary: Boeings shares even turned up around two per cent post-trading. It seems as if market participants had feared even more severe burdens.