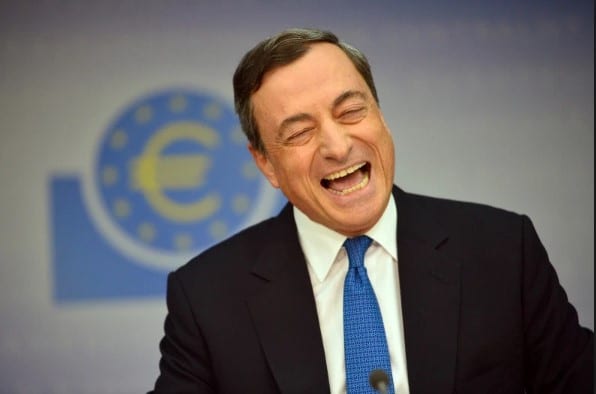 *Make it easy to trade, use EasyMarkets, read our review *

Market observers spoke of a low-pulse trading start. As the day progresses, there are no important economic data on the agenda to guide investors.

With a view to the upcoming quarterly figures, analyst Chris-Oliver Schickentanz of Commerzbank drew attention to the fact that in Europe the profit warnings of companies were recently more numerous than in the USA. However, this is also good for share prices: “Due to the recent drop in expectations, we do not expect much downward pressure,” said the investment strategist.

Before the Council meeting of the European Central Bank on Thursday, investors apparently do not dare to leave the cover. The latest quarterly figures from companies could provide some movement in the coming days.

The Dax initially went into trading at a slight discount, but then stabilised at Friday’s closing price of 12,270 points. Market experts explain investors’ caution with the European Central Bank (ECB) interest rate meeting next Thursday. Such high expectations were projected on them that many investors want to wait and see.

It is completely unclear whether central bank chairman Mario Draghi will lower interest rates on Thursday and give the go-ahead for further bond purchases, or whether he will leave this decision to his successor Christine Lagarde.

At the beginning of the new trading week, the common currency traded at 1.1216 dollars, about the same level as Friday evening. The European Central Bank (ECB) last set the reference price barely higher on Friday afternoon at 1.1226 dollars.

The Dutch medical technology group increased its sales by 6.1 per cent in the second quarter and thus grew more strongly than expected. Analysts had expected growth of only 4.5 per cent. At 549 million euros (a plus of 14 per cent), the operating result was also slightly better than forecast. However, the operating margin (Ebita) stagnated at 11.8 per cent.
On balance, Philips earned 246 million euros, significantly more than a year earlier, when only 2 million euros had been achieved. Lower costs and lower financing expenses were among the factors responsible for this. Besides, the Group recorded higher charges in the previous year in connection with its investment in the Signify lighting group.

Oil prices rose in the morning, continuing Friday’s substantial gains. The price driver on the oil market remains the concern about an escalation of the tense situation in the oil-rich region on the Persian Gulf. A barrel (159 litres) of Brent North Sea variety cost 63.49 dollars in the morning. That was $1.02 more than Friday night. The price of a barrel of the American West Texas Intermediate (WTI) grade climbed 43 cents to 56.06 dollars.

Most recently, Britain had demanded the immediate release of the British-flagged tanker “Stena Impero”, which had been stopped and confiscated by the Iranian Revolutionary Guards on Friday in the Hormus Strait, an important oil trade lane.

The gold price has stabilised around the 1,428 US dollar mark.

New models and the weakness of the domestic currency have driven the result of the South Korean carmaker. In the second quarter, profit shot up by 31.2 per cent to the equivalent of 696 million euros. Thanks to new models, Hyundai was able to increase sales in its domestic market in contrast to major foreign rivals. The weakness of the South Korean currency led to the inflow of foreign currency revenues into the domestic currency. The won lost 5.5 per cent against the US dollar this year – more than any other Asian currency.

The reluctance of insecure wealthy private clients to engage in trading transactions caused Swiss private bank Julius Baer to record a decline in profits in the first half of the year. Profit adjusted for one-off effects shrank by 19 per cent year-on-year to CHF 391 million. Although the bank was able to increase its assets under management to CHF 412 billion in the past six months, this is still a significant increase. However, Bär collected less net new money from its customers than had been hoped for: the increase was 3.2 per cent of the portfolio and thus below the self-imposed target of four to six per cent.