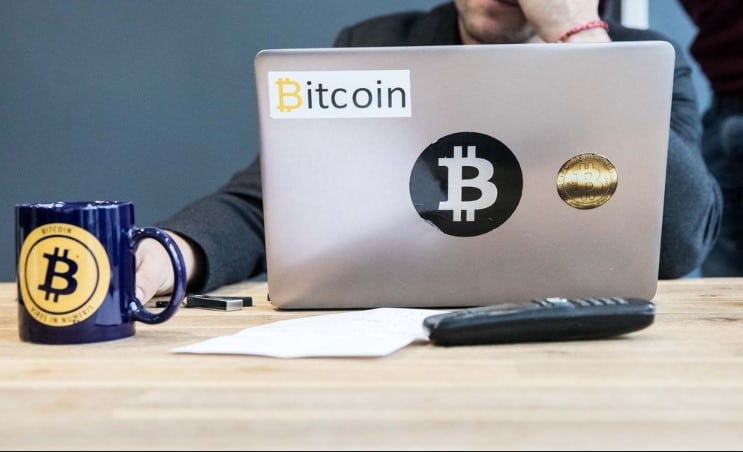 On the currency market, the euro has to hold its own again in a small phase of weakness. The euro is currently trading at 1.1215 dollars, about half a cent lower than the previous day.

*Trade EUR/USD with the best spread with IC Markets*

Brent crude oil back up, gold down

The price of oil has risen slightly, a barrel of North Sea Brent costs 64.15 dollars in the morning. WTI dropped like a heavy stone from the sky when U.S. Secretary of State Mike Pompeo said last night that Iran was ready to enter negotiations over its missile program. The price for a barrel of WTI dropped down to a low of $57.14 after the news was released.

The troy ounce of gold currently trades around the 1,405 dollars mark after robust U.S. data had been released weighing on the precious metal’s safe-haven status. This also helped the U.S. Dollar Index (DXY) to gain momentum again, pushing it up to 97.50.

The upward movement of the past two trading days appears to have come to a halt on Wednesday. Despite good U.S. quarterly figures from some U.S. banks, the stock markets on Wall Street also ran out of steam on Tuesday. The Dax lacks momentum in the morning.

Nonetheless, the Dow Jones only closed with a minus of 0.1 per cent at 27,336 points. Technology stocks in New York were significantly worse. The index on the Nasdaq tech exchange ended trading half a per cent lower, and the market-wide S&P 500 also closed clearly in the red.

Trump’s putting a strain on the markets once again

After another critical comment by U.S. President Donald Trump on the trade talks with China, the Asian markets also had a hard time in the morning. The Japanese Nikkei index closed 0.3 per cent lower. Trump dampened hopes that the conflict would soon be resolved. Trump said there was still a long way to go towards a trade agreement with China.

U.S. Federal Reserve Chairman Jerome Powell again declared in the evening that the Fed was prepared to lower its key interest rate. They will “act appropriately if necessary,” said Powell in Paris. Experts are currently firmly expecting an imminent rate hike down in the USA.

Car stocks will be the focus of attention on Wednesday. The European automobile market suffered another significant setback in June. In the E.U., only 1.45 million new passenger cars were registered, 7.8 per cent less than in the same month last year, as the European industry association Acea announced in Brussels on Wednesday. After the first half of the year, a minus of 3.1 per cent has been recorded.

According to the data, there were 4.7 per cent fewer registrations in Germany in June, and the figures also fell in the other major markets of France, Great Britain, Italy and Spain. Among manufacturers, the V.W. Group, with all its vehicle brands, recorded a minus of 9.5 per cent, while BMW’s sales were similar. Daimler was 7.6 per cent down on the previous year.

Chip manufacturer Dialog Semiconductor slightly exceeded its forecasts in the second quarter. Sales climbed by around 63 per cent year-on-year to USD 482 million, thanks primarily to a one-time license deal with the major customer Apple, as the MDax-listed group announced in London on Wednesday. This means that the company achieved more revenue than previously targeted in the range of 438 to 478 million dollars.

The profit of the Swiss watch manufacturer Swatch with brands such as Omega, Breguet and Tissot shrank in the first half of the year by a good eleven per cent to 415 million francs. Sales fell by around four per cent. The company justified the decline by, among other things, taking steps against grey market traders who had depressed sales. Swatch expects “strong growth” in the second half of the year. For the year as a whole, the company anticipates an increase in sales.

The Swedish network supplier Ericsson has not been able to convert the strong momentum in 5G network technology as well as expected into rising profits. The operating result before special costs for the Group restructuring climbed in the second quarter compared with the previous year by almost 90 per cent to 3.9 billion Swedish crowns (370 million euros), as the company announced in Stockholm on Wednesday. However, this was significantly less than analysts had expected, with an average of 4.4 billion crowns. Thanks to growing orders for the future 5G mobile communications networks, but also for 4G technology, revenue rose by ten per cent to SEK 54.8 billion. After a loss of 1.8 billion crowns a year ago, the bottom line was a profit of 1.8 billion crowns.

The U.S. airline United Continental (UAL) more than compensated for higher costs due to the forced cancellation of Boeing 737 Max aircraft thanks to strong demand in its home country. In the second quarter, net income increased by more than half to just over one billion U.S. dollars. This was more than experts had expected, the share price rose by almost two per cent in an initial reaction in post-trading. The securities of other airlines also recorded gains.

In terms of adjusted earnings per share (EPS), UAL is now more optimistic for the full year. According to Oscar Munoz, the company’s CEO, the figure is expected to be between 10.50 and 12.00 dollars. So far, the lower end of the range has been 10 dollars. In the second quarter, sales rose by 5.8 per cent to 11.4 billion dollars.

Cryptocurrencies are still nothing for weak (investor) nerves. Once again, the Bitcoin crashed to less than $10,000 on the night of Wednesday. The U.S. senators’ fierce criticism of the future Facebook currency Libra is also affecting the cyber motto.

On Tuesday, the banking committee of the U.S. Senate David Marcus, who heads the “Libra” project on Facebook, had taken a look at the situation. The parliamentarians described the plans of the online network as “crazy”. Moreover, it is a “delusional idea” that Facebook, in the face of numerous data scandals, believes that the policy will allow the company to manage its customers’ money.

Marcus assured that a Swiss foundation would control Libra and based on a basket of currencies such as the U.S. dollar, the euro and the Japanese yen. All rules on combating money laundering and terrorist financing would be complied with. But this did not convince the U.S. senators. U.S. President Donald Trump had also expressed criticism recently.

The growing resistance against Facebook’s cryptocurrency pulled Bitcoin and many other cryptos into the basement. The oldest and currently number one digital asset fell on Wednesday as low as 9,226 dollars and thus lost around 1,500 dollars within 24 hours.

During the free-fall of most digital assets on Wednesday, one thing was quite interesting: XRP, the digital asset utilised by the San Francisco based FinTech company Ripple, didn’t dive as much as all other cryptocurrencies and is currently stable trading at around $0.30.

Ripple is working with regulators and banks around the globe since day one. The company wants to create a “level playing field” for the world of finance and has already hundreds of global payment providers and banks on board with their projects.

Some analysts suggest that Ripple, or rather XRP, since the digital currency XRP and the company Ripple are not synonymous, will eventually take over Bitcoin’s prime position and be the global standard in the crypto-space.

Time will tell, but one thing is for certain: Donald Trump and Co. will not jump on board with a cryptocurrency like Bitcoin which is mined, and thus controlled, mainly in China.