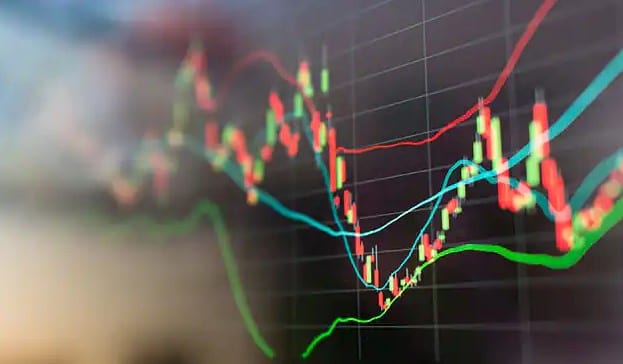 The New York Stock Exchange recently benefited from a surprisingly good start to the new reporting season, with banks in particular again earning splendidly. Thanks to the convincing company balance sheets so far, according to many analysts, no severe price setbacks are to be expected for the stock markets as a whole.

In the current week, attention will be focused on the quarterly figures of the streaming service Netflix, the IT company IBM and the chip manufacturer Intel, among others. But industrial stocks are also opening their books. Here the focus is likely to be on how they are coping with ongoing supply bottlenecks and rising energy prices. Above all, the question of whether the companies can pass on any price increases to consumers is likely to be watched with a wary eye.

Today, after an initially weak opening, the US stock markets were able to shake off the fears surrounding China. Given slightly falling oil prices, fears of inflation receded somewhat into the background. Thus, the most important stock indices largely made up for their initial losses – technology stocks in particular recorded gains.

Inflation concerns and surprisingly slow economic growth in China weighed on sentiment on the US stock markets. The Chinese economy grew by only 4.9 per cent year-on-year in the third quarter, missing experts’ expectations.

Markets in the Far East started the new week with a slight downward trend. In Japan, the Nikkei benchmark index ended the week 0.16 per cent lower at 29,025.46 points. On the Shanghai stock exchange, the leading index Shanghai Composite lost 0.12 per cent to 3,568.14 units by the close of trading. In Hong Kong, the Hang Seng turned higher in late trade and exited the session 0.31 per cent firmer at 25,409.75 points.

Economic data from China dampened sentiment at the start of the week. The Chinese economy grew slower than expected in the third quarter: China’s gross domestic product grew 4.9 per cent year-on-year in the July-September period, slowing significantly from the previous quarter. However, investors were now hoping that the government could boost the economy with appropriate programmes.

The European stock exchanges saw losses at the start of the new week. The EuroSTOXX 50 opened in red territory and then slipped further. It finally ended trading at minus 0.75 per cent at 4,151.40 index points.

In the course of the day, the DAX slipped deeper and deeper into the loss zone and was ultimately down 0.72 per cent at 15,474.47 points. The TecDAX also dropped at the start of trading and was also weaker as the day progressed. When the closing bell sounded, it was 0.12 per cent lower at 3,721.66 points.

The European stock exchanges went into reverse gear at the start of the new week. Weak economic data from China contrasted with good data from the USA, where the reporting season has been encouraging so far.

However, investors remained concerned about energy and commodity prices as well as inflation and supply chain problems.

Experts do not see a bullish case for the euro on the foreign exchange market for the time being, but it nevertheless went up slightly today. The single European currency was last quoted at 1.1611 US dollars.

Meanwhile, the Turkish lira continued its slide and fell to new record lows against the dollar and the euro. President Recep Tayyip Erdogan dismissed three central bankers last week. This increased the pressure on the central bank to lower interest rates this week despite very high inflation.

Oil prices came under pressure today after reaching new highs in the afternoon. In the early morning, oil prices had still reached multi-year highs. At the close of trading, North Sea Brent costs $84.60, 26 cents less per barrel than Friday. Earlier, the price had risen to 86.04 dollars, its highest level in three years. West Texas Intermediate from the USA fell by only one cent to 82.27 dollars. Previously, it had reached 83.87 dollars, the highest level since 2014.

The gold price was able to stabilise at the beginning of the week, closing at $1,764 per troy ounce.

In anticipation of the first Bitcoin ETF launch, the cryptocurrency market trended sideways and with some caution. Bitcoin declined slightly by 0.6 per cent to $61,800, while altcoin trends were very mixed. For example, Ethereum dropped 2.6 per cent to $3,770, while Binance Chain added 2.2 per cent to $482. Cardano, XRP, Solana and Polkadot all lost around 2 per cent, while meme coins such as Doge and Shiba Inu were in demand and trended, climbing by 2.5 and 7.2 per cent, respectively.

The upswing in the Chinese economy lost considerable momentum in the third quarter. As the Beijing statistics office announced on Monday, the second-largest economy grew by 4.9 per cent year-on-year in the third quarter. After record growth of 18.3 per cent in the first quarter and 7.9 per cent in the second, it is the weakest figure so far this year. In the period from January to September, the combined growth was 9.8 per cent.

US industrial production surprisingly fell in September. It fell by 1.3 per cent month-on-month, as the US Federal Reserve announced in Washington on Monday. Analysts, on the other hand, had expected an increase of 0.1 per cent. Due to problems with international supply chains, production has been burdened recently. In addition, manufacturing also fell in the previous month, according to revised figures. It fell by 0.1 per cent month-on-month, and year-on-year production rose by 4.6 per cent in September. Capacity utilisation fell to 75.2 per cent from 76.2 per cent in the previous month. Economists had expected an increase to 76.4 per cent.

Sentiment in the US housing market surprisingly brightened in October. The NAHB housing market index rose by four points to 80 points compared to the previous month, as the National Association of Home Builders announced in Washington on Monday. Analysts, on average, had expected a decline to 75 points.