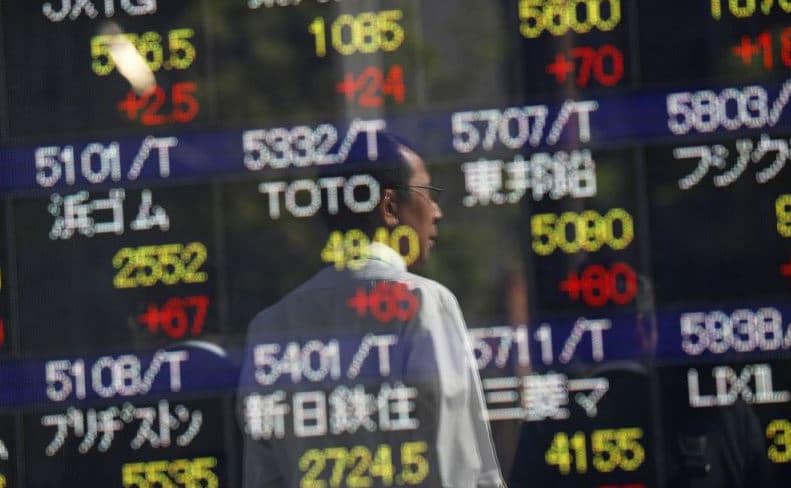 Off to new highs in November?

Once a year, the stock market reaches its – from a statistical point of view – preferred entry window, which is now!

While some investors may associate Halloween only with hollowed-out pumpkins and children begging for sweets, this day is an important buy signal for statistics connoisseurs. Halloween/Allerheiligen is the best time to start on the stock market.

The two months of November and December alone bring an average return of 2.0 per cent in the American S&P 500, stresses Jeff Hirsch, publisher of the “Stock Statistics Bible” Stock Trader’s Almanac. The probability of a hit is 72 per cent.

The experts at Seasonax even speak of the “golden season” in the S&P 500 for the period between 26 October and 3 January. According to Seasonax founder Dimitri Speck, the US index has risen by an average of 4.3 per cent since 1950. The hit rate is an impressive 82.6 per cent.

Strong US labour market data have given new impetus to the All Saints’ Day stock markets.

The US labour market remains robust. In October, 128,000 new jobs were created. That was 39,000 more than expected. The unemployment rate remained at a low level of 3.6 per cent. Only the increase in average hourly wages by 0.2 per cent was weaker than expected. Economists had expected a rise of 0.3 per cent. The increase in jobs in the two previous months was subsequently revised upwards. Accordingly, a total of 95,000 more jobs were created in August and September than previously reported.

Wall Street reacted positively. The Dow expanded its profits and was one per cent higher at over 27,300 points shortly before the close of trading. S&P 500 and the Nasdaq 100 even climbed to new record highs.

The Asian stock markets recorded price gains on Friday after robust economic data from China. According to a survey of private companies in the People’s Republic, the situation in the Chinese industry has surprisingly improved. Such news is currently being received with much appetite in the markets, as it is alleviating the widespread economic fears.

China saw a clear upward trend. The CSI 300 with the 300 most important stocks on the Chinese mainland stock exchanges recently rose by 1.53 per cent. The Hang Seng in Hong Kong gained 0.6 per cent. The Japanese leading index Nikkei 225 -0.33%, on the other hand, closed 0.3 per cent lower.

The European markets were also very friendly on Friday. The EuroStoxx 50 closed the trading day with a plus of 0.54% and 3,623.74 points.

In the wake of the strong Wall Street, the Dax also continued its autumn rally. It rose by 0.7 per cent to 12,961 points. Only just missed the psychologically important mark of 13,000 points. With 12,992 points, the German benchmark index reached a new high for the year. This was the fourth consecutive winning week. On the weekly, the plus was 0.5 per cent.

The Dollar initially turned up after the robust US job data, but then had to relinquish its gains. In the evening, the euro was slightly higher at 1.1167 dollars. Investors also kept their hands off gold. The precious metal fell by 0.2 per cent to $1,509 an ounce. Oil prices rose, however. The North Sea variety Brent rose by 0.6 per cent to 60.60 dollars per barrel.

The cryptocurrency market hasn’t moved much once again. The overall market cap of digital assets is currently fluctuating in a range between $245 and $252 billion. One Bitcoin is valued at $9,200, one Ethereum at $181 and one XRP at $0.2950.

The new President of the European Central Bank, Christine Lagarde, will take up her post this Friday. The former head of the International Monetary Fund (IMF) will succeed Mario Draghi, whose eight-year term at the helm of the ECB ended on 31 October.

Scandal bank Danske does it again

For Danske Bank, which is stuck in a severe money laundering scandal, things are even worse than expected. On Friday, for the second time since July, management cut its profit forecast for the current year: The surplus is likely to reach only the lower end of the latest target range of 13 to 15 billion Danish crowns (around 1.7 to 2 billion euros). Negative interest rates, an increasingly challenging business environment and increased costs for compliance with regulations such as those to combat money laundering all had a negative impact on the result.

Sorry and no No-Deal

British Prime Minister Boris Johnson wants to draw undecided voters to his side with concessions in the bitterly fought Brexit dispute.

Just over a month before the parliamentary elections on 12 December, the conservative head of government apologised for not leading the country out of the European Union by 31 October, contrary to his repeated promises.

In addition, his Tories want to do without the threat of a no-deal break in the election campaign, the daily The Times reported. Johnson is thus targeting moderate voters who, after the vote, hope for clear conditions and an end to the Brexit chaos but do not want to leave the EU without a treaty.

Due to the weak oil price and lower margins in the refinery and chemicals business, the profits of the largest US oil group almost halved in the third quarter. ExxonMobil earned only $3.17 billion. Analysts had expected an even stronger decline. Revenues fell by about 15 per cent to $65.0 billion, although oil production increased by three per cent. The Exxon share rose slightly.

The second-largest US oil multinational Chevron also suffered a drop in profits in the third quarter. The surplus fell by 36 per cent to 2.6 billion dollars. Turnover shrank by 18 per cent to 36.1 billion dollars. Analysts had expected better quarterly figures, and the share initially reacted with slight price losses pre-market.