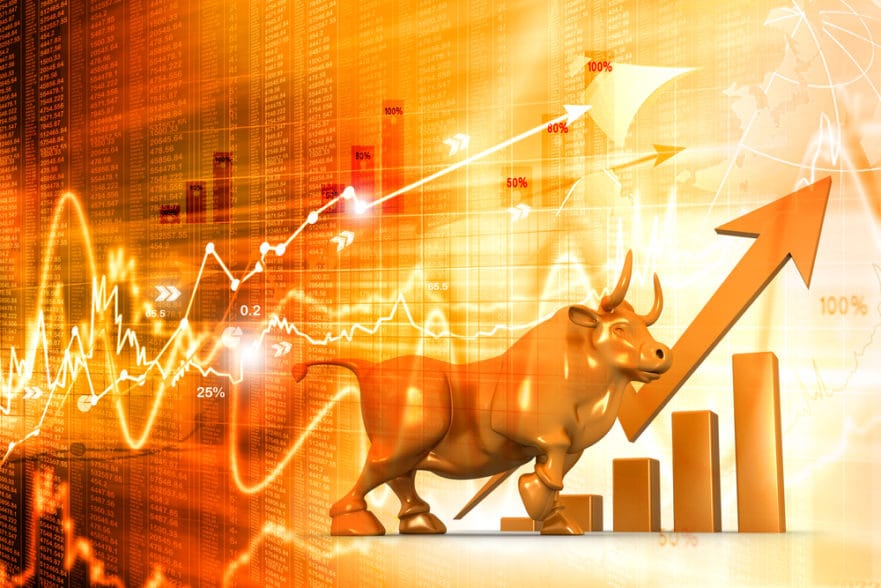 At the beginning of the week, a further escalation in the China-USA trade war had triggered a series of stock sales. The fact that investors became more confident again on Thursday was also due to positive economic data from China and no further tensioning in the US-China trade dispute.

The Asian stock markets did not find a common direction on Friday. Although Wall Street’s continued recovery had provided a tailwind, futures on the US equity market have recently crumbled somewhat. Investors remain cautious about the unresolved trade conflict between China and the US. While the Nikkei 225 in Tokyo gained 0.4 per cent, China’s mainland stock markets for the CSI 300 fell by 0.7 per cent. In Hong Kong, the Hang Seng fell by 0.3 per cent.

Early Friday morning, economic signals from the Far East arrived, which clouded the future outlook. Although the Japanese economy grew more strongly than expected in the second quarter of 2019, by 1.8 per cent (annualised), the pace of growth slowed. And in China, producer prices fell in June for the first time in three years. According to economists, concerns about deflation are over here.

For the German stock index Dax, the first step on Friday morning is consolidation. The index is currently trading at around 11,800 points. The government crisis in Italy also has a negative effect in the morning. There, after only 14 months in power, the populist alliance of right-wing Lega and the five-star movement has failed. Interior Minister and Lega leader Matteo Salvini demanded a new election on Thursday.

According to a report by the news agency Bloomberg, the U.S. could withhold a decision on licenses for U.S. companies to resume business with the Chinese telecom giant Huawei. This threatens a new intensification of the trade dispute.

On the currency market, the euro is still in the 1.12 dollar range. In the morning, the common currency is recovering from a small setback in Asian trading at 1.1190 dollars. The Australian dollar has stabilised after its heavy losses on Wednesday and is in consolidation around the 0.68 USD mark. The GBP/USD pair remains in its small range trading near 1.2142, just below the 200-hour EMA, 23.6% Fibonacci retracement of late July to early-August decline.

The commodity market continues to be dominated by falling oil prices and a strong gold price. A barrel of the North Sea variety Brent costs 57.20 dollars in the morning, again less than the day before. Because of recession fears and full US crude oil camps, the prices had come in the past days violently into sliding. The “crisis currency” gold continues to hold over 1,500 dollars. In early Friday trading, the price for the troy ounce is above 1,502 dollars.

Cryptocurrencies remained widely unchanged on Thursday. The top market cap cryptos Bitcoin, XRP, BitcoinCash, and Litecoin are trading slightly lower (between 0.5 and 2 per cent) this Friday morning. Only Ethereum has decreased in value by over 4%.

Significant investments in research and development, as well as high costs, caused a loss of billions in the second quarter. The bottom line for the US company was minus of 5.24 billion dollars after 878 million dollars in the same period last year. Sales rose by 14 per cent to $3.2 billion, falling short of analysts’ expectations. Costs climbed 147 per cent to $8.6 billion in the quarter under review. The Uber share plummeted by twelve per cent after trading. Uber had made a false start on the stock market in May. On the other hand, quarterly sales above market expectations and an optimistic outlook had boosted competitor Lyft.

Chip producer Broadcom wants to take over the corporate customer business of cybersecurity company Symantec. Broadcom is putting 10.7 billion dollars in cash on the table for the division, the company announced. With the takeover, Broadcom wants to strengthen its software activities. Last year, the chip manufacturer bought the US software company CA for 18.9 billion dollars. The planned takeover of competitor Qualcomm, on the other hand, had failed due to security concerns in the USA. Symantec, known for its antivirus software “Norton”, has long been a leading provider of computer security, but faces growing competition.

The owner of one of the Tesla electric vehicles has filed a lawsuit against the U.S. corporation for manipulation of the accumulators of certain models. The plaintiff accuses Tesla of reducing the range of older Model S and Model X vehicles in software updates. In the plaintiff’s view, this is to avoid costly recalls due to defective batteries. The case potentially affects thousands of Tesla vehicles.