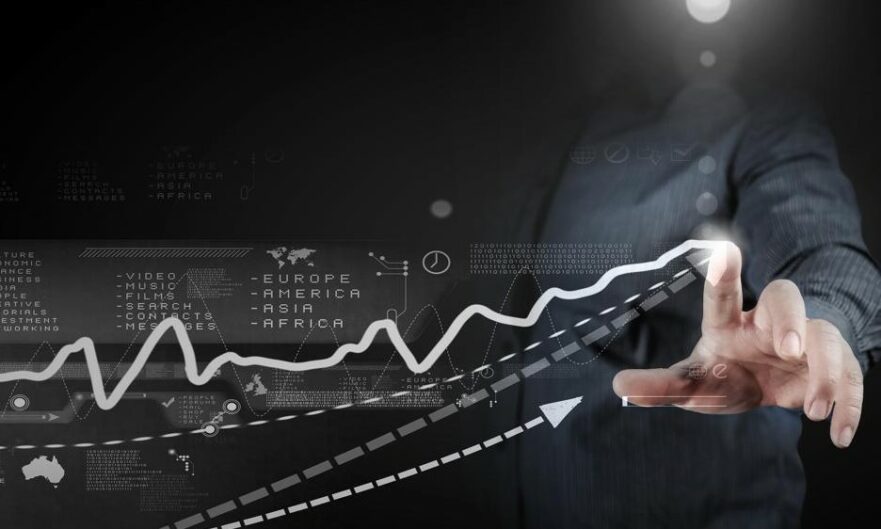 The stock markets were once again divided today: while blue chips remained in demand, tech stocks came under the radar.

However, a look at the prices for industrial metals shows that the financial markets nevertheless assume that the global economy will continue to recover. The record chase for copper continues at the beginning of the week. The industrial metal, whose price development is seen as a good indicator for economic development, rose in price to 10,747.50 dollars per tonne thanks to speculation on the increase in demand with a simultaneous supply shortage. Other industrial metals such as tin, zinc and aluminium were each more expensive than they have been in years. This makes shares from the mining and energy sectors attractive.

The US stock markets fell sharply in Monday trading. The Dow Jones set a new record high in trading and broke through the 35,000 point mark for the first time. In late trading, the gains shrank significantly, and the US leading index even slipped into the red: with a slight discount of 0.09 per cent, it went into the evening at 34,745.16 points. Meanwhile, the NASDAQ Composite slipped more sharply, ending the day 2.55 per cent weaker at 13,401.86 index points.

A possible increase in US interest rates seems to be off the table, for now, reassuring investors. Yields on long-term US bonds also returned to normal after sliding into negative territory last Friday.

At the start of the new stock market week, Asia’s most important stock markets once again showed mixed trends. Japan’s leading index, the Nikkei 225, closed 0.55 per cent higher at 29,518.34 points.

On the Chinese mainland, the Shanghai Composite closed 0.27 per cent higher at 3,427.99 points, while the Hang Seng exited today’s session 0.05 per cent lower at 28,595.66 index units on Hong Kong’s stock exchange.

Good conditions in the USA, where some new records were set before the weekend, had only a partial effect in Asia at the start of the new week. Only the Tokyo stock exchange was able to benefit from the good conditions. However, experts see only limited upside potential in Japan due to rising corona figures. On the Chinese mainland, prices had only turned into the profit zone in late trading.

The European stock markets were also somewhat weaker at the start of the week. The EuroSTOXX 50 was only minimally below its Friday close at the beginning of trading and ultimately posted small losses of 0.27 per cent at 4,023.35 points.

The DAX opened trading in Frankfurt slightly stronger, but then initially only moved around the zero lines and then fell back somewhat into the loss zone. It ultimately ended the day unchanged at 15,400.41 points. The TecDAX, on the other hand, decreased significantly and closed 1.95 per cent lower at 3,360.74 points.

The sentiment was subdued at the start of the new week, but the record high achieved by the leading German index a few weeks ago remained within reach. Fears of rising interest rates eased noticeably after the latest US labour market report, but that did not help share prices in the new week.

The euro was unable to maintain its gains from European trading in US business on Monday. The euro was last quoted at 1.2145 US dollars in forex trading. In Europe, the euro had risen to 1.2178 dollars, its highest level since the end of February.

The oil market did not find a clear direction on Monday. A cyberattack on an important pipeline for petrol and other oil products in the USA had only provided a temporary boost on Friday. Most recently, North Sea Brent traded for 68.08 US dollars per barrel, 20 cents more than on Friday. The barrel price of US West Texas Intermediate (WTI), on the other hand, fell by 27 cents to 64.63 dollars.

Gold was trading in a clearly defined range today and was rejected at the $1,845 price level. The closing price stood at $1,835 per troy ounce.

Cryptocurrencies experienced a sudden flash-crash today, with Bitcoin leading the way for most other digital assets downward. During the Asian and European sessions, cryptocurrency prices still appreciated before the sell-off began. Bitcoin ultimately lost 5.7 per cent to $55,580, while Ethereum exited the day almost unchanged at $3,900 after it had reached a new record high at $4,200. The meme coin DOGE posted hefty losses again and ultimately fell 19 per cent to now $0.45. XRP lost 11 per cent to $1.41, while Cardano (ADA) dropped by 6.6 per cent to $1.65. Today’s only big winner was the newest playball SHIBA INU, another meme coin that increased by 115 per cent. The coin enjoys sudden popularity after several articles had been posted about Elon Musk “being interested” in it. SHIBA INU’s rally is indeed impressive, though: over the past seven days, the coin rose by over 2,000 per cent!

The rise in the Sentix economic index for Germany continued in May. According to Sentix, the index increased to 26.1 (April: 20.0) points, with the current situation index rising to 15.3 (4.5) points, its highest level since May 2019, and the expectations index rising to an all-time high of 37.5 (36.8) points. According to Sentix Managing Director Manfred Hübner, there are increasing signs of overheating in Germany.