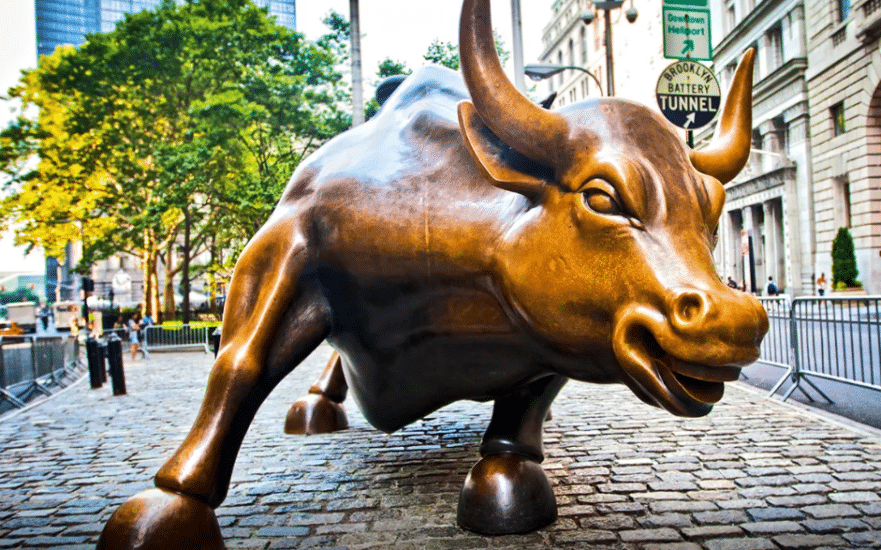 Despite better-than-expected jobs data, there was no sign of interest rate and inflation fears on Wall Street today. The US stock markets continued their record run unaffected. Before the public holiday (the stock exchange will be closed on Monday for Independence Day on 4 July), both the market-wide S&P 500 index and the Nasdaq technology exchange marked further records.

Question of the year remains: How long will the seemingly endless liquidity glut continue despite rising price data? After all, the Federal Reserve pumps 120 billion dollars into the economy every month, plus trillions more from the government. The fact that the US Federal Reserve (Fed) discussion about a more restrictive monetary policy is already in full swing has been impressively demonstrated by the statements of various Fed members in recent weeks. However, today’s figures do not yet offer a clear scenario for tightening the reins so that things will continue as before for the time being. In any case, there is no sign of a sell-off, despite all the prophecies of doom about inflation.

Wall Street was once again in a record rush. The Dow Jones rose after a barely changed start and ended Friday’s trading 0.45 per cent stronger at 34,787.93 points. The NASDAQ Composite added to its initial gain and closed 0.81 per cent higher at 14,639.33 points.

Investors’ focus on Friday was on the much-watched US jobs report for June, released before the starting bell and came in strong. The US economy created more jobs than analysts had expected. According to market observers, there is thus no acute pressure for the US Federal Reserve to deviate from its ultra-expensive monetary policy. In addition, industrial orders were slightly higher than expected in May compared to April. This helped both the broad-based S&P 500 and the NASDAQ indices, which is mainly made up of technology stocks, to new highs.

On the corporate side, market participants turned their attention to Virgin Galactic, among others, after billionaire Richard Branson wants to beat Amazon founder Jeff Bezos by nine days with a flight into space with his space company, and to the US electric car manufacturer Tesla, which set a new record with its deliveries in the second quarter.

The major Asian stock markets moved in different directions before the weekend. In Tokyo, the Japanese benchmark index Nikkei ultimately climbed by 0.27 per cent to 28,783.28 index points. Meanwhile, the Shanghai Composite fell by 1.95 per cent to 3,518.76 units. On Hong Kong’s stock exchange, the Hang Seng was down 1.80 per cent at 28,310.42 points.

Market participants cited the aggressive foreign policy statements made by China’s state and party leader Xi Jinping during the celebrations of the 100th anniversary of the Chinese Communist Party as the reason for price declines. This could increase the risks for the financial markets again.

The European stock markets trended sideways on Friday. The EuroSTOXX 50 was able to record slight gains at the sound of the starting bell and finally closed 0.13 per cent up at 4,084.31 index units.

The DAX started the week’s last trading session on a firmer footing and subsequently remained in the profit zone. In the end, a gain of 0.3 per cent to 15,650.09 points was on the board. The TecDAX closed 0.51 per cent higher at 3,568.77 points.

Investors’ focus before the weekend was primarily on the US labour market report, which was published before the start of trading in the USA and came in strong. Although the US labour market is recovering strongly, there is still no reason for the US Federal Reserve to deviate from its ultra-expensive monetary policy, commented market analysts, as many millions of jobs are still missing.

Meanwhile, a tailwind for the German export industry comes from the foreign exchange market, where the dollar continues to show strength against the euro. At its low, the euro fell to 1.1808 US dollars. This was the lowest level since the beginning of April. However, it recovered from the low in US trading and is trading significantly higher again at 1.1866 dollars. The US labour market data were, of course, also the topic of the day on the foreign exchange market.

Negotiations on the oil production strategy of the Opec cartel and its ten partner countries stalled on Friday. An official online meeting planned for the afternoon was delayed until the evening. Analysts assumed that there might still be no agreement on Friday and that the negotiations might drag on into the weekend. Given the pending production decision by major producers, oil prices hardly budged on Friday. In the evening, a barrel of North Sea Brent cost 75.92 US dollars, a marginal 8 cents more than the previous day. WTI oil from the USA, on the other hand, fell moderately by 29 cents to 74.94 dollars.

Price increases at the producer level are accelerating in the eurozone. Producer prices rose by 9.6 per cent in May compared to the same month of the previous year, as the Eurostat statistics office reported in Luxembourg on Friday. This is the highest rate since the beginning of the monetary union in 1999. In April, the rate had been 7.6 per cent. Energy, which was about a quarter more expensive than a year earlier, became particularly expensive at the company level. Prices of intermediate goods also rose significantly by a good 9 per cent. This is probably due to the current bottlenecks and supply difficulties in the international trade in goods. Capital and consumer goods also became more expensive, but their price increase was clearly below average at about 2 per cent.

US job growth accelerated significantly and more than expected in June. The US Department of Labour reported that 850,000 additional jobs were created in the private and public sectors. Economists surveyed by Dow Jones Newswires had expected an increase of 706,000 jobs.

New orders in the US industry increased by 1.7 per cent in May compared to the previous month, as expected by analysts. The department announced a confirmed increase of 2.3 per cent in new orders for durable goods in May.