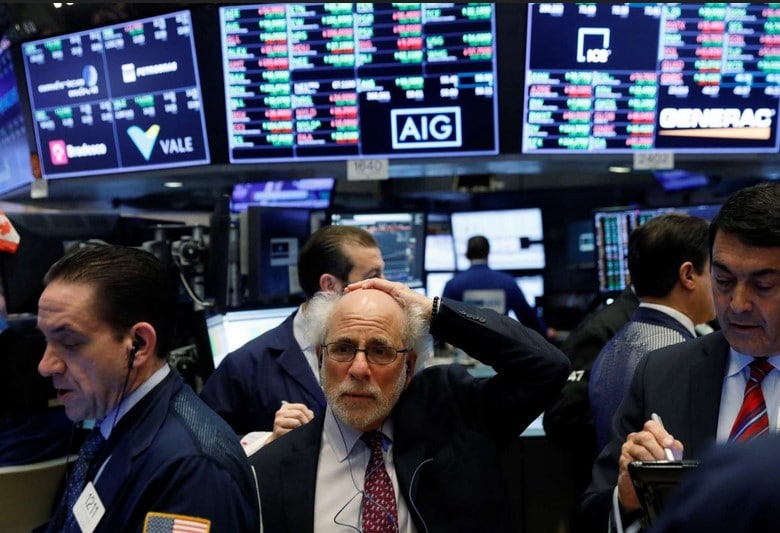 Those market participants who had hoped that the US labour market data (NFP Report) for August would provide the stock market with more guidance on US monetary policy got disappointed. The surprisingly weak data were difficult to interpret and caused more uncertainty than clarity.

Investors on the US stock markets shifted down a gear on Friday. The Dow Jones already lost ground at the start of trading on Friday and maintained the negative trend afterwards. In the end, it went into the weekend 0.21 per cent lower at 35,369.15 points. The NASDAQ Composite started the day slightly down but then turned positive and posted small gains. In the end, a plus of 0.21 per cent stood on the board at 15,363.52 points.

Investors focused on the US labour market report, which was published before trading hours. This revealed weaker than expected job growth for the month of August. However, the unemployment rate fell back.

It is difficult to deduce from the report how monetary policy should now proceed, according to various investors. Inflation, therefore, remains an important issue.

As the week came closer to the end, most eyes were on August’s US labour market report. For the US Federal Reserve, the development of the labour market is a decisive factor for the start of a reduction in monthly bond purchases (tapering). Most recently, Fed Chairman Powell had only sent vague signals when a start could be expected.

Tokyo’s upward spike occurred after media reports were published that Prime Minister Yoshihide Suga would unexpectedly not run for re-election on 29 September.

The majority of investors in Europe pressed the sell button at the end of the week. The EuroSTOXX 50 was already deeply in the red at the start and went into the weekend 0.71 per cent weaker at 4,201.98 points.

In Frankfurt, the German benchmark index began the last trading day of the week virtually unchanged but fell into the red in the afternoon in the wake of the weak US labour market report. In the end, the DAX ended the day 0.37 per cent lower at 15,781.20 points. The TecDAX finally fell by 0.5 per cent to 3,936.26 index units.

On Friday, attention turned once again to the USA due to the labour market report. Job growth slumped in August, though the unemployment rate fell at the same time to its lowest level since the pandemic began.

In addition, European investors’ eyes turned to the DAX rebuild, which was cemented in the evening. The German stock exchange announced the candidates for the enlarged DAX, the reduced MDAX and the renewed SDAX.

The US labour market report ultimately only supported the euro somewhat on the foreign exchange market. The European single currency, the euro, last traded at 1.1890 dollars in US trading. It was only slightly higher than in early European trading. The jobs report had initially weighed on the dollar, with the euro rising to 1.1909 dollars. This was the highest level in several weeks.

Oil prices fell slightly today. Oil prices gave back previously small gains because of a surprisingly weak employment trend in the USA in August. A more fragile economic recovery would also dampen demand for crude oil. The barrel of Brent fell only 3 cents to 73.00 US dollars, while WTI light oil was down 26 cents to 69.73 dollars.

Gold is benefiting from the weak dollar and the hope of a longer-lasting loose monetary policy, as the precious yellow metal does not yield any interest. The troy ounce of gold was ultimately traded 1 per cent higher at 1,827 US dollars.

In August, service providers in Germany remained on the road to recovery, although activity was somewhat more subdued. IHS Markit’s purchasing managers’ index for the sector dropped to 60.8 points from an all-time high of 61.8 in July, according to final data for the month. Economists had predicted a reading of 61.5. The preliminary reading for August was 61.5. Overall, however, growth in Germany’s economy slowed in August. The composite index for production in the private sector – industry and service providers combined – fell to 60.0 from a record high of 62.4 points the previous month.

The eurozone economy continued its robust growth in August despite a slight slowdown. The composite index for eurozone private-sector output, which includes industry and services, fell to 59.0 points from 60.2 last month, the IHS Markit Institute reported in a second release.

Job growth in the United States suffered a surprising setback in August. The US Department of Labour reported that only 235,000 additional jobs were created in the private and government sectors. By contrast, economists surveyed by Dow Jones Newswires had expected an increase of 720,000 jobs.

Business activity in the US services sector was more subdued in August than in the previous month. IHS Markit’s Purchasing Managers’ Index for the sector weakened to 55.1 from 59.9. Economists had predicted a reading of 55.3. The preliminary reading for August was 55.2. Overall, the US economy slowed in August. The composite index for production in the private sector – industry and service providers combined – fell to 55.4 from 59.9 points in the previous month.