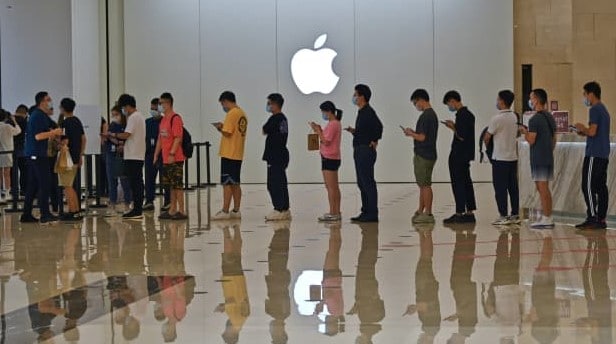 At the end of the week, a sell-off in technology stocks dampened sentiment on the US stock markets. Investors shied away from risk and sold stocks in light of the global spread of the corona mutation Omikron and high inflation.

Weaker-than-expected November labour market data had supported the stock market in early trading, pushing the Dow to a daily high of 34,801 points. But the data proved difficult to interpret at a second glance.

Federal Reserve Chairman Jerome Powell had stated that the economy is very strong and has high inflationary pressures. Nevertheless, the central bank is considering a faster reduction of its bond purchases on the way to a rate hike. The weaker figures now ensure that the Fed is not under pressure.

The eagerly awaited labor market report clearly disappointed market expectations. Weaker job growth is clouding the upswing in the USA. However, among investors, this could lead to the expectation that the US Federal Reserve could now slow down the scaling back of its loose monetary policy after all.

The past trading week was dominated by uncertainties about the possible impact of the coronavirus variant Omikron on global economic development. New information caused some sharp swings in one direction or the other.

The stock exchanges in Asia showed different signs at the end of the week. In Japan, the Nikkei entered the weekend with a gain of 1.00 per cent to 28,029.57 points, while the Shanghai Composite in mainland China closed 0.94 per cent stronger at 3,607.43 units, while the Hang Seng ultimately fell a marginal 0.09 per cent to 23,766.69 points.

In China, the Caixin purchasing managers’ index for the service sector was better than expected in November. It was 52.1 points, expected 50.9 points after 53.8 points in the previous month. Meanwhile, regulatory hurdles caused disgruntlement in Hong Kong, and concerns about a new round in the U.S.-China trade dispute also circulated.

Among companies, ride-hailing service provider DiDi made headlines. The Chinese company announced its immediate withdrawal from the New York Stock Exchange just five months after going public. The IPO had drawn the displeasure of the political leadership in Beijing.

The European stock exchanges ultimately showed negative signs on Friday. The EuroSTOXX 50 could not defend its initial gains and slipped into the red as the day progressed. It ended the trading day 0.68 per cent weaker at 4,080.15 points.

After volatile trading on Friday, the German stock market was also in the red. After a very friendly start, the DAX changed hands several times and closed the evening at 15,169.98 points with a significant discount of 0.61 per cent. The TecDAX also turned negative and ended the weekend 0.38 per cent lower at 3,759.02 points.

Investors continued to vacillate between virus fears and the daily temptation to use fallen prices to enter the market. Given the uncertainty that currently prevails due to the panic around the Omikron variant of the coronavirus, market analysts compared the past few days to a rollercoaster ride of prices.

The common currency also reacted extremely volatile in forex trading. During the US session, it was ultimately traded slightly above the 1.13 dollar mark again, which it had even fallen below significantly in the meantime.

Oil prices were unable to maintain their strong initial gains but still rose moderately. Prices were boosted by the stalled negotiations on Iran’s nuclear programme. Diplomats were disappointed with Iran’s attitude. If the talks fail, US sanctions will remain in force, which is directed against the country’s oil exports, among other things. The price of a barrel of Brent rose by 1.29 dollars to 70.96 US dollars, while the cost of WTI light oil rose by 75 cents to 67.25 dollars.

The cryptocurrency market remained rather flat on Friday. All major coins and tokens hovered around yesterday’s prices, for example, Bitcoin at around $57,500, Ethereum at $4,600, or XRP at $0.96.

After the marked slowdown since the peak in July, growth in the eurozone accelerated again for the first time in November. The composite index for eurozone private-sector output, which includes industry and services, rose to 55.4 points from 54.2 in the previous month, the IHS Markit Institute reported in a second release.

Business activity in the German services sector increased moderately in November, although growth has weakened noticeably since the third quarter. According to final data, IHS Markit’s Purchasing Managers’ Index for the sector rose to 52.7 from 52.4. Economists had predicted a reading of 53.4, the preliminary reading for November.

Business activity in the US services sector was more subdued in November than in the previous month. IHS Markit’s Purchasing Managers’ Index for the sector weakened to 58.0 from 58.7 in October. Economists had predicted a reading of 57.1. The preliminary reading for November was 57.0.

US job growth slowed significantly in November, while the unemployment rate fell strongly. The US Department of Labour reported that only 210,000 jobs were added in the private and public sectors. Economists surveyed by Dow Jones Newswires had expected an increase of 573,000 jobs. The weaker job growth clouds the picture of recovery in the US, which is facing the new virus variant.

Index changes in MDAX and SDAX

Deutsche Börse announced changes in its indices. Zooplus, which is being taken over, is being replaced by Deutsche Wohnen in the MDAX. In the small-value index SDAX, Heidelberger Druckmaschinen replaces the arms company Hensoldt. Also, in the SDAX, the drive subsidiary Vitesco Home 24, which was spun off from the automotive supplier Continental, is replaced, and GFT Technologies moves into the index for Westwing. The changes will be implemented as of Monday, 20 December. There were no changes in the leading index DAX.