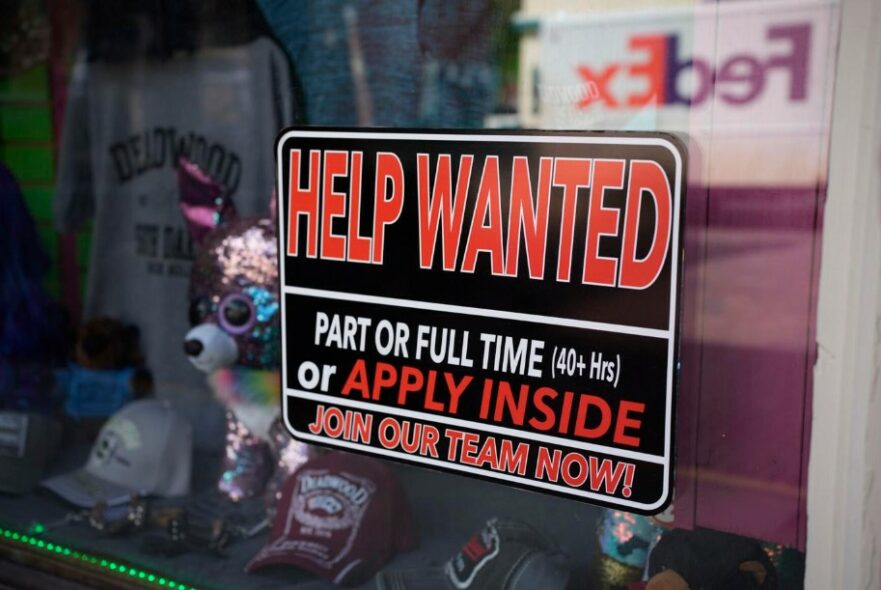 The May upturn in the US labour market was less robust than expected. Nevertheless, equity investors are happy. This is because the sobering jobs data alleviate inflation and interest rate concerns. Although the labour market recovery continued, “only” 559,000 new non-farm jobs were created – almost 100,000 less than expected.

While the latest NFP report was well-received – if anything – Elon Musk’s latest tweets caused the next stir upon the cryptocurrency market, Musk tweeted the Bitcoin symbol and a broken heart emoji next to it, followed by a Linkin Park meme. While most digital assets tumbled after days of recovery, it is more than questionable that Elon Musk was trying to manipulate the market for one reason or another. Instead, it rather shows that this gentleman seems to know technical levels in trading very well and that he is timing his involvements with and probably in the markets on point.

On Wall Street, the bulls retook the helm. The Dow Jones started slightly firmer and maintained its positive trend over the day. In the end, it gained 0.52 per cent to 34,756.39 points. The NASDAQ Composite extended its gains more clearly and achieved a daily plus of 1.47 per cent at 13,814.49 points.

After surprisingly strong labour market data the previous day fuelled fears that inflation could pick up steam and prompt the Federal Reserve to tighten monetary policy more quickly, the official US labour market report eased these concerns somewhat. While hourly wages rose faster than expected, the unemployment rate came in lower than expected in May.

The most important indices in Asia went into the weekend with different signs. While the Japanese benchmark index Nikkei 225 ended the session 0.40 per cent weaker at 28,941.52 points, the Shanghai Composite on the Chinese mainland closed 0.21 per cent higher at 3,591.85 points. The Hang Seng fell 0.17 per cent to 28,918.10 units by the close of trade on the Hong Kong Stock Exchange.

Weak Wall Street cues dampened sentiment. Investors were also cautious ahead of the official US government jobs report, which will be released on Friday afternoon. A surprisingly strong ADP report on Thursday had fuelled concerns about inflation and monetary tightening by the US Federal Reserve.

The European stock markets were friendly on Friday. The EuroSTOXX 50 opened at the previous day’s level and recorded an increase of 0.25 per cent to 4,089.38 index units at the end of trading.

The German benchmark index reached a new record high on Friday. The DAX opened with a small gain and was little changed from the previous day for a long time. In the afternoon, however, it worked its way into the profit zone. It broke through the 15,700-point mark for the first time and rose to a new all-time high of 15,705.89 points. In the end, it was still 0.39 per cent higher at 15,692.90 points. The TecDAX also posted slight gains at the start of trading, which it was able to expand significantly in the day. It ended the session 0.98 per cent stronger at 3,387.45 points.

The US government’s labour market report eased concerns that central bank monetary policy could soon become less expansionary. Even though the unemployment rate fell more than forecast, non-farm payrolls in the US grew more modestly than expected in May. As a result, expectations of a quick turnaround in monetary policy are now waning, according to one market participant.

Meanwhile, retail sales in the eurozone fell more than expected in April.

The US dollar came under pressure on the foreign exchange market after the labour market data, and the DIX lost half a per cent. In turn, the euro jumped to 1.2185 dollars.

In addition to the US labour market data, the oil price rally remained a major topic in the financial markets. Spurred on by hopes of a strong recovery in demand and strict production controls by the Opec countries, the “black gold” rose to a two-year high. At the end of the week, the price for a barrel of North Sea Brent rose by 0.5 per cent to 71.62 US dollars. For a short time, Brent was trading at 72.17 dollars. The barrel price of US West Texas Intermediate grew by 50 cents to 69.31 dollars. Since the beginning of the year, oil prices have already risen by 38 per cent.

After the anticipated drop to the $1,857 support level during the Asian trading session, the price of gold rallied back above $1,890, closing with a daily gain of over $20 at $1,891 a troy ounce.

Cryptocurrencies corrected lower today, with Bitcoin losing 4.6 per cent to $37,100. Ethereum shed 4 per cent to $2,730, Binance Coin and XRP dropped 6 per cent to $397 and $0.98, respectively. However, despite all the noise, the upward recovery trend stays intact.

The European Labour Market Barometer rose by 2.0 points in May compared to the previous month to 103.3 points and thus recorded the strongest increase in the index history. According to the Institute for Employment Research (IAB), which is involved in calculating the leading indicator, the growth means that the European employment services currently no longer expect any relevant deterioration on the labour markets in any of the participating countries. Optimism is evident in the outlook for both unemployment and employment. The partial indicator for the future development of unemployment figures rose strongly in May by 2.7 points to 103.8 points. This puts it above the partial indicator for employment development, which also increased significantly – albeit more weakly – by 1.3 points to 102.7 points.

Retail sales in the eurozone fell sharper than expected in April. Compared to the previous month, seasonally adjusted revenues fell by 3.1 per cent, as the European statistics office Eurostat reported in Luxembourg on Friday. Analysts had expected a decline of only 1.5 per cent on average. However, the increase from March was revised upwards from 2.7 per cent to 3.3 per cent.

New orders in the US industry fell by 0.6 per cent in April compared to the previous month, more than forecast. Analysts had proposed a decline of only 0.2 per cent.

US non-farm payrolls (NFP) grew less than expected in May, while the unemployment rate fell slightly more than forecast. According to the Department, nonfarm payrolls increased by 559,000 from the previous month. Economists surveyed by Dow Jones Newswires had forecast an increase of 671,000. In addition, the separately elaborated unemployment rate fell to 5.8 per cent from 6.1 per cent in April. Economists had forecast a decline to 5.9 per cent.