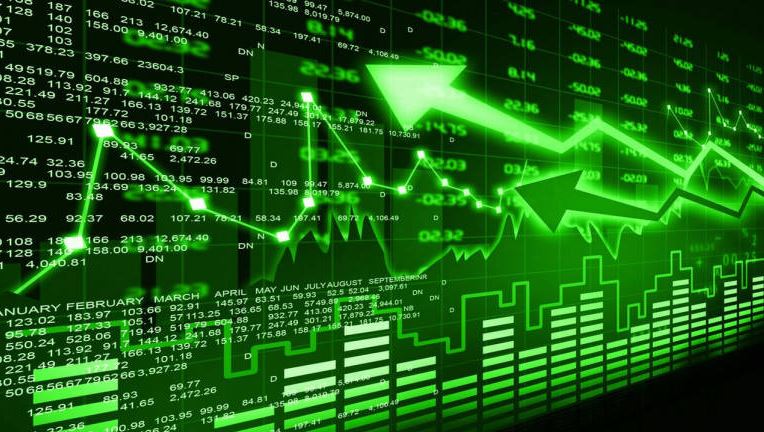 A horror week comes to an end

International stock markets have been hit ice-cold by recession concerns. While at the beginning of last week, it looked as if the stock markets could shake off economic concerns thanks to a tailwind from monetary policy, the tide has turned in the meantime. The shockingly weak ISM index for the US manufacturing sector has shown that the unresolved trade dispute could put the brakes on the economy.

Against this backdrop, new US punitive tariffs against Europe are coming at an inopportune time. After the trade conflict between the USA and China has recently lost some of its severity, a new fire of disturbances has flared up.

Further, the eagerly awaited American labour market data provided light and shade in the afternoon. Only 136,000 new jobs were created in September – 9,000 fewer than economists had predicted. Besides, the average US hourly wages stagnated. On the other hand, the unemployment rate in the USA surprisingly fell from 3.7 to 3.5 per cent. This is the lowest level for almost 50 years.

The different signals from the labour market make it difficult for the US Federal Reserve to decide on the further interest rate course. “All in all, the labour market report is neither fish nor meat,” said LBBW chief economist Uwe Burkert. At its next meeting at the end of October, the Fed should have difficulty drawing definite conclusions from this.

Nevertheless, some investors are relying on interest rate cuts. Especially, since several currency watchdogs had signalled a further easing of monetary policy given the recent economic slowdown. Meanwhile, there are increasing signs that industrial weakness is spreading to the service sector. The ISM Service Index, which measures the mood of US service providers, unexpectedly deteriorated significantly in September and fell to its lowest level for a good three years. The sharp decline follows another strong setback in the ISM index for the industry. On Tuesday, this had fallen to its lowest level for about ten years. The ISM index is regarded as a reliable early indicator of economic activity in the USA.

The interest rate cut fantasy finally lifts the stock markets upwards at the end of the week. Wall Street continued its recovery tour of yesterday, with the Dow gaining around 0.8 per cent in the first hours of trading. The tech value index NASDAQ Composite also opened the day with a plus and remained on green ground. It closed the trading day 1.4 per cent higher at 7,982.47 units.

The new Börsenwoche, therefore, promises to be exciting. Because not only the economy but also politics is always good for a surprise. On the one hand, there is the imminent impeachment of US President Trump. Analyst Streich doubts that enough Republican representatives can stand up against the incumbent in the Senate, but the process is likely to reinforce what the stock markets least like: uncertainty.

The same applies to the wrangling over Brexit. British Prime Minister Boris Johnson’s new proposal does not seem to have convinced the EU Commission, which is demanding improvements. It, therefore, remains to be seen how the planned withdrawal of the British will take place.

On Friday, the Asian stock markets did not find a uniform direction.

Economic concerns continued to dampen sentiment on the stock markets. Investors are concerned about the effects of the ongoing trade dispute between the USA and China. On the other hand, the resulting speculations on interest rate cuts were able to support the markets somewhat.

After initial gains, the EuroSTOXX 50 fell back to the minus or zero line. In the afternoon, however, it was still able to gain ground. He said goodbye 0.83 per cent higher with 3,445.70 points into the weekend.

In the wake of the friendly Wall Street, the Dax also ended its most recent slide and went into the weekend with a plus of 0.7 per cent. The mark of 12,000 points was passed again. However, in the first two days of October, the German benchmark index had fallen by more than four per cent, losing all of September’s gains.

The euro remained stable and almost unchanged just below the $1,10 mark.

The lowest unemployment rate in the USA for almost 50 years alleviated the rampant economic fears. The flight to safe havens such as gold and bonds eased. The price of the precious yellow metal stagnated at 1,504 dollars.

Oil prices didn’t move much either. One barrel of Brent currently costs around $58 while the barrel WTI is sold at approximately 52 US dollars.

The cryptocurrency market has remained stagnant at approximately $218 billion and the Bitcoin price sitting just above the $8,000 mark.

The low-cost airline Easyjet is not targeting the Thomas Cook airline Condor. “We don’t feel we need to do anything,” Lundgren said in an interview with “Welt”-Online when asked whether Easyjet was interested in joining Condor. Nevertheless, Lundgren did not rule out, taking over parts of the business from the bankrupt travel group. “Of course, like all airlines and travel companies, we will look at what might be of interest to us from the Thomas Cook network,” Lundgren said. With Easyjet hotels, the airline has also been offering package tours since last year.

Despite strong business growth, high costs caused Coca-Cola rival PepsiCo to record a substantial decline in profits in the third quarter. Net income decreased to $2.1 billion from $2.5 billion in the year-ago period. In particular, the flourishing Frito-Lay snack division boosted revenues by 4.3 per cent to $17.2 billion. The fact that Pepsi nevertheless earned significantly less was due, among other things, to increased expenditure for advertising and marketing. The US group also suffered from the strong dollar, which reduced foreign income after conversion into the US currency.

The company announced on Thursday evening (local time) in Palo Alto, California, that it plans to cut around 7,000 to 9,000 jobs to restructure the Group. The massive job cuts could reduce the company’s worldwide workforce by more than 16 per cent.

HP wants to achieve with it and with other measures annual savings of approximately one billion dollars. However, the redundancies are likely to put a massive strain on the balance sheet initially: the company expects to incur special costs of around one billion dollars by the end of the 2022 financial year.

HP last reported 55,000 employees, but that was last year. At first, the Group did not provide an updated figure. HP has already implemented austerity programs in recent years with severe staff cuts. In mid-2018, the Group announced that it was likely to lay off around 4,500 to 5,000 employees by the end of fiscal 2019.

For a long time, the shrinking market for PCs and printers was a problem for the company, but in the meantime, business has also improved considerably. Since the splitting up of Hewlett-Packard in 2015, HP has been continuing the hardware business of the tech primitive. HP’s top management is also undergoing radical change: CEO Dion Weisler hands over the top job to Enrique Lores, a long-standing HP manager, on November 1.

The HP share was under massive pressure in US trading and lost 9.57 per cent to 16.64 US dollars.