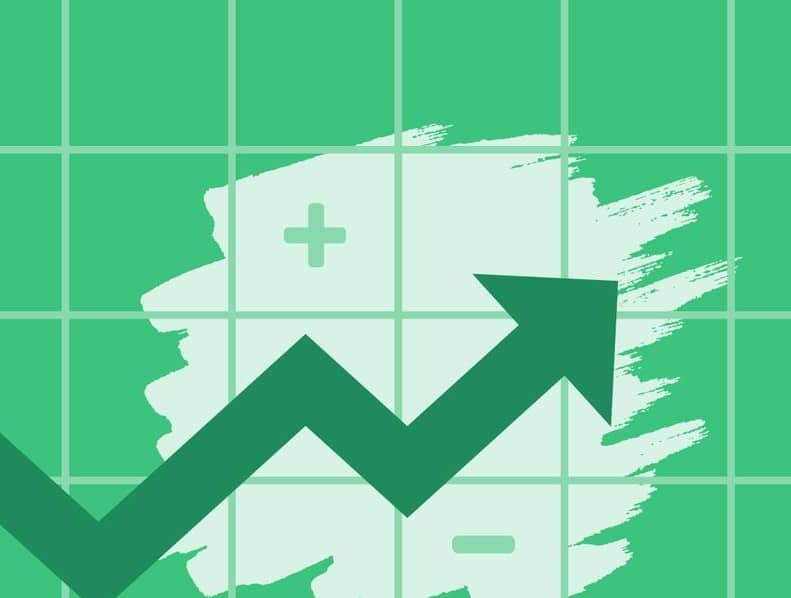 At the end of another intense week of trading, the US markets reached new highs, while the European and Asian markets exercised caution.

In the US, market participants continue to bet on new stimuli from the government, especially now that the US labour market paints a rather negative picture. In Europe, investors and traders are still torn between the vaccine and additional stimulus package hopes and the lockdown situation imposed by European governments.

Wall Street posted significant gains on Friday. The Dow Jones opened higher and climbed to a new record high in the further course of trading. In the end, the US leading index closed up 0.83 per cent at 30,218.26 points. After a firm start, the NASDAQ Composite was also able to gain further ground and started the weekend 0.7 per cent higher at 12,464.23 units.

The increase in employment in the USA was disappointing in November. However, the weak labour market could increase the pressure on the Republicans and Democrats in Washington to agree on a further economic stimulus package to spur the economy. Negotiations are currently underway on a compromise proposal of around 900 billion US dollars.

Besides, the agreement of the oil association OPEC+ to slightly increase their production volume also created a good mood.

The Asian markets could not find a common direction even before the weekend. The Japanese leading index Nikkei lost 0.22 per cent at 26,751.24 points. In contrast, the Shanghai Composite index showed little movement at the end of trading, rising 0.07 per cent to 3,444.58 points. In Hong Kong, the leading index Hang Seng 50 ultimately climbed 0.40 per cent to 26,835.44 points.

The rather sluggish stock market sentiment in the Far East was probably caused by the news that only half of the planned doses could be delivered by the vaccination hopefuls of BioNTech and Pfizer, due to delivery difficulties. Initially, 100 million doses of COVID-19 vaccine were still to be delivered this year. Next year, however, the two companies are aiming for the promised quantity of one billion doses.

Trading on the European stock exchanges was also friendly on Friday. Although the EuroSTOXX 50 had started almost unchanged, it closed the evening with a gain of 0.63 per cent at 3,539.27 points.

The Dax 30 had opened with a small minus and remained close to the zero line for most of the rest of the trading day. In the late afternoon, however, it picked up a little and finally went into the weekend with a gain of 0.35 per cent at 13,298.96 points. The TecDAX was able to pick up after a stable start and closed Friday trading with a plus of 1.05 per cent at 3,117.66 points.

The fact that there is still no agreement in the Brexit negotiations had a negative impact. Time is pressing because the transition phase following the British withdrawal from the EU at the end of January will end at the turn of the year.

The euro only continued its soaring trend on the Forex market temporarily on Friday. After climbing to 1.2178 US dollars, the highest level since April 2018, the common currency, the euro, was last quoted at USD 1.2136. It had risen steadily and significantly since the beginning of November when the euro was still trading near the 1.16 dollar mark.

On the commodities market, the decision by the Opec states and their allies to increase oil production only very cautiously from January onwards brought relief. The price for Brent North Sea oil per barrel rose by 2.5 per cent at its peak. Subsequently, at a rate of 49.20 US dollars per barrel, the increase melted away to around one per cent. The major oil exporters agreed to relax their production brakes and announced that they would review their production policy at regular intervals.

Gold was moving higher again today, but the strong resistance at $1,848 proved to be too tough to break – at least for the time being. The precious metal was rejected numerous times at the aforementioned level and came under further pressure when the US labour market report (NFP report) was released. At the close of Wall Street trading, gold was sold for $1,838, having entered the day only slightly higher at $1,840.

Many of the most popular cryptocurrencies got under some aggressive selling pressure after days of trading in very narrow ranges. Bitcoin ultimately lost 1.8 per cent and went to $18,800, while Ethereum dropped over 3 per cent to $588 and XRP accelerating its decline, posting a minus of over 5 per cent to $0.59.

Price-adjusted sales in Germany‘s manufacturing sector rose sharply in October. According to the Federal Statistical Office, sales were up 4 per cent on the previous month. The increase of 1.1 per cent originally reported for September was also revised to 1.7 per cent. Compared with February, the month before the start of the corona restrictions imposed by the government, seasonally and calendar-adjusted sales were 4.6 per cent lower.

In the USA, job growth slowed sharply in November. As reported by the US Department of Labor, only 245,000 additional jobs were created in the private sector and the state. Economists surveyed by Dow Jones Newswires had expected an increase of 440,000 jobs. The separately surveyed unemployment rate fell from 6.9 per cent to 6.7 per cent in November. This was in line with economists’ forecasts. Private households are surveyed for these statistics, while companies and public authorities are surveyed for the number of employees.

The USA reported a higher foreign trade deficit in October. The deficit rose from 62.1 billion US dollars in the previous month to 63.1 billion dollars, the Ministry of Commerce announced in Washington on Friday. Analysts had expected a slightly higher deficit on average. The decisive factor for this development was that imports rose somewhat more strongly than exports. The trade deficit with China increased, as did the deficit with Mexico. In contrast, the deficit with the European Union declined.

The upswing in the Chinese car market, which is so crucial for German car manufacturers, is continuing. According to preliminary data, sales of vehicles to dealers last month rose by 11.1 per cent year-on-year according to the China Association of Automobile Manufacturers (CAAM). As in previous months, the market thus remains on a strong growth course with double-digit percentage rates in most cases. The CAAM data includes not only passenger cars but also commercial vehicles such as trucks and buses. In recent months, commercial vehicles have grown noticeably faster than passenger cars.

China is by far the most valuable single market for the German automotive groups Volkswagen, Daimler and BMW.