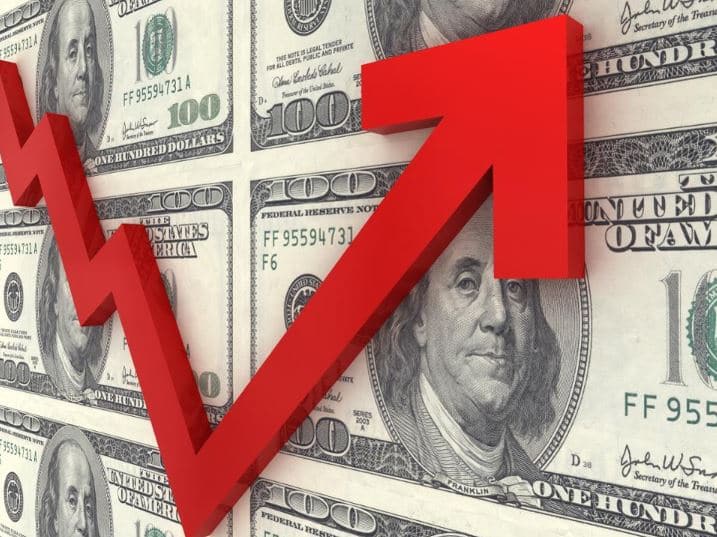 Since the hard fall of the stock market barometers in March, many of the major global indices have recovered significantly in the last few weeks. The hoped-for “v-shaped recovery” of the markets seem to manifest itself – even if no one can tell for how long the market will be able to hold those levels. Some experts suggest that we won’t see another significant drop despite all the unanswered questions because of the massive flood of money produced and provided by the central banks and governments. Additional aid programs are created almost daily, and there seem to be no more limits.

Towards the end of the week, Wall Street was able to continue the rally of the past few weeks, partly because the US Labour Market Report (NFP Report) had turned out surprisingly positive. The figures were much better than expected, indicating that the economy may be recovering faster than expected.

The US leading index Dow Jones was very friendly and closed 3.15 per cent higher at 27,110.98 points on the last trading day of the week. The NASDAQ Composite also trended higher, gaining 2.06 per cent to 9,814.08 points.

The US stock markets received a boost even before the stock market opened thanks to surprisingly strong data on the US labour market. Contrary to expectations (minus 8 million jobs), the US economy recorded job growth in May. As reported by the US Department of Labor, 2.5 million additional jobs were created in the private sector and the state. The unemployment rate also dropped to 13.3 per cent, down from 14.7 per cent. Before the data release, unemployment was expected to rise to over 19 per cent.

Asian markets were also friendly on Friday. In Tokyo, the Nikkei recorded gains and started the weekend 0.74 per cent higher at 22,863.73 index points. On the Chinese mainland, the Shanghai Composite was able to turn positive in trading, closing 0.40 per cent higher at 2,930.80 points. Hong Kong also saw an upward trend: the Hang Seng rose by 1.66 per cent to 24,770.41 units by the closing bell.

Fears that the tensions between the US and China will now affect the financial sector after US Secretary of State Mike Pompeo called for stricter stock market rules for Chinese companies were, however, shaken off in Friday’s trading session.

On Friday, stock prices in Europe went up again significantly, although experts assessed the specifications of the stock exchanges in Asia and the USA (from the previous day) as neutral at best. The EuroSTOXX 50 stood higher at the opening and was able to climb further by 3.76 per cent to 3,384.29 points.

In Germany, the Dax 30 opened with a plus and continued to expand its gains during the day. With a plus of 3.36 per cent to 12,847.68 points, it finally closed the week. The TecDAX opened at the end of the previous day’s close and hardly made any headway. In the end, the tech stocks index rose 0.13 per cent to 3,250.99 points.

In the foreign exchange market, the good US jobs data gave the dollar a boost, the dollar index rose by 0.3 per cent, and the euro fell back from its daily high above $1.1380, which was also the highest level in three months, to 1.1288 US dollars. On the US bond market, the positive economic data and investors’ risk appetite caused prices to fall sharply, and yields rose accordingly. The ten-year yield increased by 6.3 basis points to 0.89 per cent. This is the highest level since mid-March.

Oil prices rose sharply on Friday with hopes for an end to the production dispute between major oil nations. A barrel of US grade WTI rose by 4 per cent to almost $39. A barrel of North Sea Brent crude costs nearly $42 – 5 per cent more than the day before.

The International Monetary Fund (IMF) gives Egypt a credit line of 5.2 billion US dollars (‘4.6 billion) because of the Corona crisis. The organisation had already promised Cairo emergency aid of 2.7 billion dollars last month. The new credit line, which is limited to one year, will help Egypt to stabilise its economy and at the same time pushing ahead with critical structural reforms, it was said. The IMF board has yet to approve the programme, but this is considered a formality.

Tourism provides many jobs in Egypt and brings important foreign exchange to the country – but due to the pandemic, this business had recently come to a virtual standstill.

The Washington-based IMF is supporting numerous developing and emerging countries because of the pandemic. Around 100 countries have asked the IMF for emergency aid or loans, and dozens have already applied for such funds.

The office communications service Slack has disappointed investors with its growth during the corona crisis. Accordingly, the share price fell by 16 per cent at times in post-trading trading. Slack increased its sales in the first quarter of the fiscal year, which ended in April, by 50 per cent year-on-year to 201.7 million dollars. However, the company had been growing at a similar pace before – investors had expected the corona crisis to boost business more strongly. For the current quarter, Slack was forecasting an increase in sales of up to 44 per cent.

Tesla boss Elon Musk has returned to the short news service after a short Twitter timeout with a demand for the destruction of the world’s largest online retailer Amazon. “It’s time to split up Amazon. Monopolies are unjust,” the 48-year-old star entrepreneur wrote on Thursday. Musk was outraged that Amazon allegedly refused to sell a book that critically deals with lockdown strategies in the corona pandemic. “That’s crazy,” he said, addressing Amazon boss Jeff Bezos’ Twitter account directly.