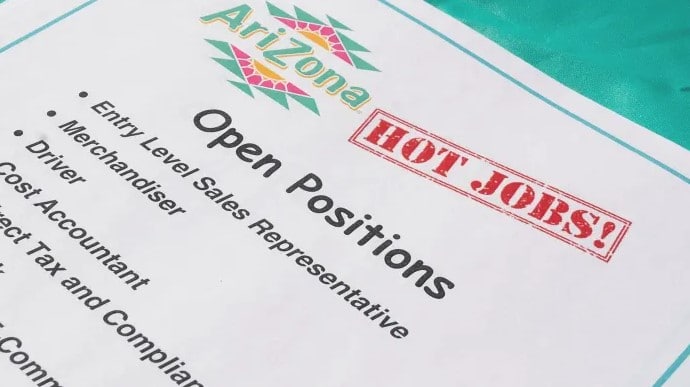 An exciting stock market week they ended in New York as it had begun – with price gains and records. The DAX also remained on the upswing and set new records. The New York stock exchange continued to rise at the end of the week. All major indices set new records but were unable to maintain the high levels in the end. The monthly US labour market report provided the main positive impetus.

The overall labour market situation in the United States continues to improve significantly. Still, the low unemployment rate and the increasing scarcity on the labour market, in conjunction with the wage increase, should be viewed critically for the monetary policy of the US Federal Reserve market experts warn.

Thanks to strong labour market data, the US indices continued to trend upwards on Friday. The Dow Jones was friendly before the weekend and rose by 0.56 per cent to 36,327.95 points. The NASDAQ Composite tech index was also up at the close of trading, rising 0.20 per cent to 15,971.59 points. Both indices posted new record highs during the session.

At the end of the week, the US stock markets continued their record-breaking streak. The prerequisite for this was a surprisingly strong labour market report. Last month, a substantial increase in employment was recorded, which also exceeded market expectations. For the US Federal Reserve, the labour market development is the most important benchmark for its monetary policy, even before inflation.

The Asian stock markets went downhill on Friday. In Japan, the Nikkei benchmark index lost 0.61 per cent to 29,611.57 points before the weekend. On the main Shanghai stock exchange in mainland China, the Shanghai Composite fell by 1.00 per cent to 3,491.57 index points. Meanwhile, in Hong Kong, the leading index Hang Seng was down 1.41 per cent to 24,870.51 units.

On Friday, concerns in the real estate sector flared up again. In addition, the Bank of England’s decision not to raise interest rates yet – contrary to the expectations of many market participants – weighed on the market. This had a particularly negative impact on banking heavyweights, which dragged down prices in Hong Kong in particular. A higher interest rate would make the banks’ lending business more lucrative. In addition, it was said that other central banks might also act more cautiously in raising interest rates.

The European stock markets were firmer on Friday. The EuroSTOXX 50 was just in the red when the starting bell sounded but then moved into the green. It then went into the weekend 0.69 per cent firmer at 4,363.04 points.

The DAX was slightly weaker at the opening of trading but was then able to change the sign. After good figures from the US labour market, it even set another record at 16,084.90 points. At the close of Friday trading, it was up 0.15 per cent at 16,054.36 points. The TecDAX, meanwhile, fell deep into the red and closed 1.22 per cent lower at 3,895.73 points after having spent the morning in the profit zone. Earlier, it had started marginally firmer.

Meanwhile, the shares of Varta came under significant pressure – after a disappointing sales outlook, they slumped by almost a quarter at times.

The euro was volatile in foreign exchange trading today. After the publication of important economic data, the European common currency fell significantly to as low as 1.1513 dollars but then recovered again. During the US session, it traded for 1.1566 dollars.

Oil prices are on the upswing again at the end of the week and are gaining more strength. Commodity experts from Goldman Sachs expect stronger price fluctuations on the oil market in the coming weeks. According to the US investment bank, the market remains undersupplied. In the evening, a barrel of North Sea Brent cost 82.79 US dollars, 2.25 dollars more than the previous day. The barrel price for the American Sorted WTI rose by 2.52 dollars to 81.33 dollars.

The gold price rose sharply in late US trading, ultimately gaining over 25 US dollars to $1,817 per troy ounce.

The overall crypto market cap remained stable today, but many top dogs consolidated further – except Binance Coin. The Ethereum competitor continued its rally and rose 8.9 per cent to $609, while Bitcoin and Ether declined by around 1 per cent to $61,000 and $4,480, respectively. Solana dropped by 4.5 per cent to $237, Cardano consolidated at around $2, XRP lost 2 per cent to $1.16, and Polkadot declined by 3.5 per cent to %51.80. On the other hand, meme coins were in demand again, with Shiba Inu shooting up 24 per cent the daily.

Germany’s production fell in September. According to the Federal Statistical Office, it declined by 1.1 per cent compared to the previous month. It was 1.0 per cent below the level of the same month last year, adjusted for working days, after being 2.2 per cent higher in August. Economists surveyed by Dow Jones Newswires had forecast a monthly increase of 1.0 per cent at the end of last week. However, weak industrial sales data on Thursday had already suggested that output was also likely to fall.

Retailers in the eurozone achieved lower sales in September, albeit after a more robust previous month. Compared to the last month, revenues fell by 0.3 per cent, the statistics office Eurostat reported in Luxembourg on Friday. Analysts, on the other hand, had expected an average increase of 0.2 per cent.

US job growth picked up more than expected in October. In addition, the figures for the two previous months were revised sharply upwards. In October, the US Department of Labor reported that 531,000 additional jobs were created in the private and government sectors. Economists surveyed by Dow Jones Newswires had expected an increase of only 450,000 jobs. For the two previous months, there was an upward revision of a cumulative 235,000 jobs. The ministry now reported a job gain of 312,000 for September (preliminary: 194,000) and 483,000 for August (preliminary: 366,000).