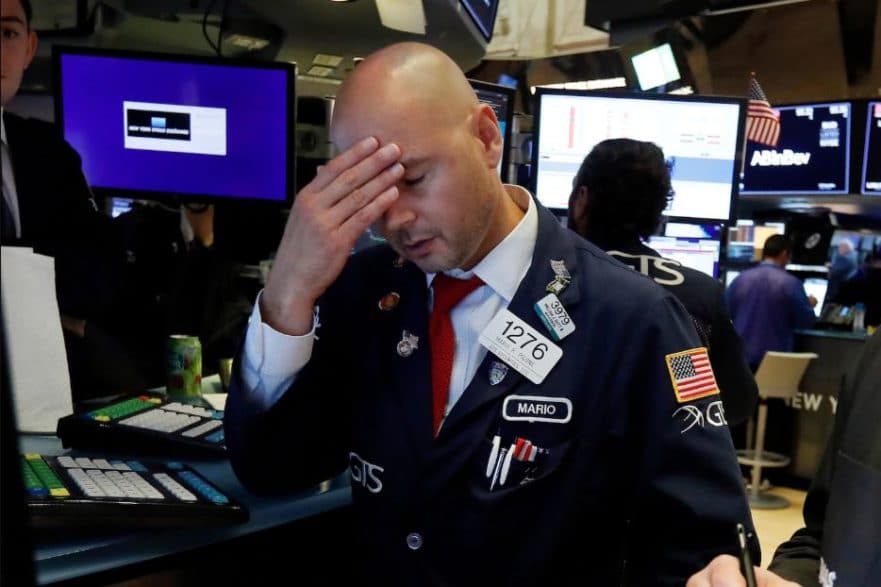 Overall, investors in the stock market remain deeply unsettled by the consequences of the coronavirus eruption. Every day, new infection figures are coming in via the ticker from more and more countries.

Stock markets remain highly volatile, and fear of the consequences of the virus crisis has been prevailing for days. There is still no sign of a signal of relaxation. However, the markets are at least gathering a little hope: the implied supporting measures for the economy already slowed down the downward slide in the US last Friday.

A further interest rate cut by the US Federal Reserve (Fed) is expected in the world’s leading economy. The Fed had already taken surprising and significant action on Tuesday, lowering the US Interest Rate by 0.5 percentage points. More than 106,000 infections with the novel coronavirus have now been confirmed worldwide, almost 850 of them in Germany.

The downturn on Wall Street continued at the end of the week – but could have been more serious. The US leading index Dow Jones was significantly weaker and at 25,864.78 points fell 0.98 per cent below the previous day’s level. The Nasdaq Composite lost more significantly: its minus at the end of trading was 1.87 per cent to 8,575.62 points.

Concerns about the ongoing spread of the coronavirus increasingly turned into fears of recession – fueled by a rising number of warning companies. In addition, more and more US states announced emergency measures against the epidemic. Especially before the weekend, investors reduced risk positions and therefore sold stocks. Even a surprisingly positive US labour market report provided little support for the stock markets. In late trading, however, investors came to their senses somewhat, the indices recovered and closed – despite heavy losses – close to the daily highs.

Asia’s stock markets fell sharply on Friday in the wake of weak Wall Street. The CSI-300 index on the Chinese mainland stock exchanges fell by 1.35 per cent, while the Hang Seng in Hong Kong fell even more sharply by 2.36 per cent. In Tokyo, Japan’s leading index, the Nikkei 225, closed particularly weakly with a strong minus of 2.7 per cent.

Europe’s stock exchanges were significantly weaker in Friday trading. The EuroSTOXX 50 initially fell slightly, but then increased its loss significantly. It started the day in the red of 3.91 per cent at 3,232.07 points.

The DAX started the weekend at a discount and remained deeply in the red. In the afternoon, the leading index reached its low for the day at 11,447.20 points, a drop of around four per cent. Most recently, the stock market barometer was able to reduce its losses somewhat and closed out trading 3.37 per cent lighter at 11,541.87 points. The DAX is now more than 16 per cent away from its record high in mid-February. The TecDAX also lost points at the beginning of the year and subsequently showed a larger loss. At its peak, it fell to 2,781.08 points. At the end of the trading day, tech stocks were down 3 per cent to 2,824.54 points.

The interim recovery tendencies on the stock markets did not last. The coronavirus and concerns about its consequences – including economic ones – continued to have a firm grip on the markets. More and more companies warned of the negative effects of the corona crisis on their own business.

The euro gave back some of its gains on Friday in US trading. The common currency cost $1.1316 on Wall Street about an hour before the close of trading. At times, it had risen as high as $1.1355, the highest level since last July. The euro is currently profiting strongly from the shrinking interest rate lead of the US over the eurozone. The European Central Bank set the reference rate in Frankfurt in the afternoon at 1.1336 (Thursday: 1.1187) dollars.

The market for American government bonds suffered a sharp drop in yields shortly before the weekend. Above all, the prospect of a further substantial interest rate cut by the US Federal Reserve (Fed) weighed on interest rates for American bonds. Already on Tuesday, the Fed had surprisingly lowered its key rate by half a percentage point to stem the corona effects. Meanwhile, experts firmly expect further reductions in the USA. Investments in dollars will thus become less lucrative, which will put pressure on the US currency.

The oil cartel Opec and the states cooperating with it have not managed to agree on new cuts in oil production beyond the end of the month of March. This was announced by Opec and Russian Energy Minister Alexander Nowak on Friday in Vienna after lengthy negotiations. Accordingly, the oil price continued its downward slide of the past weeks on Friday. A barrel of North Sea Brent crude was cheaper than at any time since summer 2017 and cost less than 45.50 US dollars in the afternoon – more than nine per cent less than the previous day. At the beginning of this year, the Brent price per barrel was still more than 65 dollars. As a result, the prices for gasoline and heating oil could also fall in the coming weeks.

In the gold market, investors took profits after the price had previously climbed to a seven-year high of $ 1,689 an ounce. However, the yellow metal is currently profiting from the growing risk aversion, and the flight of investors into safe havens.

Cryptocurrencies remained widely unchanged with Bitcoin just staying above the $9,000 mark, Ethereum at $225 and XRP at $0.2350.

Meanwhile, the markets hardly reacted at all to the US labour market data for February, which was again very strong and in “normal times” usually the high point of the stock market week. The number of jobs outside of agriculture rose by 273,000, well above analysts’ expectations of 175,000. The unemployment rate in the US remains at a low 3.5 per cent.

The shares of the American company Co-Diagnostics continued their strong rise on Thursday on the Nasdaq technology exchange. The company reported an increasing demand for tests to detect the coronavirus’. Since the beginning of the year, the share price has at times increased more than twentyfold. Yesterday, the share rose by almost 19 per cent to 14.25 dollars.

The online trading platform eBay has banned the sale of respirators, hand disinfectants and other antibacterial cleaning products on its US website.

The company explained the move on Thursday to users with legal concerns and unfair prices in connection with the novel coronavirus. eBay will keep an eye on all offers except books whose product description is related to the virus and remove them quickly. Time and again, sellers try to make a profit out of the fear of a spread of the epidemic. Amazon had also already taken action against it.