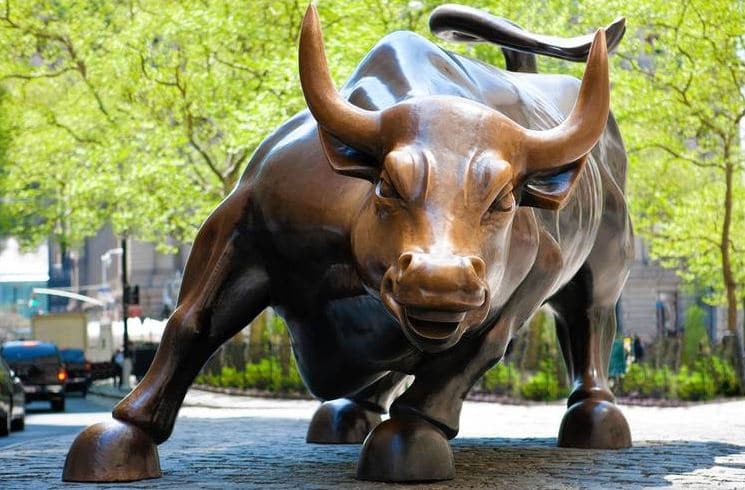 The markets are pumping

Further slips in the vote for British Prime Minister Boris Johnson and his No-Deal-Brexit plans had delighted investors, as had the announcement of new talks in the trade dispute between the US and China and surprisingly good economic data from the US.

On Friday morning, however, investors are taking a wait-and-see stance ahead of the US Labour Market Report for August.

Finally, the Fed may be interested in the US labour market situation. The Federal Reserve will decide on possible rate cuts on September 18.

Wall Street ended Thursday’s trading session with substantial gains, setting an exclamation mark below the slippage of recent weeks. The leading Dow Jones index continued its strong performance of the previous day with a gain of 1.4 per cent to 26,728 points. At its peak, it passed the 26,800 points for the first time in more than a month.

After the good results from the USA, the stock markets in Asia are also going up again on Friday. On the last trading day of the week, Japan’s leading index, the Nikkei, will gain around half a per cent.

The premiums on the Chinese mainland were slightly lower, with the Shanghai Composite posting a slight gain. A similar picture can be seen in Hong Kong, where the Hang Seng is somewhat firmer.

In addition to the targets from the USA, robust economic data are also responsible for the price premiums in Asia. Thanks to a positive ISM index and good labour market data from the provider ADP, the spectre of a “recession” has receded into the background.

There will probably be little movement on the European stock markets at the start of trading on Friday. The EuroSTOXX 50 closed 0.98 per cent higher at 3,484.70 units the day before.

The market environment remains cautiously positive: solid economic data came from the USA, there are positive signals from the trading front, and there is also hope that an unregulated withdrawal of Great Britain from the European Union can still be prevented. In the afternoon, the US Labour Market Report is due to be released – this should provide new insights into the state of the US economy. Experts, therefore, expect restrained trading in Europe for the time being.

The bulls did a hell of a job on the German stock market. Within ten days they have raised the DAX by around 600 points. They really deserve a little break.

The Dax is unlikely to take any big leaps at the start of trading. The broker IG rates the German benchmark index at 12,124 points. The day before, the DAX 30 had gained 0.9 per cent to 12,127 points. This was the highest closing price for five weeks.

The sharp fall in the dollar and falling real interest rates have also had a massive impact on the price of gold in recent weeks. However, the increasing risk-on sentiment is increasingly becoming a burden for the precious yellow metal. After yesterday’s price slide, the gold price was able to stabilize at currently 1,519 dollars but shows signs of a further down-trend. However, if this afternoon’s US non-farm payroll data release disappoints, the gold price is likely to shoot back up.

Oil prices, on the other hand, are continuing their upward trend. The prices for the North Sea variety Brent and the US variety WTI have continued to rise slightly. A barrel Brent crude is currently valued at around 61 US dollar and a barrel of WTI $56.

The cryptocurrency market has gained some traction once again on Thursday and this early Friday morning. The overall market cap rose to round-about $273 billion, while the price of Bitcoin gained almost 3 per cent. A Bitcoin costs now more than $10,800, one Ethereum token $176 and the price of XRP is just below the $0.26 mark.

China’s Prime Minister Li Keqiang says he wants to end the “chaos” in Hong Kong. “This will happen within the framework of the law,” the Prime Minister assured at a press meeting with German Chancellor Angela Merkel in Beijing on Friday. China has “the wisdom” to do so. The central government has already repeatedly affirmed that the Chinese special administrative region is dealt with “on a legal basis”.

He did not directly address the question of a possible military intervention in Hong Kong. However, such an intervention would also be possible on the current legal basis if the Hong Kong government could no longer cope with the protests and ask the central government for help.

Hong Kong’s government had linked the withdrawal of the bill to an offer of talks to all sections of society since the dissatisfaction among the seven million Hong Kong citizens goes far beyond the law and also extends to economic and social problems in the port metropolis.

The office landlord WeWork wants to make the leap to the New York Stock Exchange with a strong discount on the valuation. Bloomberg reported that WeWork was aiming for a valuation of 20 to 30 billion dollars in the IPO expected shortly, citing insiders. This is significantly less than the 47 billion dollars WeWork was valued with at the last financing round at the beginning of the year. Due to the turmoil in the stock markets, a lack of profits and criticism of the company’s management, WeWork has difficulty convincing investors to go public.

Facebook competes with Tinder: The social network launched its free service “Facebook Dating” in the USA on Thursday. The feature was announced by Facebook in May 2018 and is already available in 19 countries in South America and Asia. Europe should be ready by 2020. Interested parties can create a separate dating profile in addition to their traditional profile for partner search, which is not visible to their friends.

Google has landed a coup in the competition for technical platforms in cars of the future. The US author General Motors (GM) announced on Thursday that from 2021, he would rely more on the Android operating system and online services of the Internet company.

Google Maps and the Language Assistant will be automatically integrated into future GM cars. This is the second big catch for Google: last year, the Renault and Nissan Auto Alliance announced similar plans.