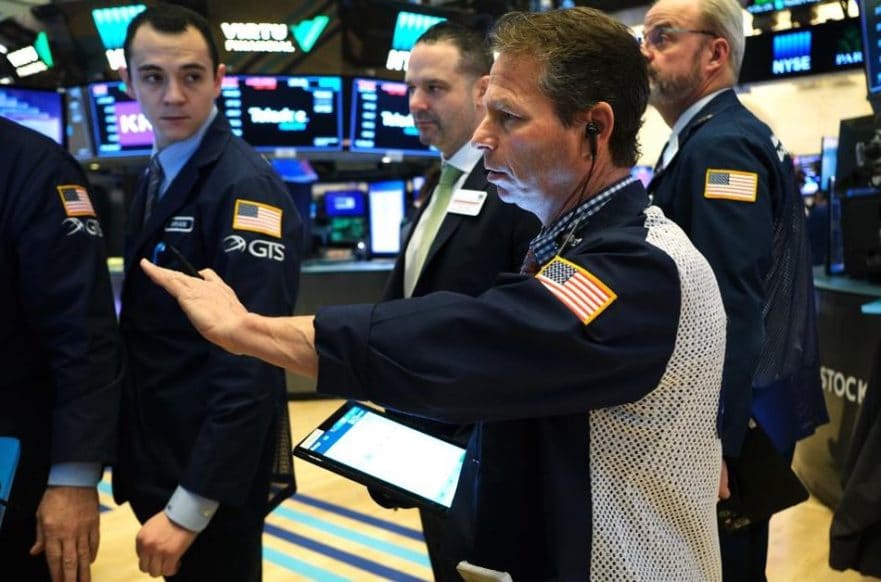 It was not yet a bitter awakening nor a sellout, but still, at the end of the trading week, disillusionment was spreading in the global markets.

After the confidence in the coronavirus issue, investors seemed to focus on facts and figures again: The increase in newly confirmed coronavirus infections in China appears to have stabilized slightly – but remains very high. China’s head of state and party leader Xi Jinping sees the fight against the spread of the novel coronavirus in a “decisive phase”. The number of deaths from lung disease in China has risen to 636, and the number of people infected has increased to 31,161 nationwide.

It remains unclear how much the virus will affect the global economy, so investors should be prudent when investing in global markets.

Investors on the US stock exchanges withdrew before the weekend. The leading index Dow Jones started 0.32 per cent weaker at 29,286.92 units and then slid further into the red. The index fell 0.94 per cent to 29,102 points. The tech index NASDAQ Composite also fell 0.48 per cent to 9,526.64 points at the opening and remained in the red for the rest of the year. It ended the trading day 0.54 per cent weaker at 9,520 points.

Despite outstanding employment figures, the US markets were unable to continue their upward trend. With 225,000 newly created jobs, the NFP report exceeded all expectations.

Asian equity markets also weakened on Friday after the recent rally. The coronavirus crisis continues to dominate, and uncertainty about the economic consequences remains high. The CSI-300 index recently lost 0.64 per cent while the Hang Seng in Hong Kong fell by 0.71 per cent. In Tokyo, Japan’s leading index, the Nikkei 225, closed with a slight discount of 0.20 per cent.

Europe’s stock markets were virtually unchanged on Friday but tended to slide slightly into negative territory.

The EuroSTOXX 50 was tending around the zero line before it had opened even higher. By the end of the trading day, it had fallen by 0.18 per cent to 3,798.49 units. The Dax 30 showed a minus when the starting bell rang on Friday and remained below the zero line for the rest of the day. It fell 0.45 per cent to 13,513.81 points over the weekend. The TecDAX lost considerable ground in the meantime and then closed 0.89 per cent down at 3,179.21 units.

As was already the case in Asia, there was also slight profit-taking in Europe before the weekend. On the economic side, industrial production figures from Germany and France were on the agenda. The data from Germany in particular provided disillusionment. German industrial production fell by 5.3 per cent in December, as sharply as last seen in 2009, in the middle of the financial crisis. Economists had expected a decline of only 0.2 per cent.

In general, global growth worries “took centre stage again” in the currency market during the week, said currency strategist Lee Hardman of the Japanese Mitsubishi Financial Group. Currencies such as the US dollar, which is considered a safe haven, benefited most from this.

The euro continued to weaken on Friday in late US currency trading. The single currency fell to its lowest level in about four months. It was under selling pressure for the fifth consecutive day and has lost about one per cent of its value since Monday. Most recently, the euro traded at $1.0947. The European Central Bank (ECB) had set the reference rate at 1.0969 (Thursday: 1.1003) dollars.

The dollar was further boosted in the afternoon by better than expected US economic data, while the euro continued to weaken.

Meanwhile “the Aussie” dropped to its lowest level in over a decade (since 2009) and fell against the US dollar at times to under $0.6660.

Oil prices fell slightly on Friday. Initial gains did not last. A barrel (159 litres) of North Sea Brent crude cost $54.81 in the late afternoon. That was twelve cents less than on Thursday. The price of American WTI crude oil fell by 19 cents to 50.76 dollars. Oil prices are thus heading for the fifth consecutive week of losses.

On the gold market, the price of the troy ounce of gold rose slightly to 1,567 dollars. At the beginning of February, the precious metal was still quoted at 1,594 dollars.

Cryptocurrencies lost a bit of momentum at the end of the week and had to give up some of their weekly gains. Nevertheless, the weekly balance for the currently most important digital assets is well worth seeing. Bitcoin lost about 0.9 per cent to $9,690 today but has gained more than 3 per cent in the past seven days. The balance sheets for Ethereum and XRP are even more impressive: Ethereum lost about 0.35 per cent to $217 today but gained a whopping 19 per cent last week. XRP lost about 4 per cent today to $0.2710 but gained 13 per cent during the previous seven days.

The USA extends its punitive tariffs to steel and aluminium imports. On Saturday (00:00 local time/06:00 CET) the special levies on products such as steel nails, staples, wire and cable will come into effect. Argentina, Australia, Brazil, Canada, Mexico and South Korea are exempt from the new duties on steel products, and Argentina, Australia, Canada and Mexico are exempt from tariffs on aluminium products.

Under the pretext of national security, US President Donald Trump imposed special tariffs on steel and aluminium all over the world in spring 2018. At the end of January, the US government justified the extension of the punitive tariffs by saying that foreign manufacturers had circumvented the previous taxes by increasingly supplying aluminium and steel products to the US that were not yet on the punitive tariff list.

The operator of the New York Stock Exchange has abandoned its plan to buy the online marketplace eBay. This was announced by the Intercontinental Exchange (ICE) on Thursday evening. As a result, eBay shares fell by almost seven per cent in the post-trading period, while ICE shares rose by almost five per cent.

In the night to Wednesday, the ICE had confirmed the rumours that the exchange operator had approached eBay. eBay, however, had shown no interest, it was said. For their part, analysts had doubted the logic of such a takeover. The interest had hurt the ICE share, the eBay share had profited.