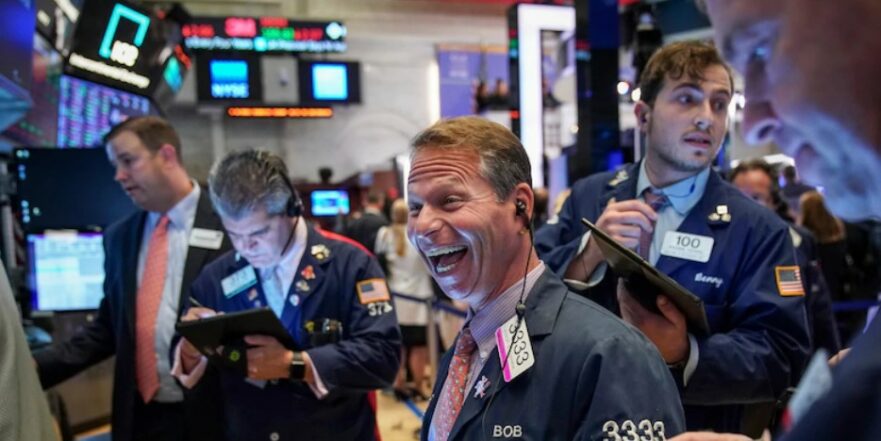 Spring Fever on the Stock Market

Stock prices are going higher and higher, driven by the money glut of central banks and governments. Even the prevailing corona news can no longer unsettle investors. The prospects “after corona” are too good and money is too cheap at the moment.

The reason for the exuberant optimism on the stock markets is still that investors are betting on a massive economic upswing starting in the second half of the year. Now Jamie Dimon, head of the largest US bank JPMorgan, added fuel to the fire by saying that the US economy will have an economic boom lasting until 2023. Especially US President Joe Biden’s billion-dollar infrastructure programme could trigger an unprecedented boom, experts believe.

There are also cautionary voices in this Boersen party environment. Positive economic data, the rapid progress of the corona vaccination campaigns in the USA and the extremely expansive global monetary policy have pushed the markets to new highs, but the danger of setbacks is increasing.

A scarcity of economic data provided little impetus on the stock markets. Thus, the price increase at the US producer level continued in March. However, statements from the US Federal Reserve’s meeting minutes on Wednesday evening positively affected the markets, market observers explained. Under Jerome Powell’s leadership, the Fed stated that it wanted to maintain its ultra-loose monetary policy until there was a comprehensive economic recovery.

According to market participants, the downward trend was due on the one hand to profit-taking following the recent gains triggered by economic confidence. On the other hand, stronger than expected increases in producer and consumer prices in China weighed on sentiment. On the other hand, stronger-than-expected producer and consumer prices from China have weighed on sentiment, as there is concern that this could push the Chinese central bank to tighten monetary policy to counter excessive inflation.

Friday trading was quiet for the European stock exchanges. The EuroSTOXX 50 ultimately ended trading with a marginal gain of 0.03 per cent to 3,978.84 points.

The DAX was little changed at the start of trading on the Frankfurt Stock Exchange, but in the end, it showed a gain of 0.21 per cent to 15,234.16 points. The TecDAX also opened with little movement and was indecisive as the day progressed. In the end, it went into the weekend 0.22 per cent firmer at 3,483.12 points.

In addition to the talks about a tougher lockdown in Germany, stock market participants focused on German industrial production figures. Investors were also waiting for potential stimulus from the International Monetary Fund’s spring meeting (IMF) and the World Bank.

The euro climbed back above the 1.19 US dollar mark in New York trading on Friday but was almost unmoved overall.

Oil prices fell slightly again today, after having turned positive in the meantime. A barrel of North Sea Brent cost 0.3 per cent less in the evening at 62.92 dollars.US West Texas Intermediate (WTI) remained at 59.60 dollars per barrel. Saudi Arabia recently defended the latest decision by the OPEC+ producer countries to increase production gradually.

The price of gold fell sharply at times and closed 12 US dollars lower at $1,743 per troy ounce at the end of the week.

It was yet another stellar day for the investment darling of the century – cryptocurrencies. Bitcoin managed to break above $60,000 after a couple of retests and ultimately gained 4.6 per cent to $60,700. Ethereum also continues with its bullish momentum, rising another 4.2 per cent to $2,173, while Binance Coin shot up over 14 per cent to now $478. XRP also moved back up well above the $1 mark, confirming its number 4 position in the crypto-verse and ultimately gaining 3.9 per cent to $1.08. Another mention should go to VeChain (VET), which silently made it to $0.1380 at present, a solid 14 per cent gain on the daily chart.

The rise in producer prices in China continues. The prices that manufacturers charge for their products rose by 4.4 per cent in March compared to the previous year, as the statistics office announced in Beijing on Friday. This is the most significant increase in almost three years and more than analysts had expected on average. On the one hand, the increase is a positive signal for the Chinese economy’s strength; on the other hand, the data could make inflation concerns, which have eased somewhat of late, grow again.

Germany‘s production again developed weaker than expected in February. According to the Federal Statistical Office, it fell by 1.6 per cent compared to the previous month and was 6.4 (January: 4.0) per cent below the same month’s level last year. In contrast, economists surveyed by Dow Jones Newswires had forecast a monthly increase of 1.1 per cent.

The German economy slightly increased its exports in February. Adjusted for calendar and seasonal effects, exporters sold 0.9 per cent more abroad than in the previous month, as Destatis reported. Economists surveyed by Dow Jones Newswires had expected a plus of 0.8 per cent. Compared to the same month in 2020, exports were 1.2 per cent lower. Imports rose 3.6 per cent in February compared to the previous month. Over the year, there was an increase of 0.9 per cent.