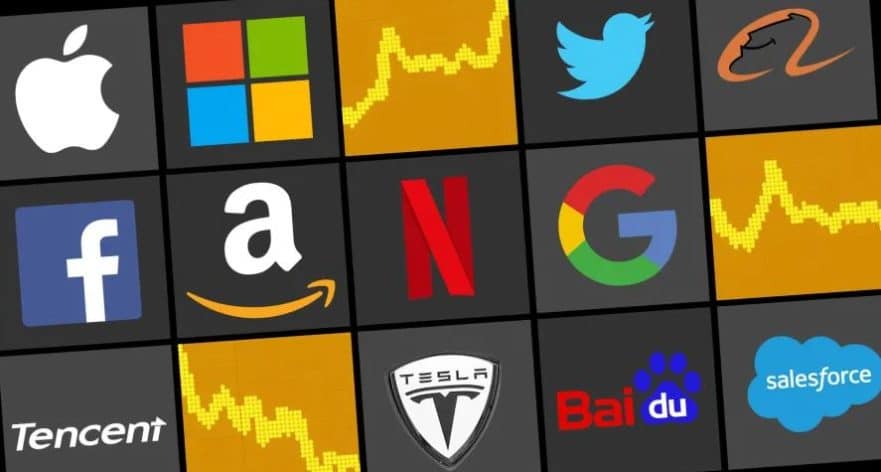 New York’s Wall Street is still flying high. Especially the tech heavyweights Apple, Facebook and Google’s mother alphabet continue to drive Dow Jones and co to new record highs at the end of the week. Especially the Apple stock, which recently hit the 300 dollar mark, does not seem to be slowing down and continues to soar.

In the meantime, however, the first voices are being raised warning of a bubble formation.

The Dow Jones firmed by one per cent at the start of the year and then, with a small gain, moved to a new record high, exceeding the 29,000 point mark for the first time. After that, however, it went downhill. Its closing level: minus 0.46 per cent at 28,823.77 points. The NASDAQ Composite opened in plus and immediately after the start climbed to a new record high of 9,235.20 points. It then also slipped into red territory. It ended the trading day 0.27 per cent weaker at 9,178.86 points.

Initially, the positive sentiment on Wall Street was still present, but even though the record chase was taken out of its sails, the important indices again reached new intraday all-time highs. Subsequently, however, caution took the reins.

Signs of détente in the conflict between the USA and Iran and the imminent signing of the partial agreement in the US-Chinese trade dispute caused optimism in the market.

The official labour market data showed that although there was a lack of momentum in December, the US labour market is still very robust. 145,000 new jobs were created in December, compared with 164,000 expected. The increase in hourly wages was also rather modest at 0.1 per cent compared with the previous month, with an increase of 0.3 per cent expected. The unemployment rate, however, remains unchanged at 3.5 per cent, the lowest level in 50 years.

Asia’s stock markets failed to find a common direction on Friday. After the recent positive developments as a result of the slight easing of tension between the USA and Iran, the indices lacked the strength for further large jumps for the time being. The Japanese leading index Nikkei rose by half a per cent to 23,850 points by the end of trading – the highest level since 1991. In contrast, the CSI-300 index, which comprises the 300 most important stocks on the Chinese mainland stock exchanges, has recently fallen slightly. The Hang Seng in Hong Kong, however, rose by 0.27 per cent to 28.638,20 points.

Although the EuroSTOXX 50 started the day somewhat higher, it was unable to hold its gains for the rest of the day and ended trading close to the previous day’s level.

The German leading index Dax 30 opened in positive territory, moving close to its all-time high of January 2018 (13,596.89 points), but fell back again later in the session. The stock market barometer was 0.09 per cent weaker at 13,483.31 points while the TecDAX managed to end the day with a small gain.

The news situation on the European stock exchange floors was thin. In the afternoon, the publication of the US labour market report did not cause any significant fluctuations either.

Since Thursday, trading in the Forex market has been relatively quiet. The euro is currently trading at $1.1118. The European Central Bank (ECB) set the reference rate at 1.1091 (Thursday: 1.1110) dollars.

Oil prices have fallen slightly. In the afternoon, a barrel of North Sea Brent crude costs 0.3 per cent less at USD 65.37. The price of US crude oil of the WTI variety falls by 0.6 per cent to 59.26 dollars.

After oil prices had initially risen to several-month highs in the course of an escalation of the situation, they are now once again well below the level they were at the time of the deliberate killing of the high-ranking Iranian general last week.

The gold price is up about half a per cent to just over $ 1,560 an ounce. Over the week, the yellow crisis currency had risen to its highest level in seven years at rates above $1,600 an ounce.

The cryptocurrency market remained almost unchanged on Friday. Bitcoin is still traded above the $8,000 mark, while Ethereum is trading at $142 and XRP at approximately $0.2100.

The Facebook papers on Friday on the Nasdaq meanwhile rose to 219.78 dollars – a new record. In the day, however, the shares gave up their gains – trading was finally down 0.11 per cent to $218.06. This exceeded the previous all-time high of USD 218.62 from the summer of 2018. One of the price drivers was a bullish analysis by Bank of America.

The price dip of the second half of 2018 has thus been completely ironed out. At that time, the shares of the Zuckerberg group had fallen by up to almost 44 per cent to 123.02 dollars in the wake of the EU data protection regulation and the data scandal surrounding Cambridge Analytica.

Following the share price recovery in 2019 by almost 57 per cent in 2019 and the continued rally at the beginning of 2020, Facebook is now back to a market value of around 614 billion dollars.

After a surprisingly good Christmas business, the Irish airline Ryanair is once again aiming for a billion-euro profit. In the current financial year until the end of March, the company announced on Friday that the surplus should reach 950 million to 1.05 billion euros. Currently, management expects a result in the middle of the range. Most recently, Ryanair CEO Michael O’Leary had forecast a profit of 800 to 900 million euros, after last year’s result had slumped to 885 million euros.

However, Ryanair’s Austrian subsidiary Lauda continues to feel the price war in the passenger business. The Ryanair management admitted that its annual loss of about 90 million euros would be more than ten million euros higher than previously expected.