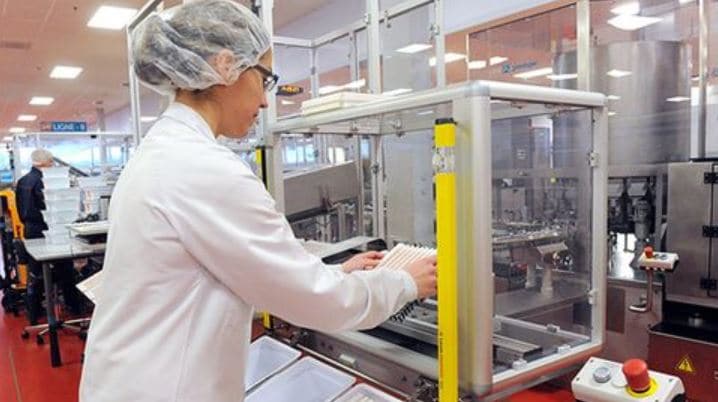 After several days of consecutive price losses, some investors returned to the stock markets on Friday, and the bulls took the helm towards the end of trading. The buying mood was once again fueled by vaccine hopes from Gilead Science and quite positive economic data.

Industrial production in France, for example, rose in May by 19.6 per cent month-on-month. Italian industrial companies even reported a 42.1 per cent increase in total output compared to April.

In China, the world’s workbench, the economy is also likely to have risen sharply in recent weeks. Economists expect the country’s GDP in the second quarter to have been nine per cent higher than in the previous period. In the two past months, it had slumped by about 20 and almost 30 per cent respectively due to pandemic restrictions.

One of the biggest winners among individual stocks was again Netflix today, as it was the seventh record high in a row. Most recently, the papers of the video streaming service gained about 3 per cent to 522.65 dollars. Goldman Sachs had previously reaffirmed its “buy” recommendation and raised its price target from $540 to $670. The bank expects Netflix to easily exceed market expectations with its figures for the second quarter.

However, there is growing concern that the United States’ economy will weaken again as the spread of the coronavirus continues to accelerate in the south and west of the country. Most recently, the number of newly infected persons reached a new peak as a result of the relaxation of the corona regulations: within 24 hours, there were around 63,200 additional cases.

The Far Eastern stock markets mostly trended weaker on Friday. The losses on the US financial markets from the previous day, where only the technology-heavy Nasdaq 100 Index escaped the downward pull, weighed on the markets.

The European markets presented themselves today from their friendly side. Although the EuroSTOXX 50 started 0.18 per cent lower, it was able to turn positive in the day. It went 1.07 per cent higher at 3,296.22 index units into the weekend.

In the Forex market, the euro moved little in US trading on Friday, hovering around the 1.13 US dollar level. Robust industrial data from France and Italy had supported the single currency in European trade, pushing it back above 1.13 US dollars at times.

After initial losses, oil prices turned into the profit zone on Friday. A barrel (159 litres) of North Sea Brent crude is priced 66 cents higher compared to yesterday at $42.90. The price of a barrel of the American variety West Texas Intermediate (WTI) rose by 56 cents to $40.18.

The price of gold can also make up for its short-term losses and rises back above the $ 1,800 an ounce mark. The upward trend is thus still intact, and bulls are likely to target the all-time-high from 2011 at $1,921.

Cryptocurrencies also managed to turn around and move back up higher. Bitcoin increased by 0.2 per cent to $9,240, while Ethereum moved up 1.3 per cent to $240 and XRP recaptured the $0.20 mark with a 2+ per cent gain on the daily.

In the USA, prices at the producer level fell unexpectedly in June. According to the Ministry of Labor, they fell by 0.2 per cent compared to the previous month. Economists surveyed by Dow Jones Newswires, however, had expected an increase of 0.4 per cent. Producer prices excluding the volatile prices of food and energy fell by 0.3 per cent. Economists had forecast a rise of 0.1 per cent. Over the year as a whole, total producer prices fell by 0.8 per cent, as in May.

Producer prices give an early indication of inflationary developments. As a rule, changes in producer prices sooner or later have an impact on trade and thus on consumers.

The technology investor Brockhaus has leapt on the Frankfurt stock exchange. According to Brockhaus Capital Management (BCM), 3.59 million shares were placed for 32 euros. The IPO thus brought in 115 million euros; at the issue price, the technology investor is valued at 332 million euros. On Tuesday (14 July) Brockhaus intends to celebrate its stock market debut in the strictly regulated Prime Standard of the Frankfurt Stock Exchange.

Brockhaus intends to use the money to buy further technology companies from the middle class. So far, the investor, which has been in existence since 2017, owns only two companies with a combined turnover of 54 million euros and an operating result (Ebitda) of 16 million euros: Palas Partikel- und Lasermeßtechnik GmbH from Karlsruhe, whose devices can measure fine dust in the air, and the Ihse Group from Oberteuringen on Lake Constance, which produces IT components for signal transmission.

Croatia and Bulgaria have overcome an essential hurdle before joining the common currency, the euro. As the EU Commission announced on Friday, both EU states have been accepted into the exchange mechanism II – the so-called waiting room for the euro – with their national currencies Kuna and Lew.

Croatia and Bulgaria must now participate in the mechanism for at least two years without significant difficulties. Among other things, this means that they must not devalue their currencies against the euro on their initiative. The exchange rate may only fluctuate within certain limits. If they succeed in doing so, all the conditions for joining the euro could be met after two years. Both countries have been trying to do this for years.

Ursula von der Leyen, head of the EU Commission, stressed that the decision recognises the important economic reforms in Bulgaria and Croatia. And it shows that the euro remains attractive. “We will continue to support the two countries on the next and final stage on their way to joining the euro area,” said von der Leyen.

Under the EU treaties, all member states except Denmark are obliged to join the common currency as soon as they meet the conditions. However, several states are not pursuing this with any vigour. At present, 19 of the 27 EU states pay with the euro, which has been their currency since 2002.