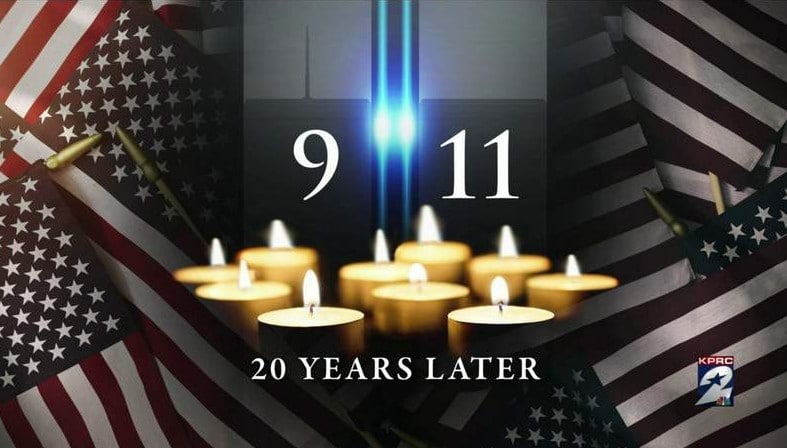 Tomorrow marks the 20th anniversary of the attacks on the Twin Towers in New York. This week, in particular, the air on the stock markets was getting thinner, and the stock exchanges went down sharply.

Rising inflationary pressures are making investors increasingly nervous. American producer prices rose more than expected by 0.7 per cent in August. This was the strongest annual increase in almost eleven years.

Meanwhile, geopolitical news provided some relief on Wall Street. For the first time in over seven months, US President Joe Biden and his Chinese counterpart Xi spoke on the phone again. This rekindled hopes for an easing of tensions in the Sino-American trade dispute.

Wall Street lost some ground on Friday. The Dow Jones significantly extended its losses during today’s session and finally closed 0.78 per cent lower at 34,607.46 points. The NASDAQ Composite also slipped into the red territory and ended the trading week with losses. On Friday, the tech index entered the weekend 0.87 per cent weaker at 34,607.46 index points.

Recovery was the order of the day today after the previous day’s losses. Investors were not impressed by the ultimately weaker US data. In Tokyo, stimulus hopes were encouraged with a view to the current search by the ruling LDP party for a new leader after the previous prime minister recently resigned.

European markets trended mostly weaker as well. The EuroSTOXX 50 was able to post small gains at the sound of the starting bell but turned negative later in the further course of trading. In the end, it ended the trading session 0.16 per cent weaker at 4,170.35 points.

The DAX still started positively but ultimately went into the weekend with a small minus of 0.09 per cent at 15,609.81 points. In contrast, the TecDAX increased its initial gain and closed 0.21 per cent stronger at 3,943.32 points.

Investors seem to have digested the ECB decisions of the previous day: Although the European central bank wants to adjust the volume of its PEPP programme slightly downwards, as the issuing volume and thus the supply of new government bonds is likely to be somewhat lower in the final quarter, sufficient demand is thus guaranteed. As a result, relief about the ECB’s monetary policy orientation prevailed on the stock market.

Disappointing industrial production data in major eurozone economies hardly weighed on the euro today. In France, manufacturing rose slightly less than expected in July, and surprisingly declined in Spain. In New York, the single European currency was marginally lower in foreign exchange trading at 1.1816 US dollars compared to the European afternoon session.

Oil prices increased strongly at the end of the week. In the evening, a barrel of Brent cost 72.65 US dollars, 1.20 dollars more than the previous day. The barrel price of West Texas Intermediate rose by 1.33 dollars to 69.48 dollars.

Gold was trending higher and crossed the $1,800 per troy ounce mark before turning negative for the day and closing at $1,787.

Cryptocurrencies got knocked back on Friday, continuing to move within a well-defined range. However, another trend continued to play out, namely some digital assets breaking out of their rangebound moves and setting new all-time highs. For example, Algorand held firm at over $2.20, while Tezos (XTZ) went up 8.6 per cent to $6.60, and Luna is shooting up 33 per cent to $42. Bitcoin and Ethereum, on the other hand, dropped 3.6 and 6.5 per cent to $45,000 and $3,250, respectively. Other important cryptocurrencies, such as XRP, ADA, Dot, UNI or LINK, fell by 4-7 per cent today.

As measured by the Harmonised Index of Consumer Prices (HICP), inflationary pressures in Germany increased significantly in August. As the Federal Statistical Office announced, the HICP annual rate increased to 3.4 (previous month: 3.1) per cent. The office thus confirmed – as expected by analysts – their preliminary estimate of 30 August. Destatis explained the rise in inflation, including base effects due to low prices in 2020, such as the temporary reduction in VAT rates and the drop in prices of mineral oil products. In addition, there would be a CO2 price increase at the beginning of this year and crisis-related effects such as material bottlenecks in certain sectors. Compared to one month earlier, the HICP rose by 0.1 per cent, confirming the preliminary data.

The US producer prices rose noticeably in July. Prices at the producer level increased by an average of 0.7 per cent compared to the previous month. Economists surveyed by Dow Jones Newswires had expected an increase of 0.6 per cent. For the year, producer prices were 8.3 per cent higher. That is the highest annual rate since the data series began in 2010. According to the US Department of Labour, core producer prices – excluding volatile food and energy prices – rose 0.6 per cent from the previous month. Economists had forecast a 0.5 per cent increase. The recent surge in producer prices reflect many factors, including disrupted supply chains, extended delivery times, higher transport costs and rampant material and labour shortages, as well as the recovery in energy and commodity prices.