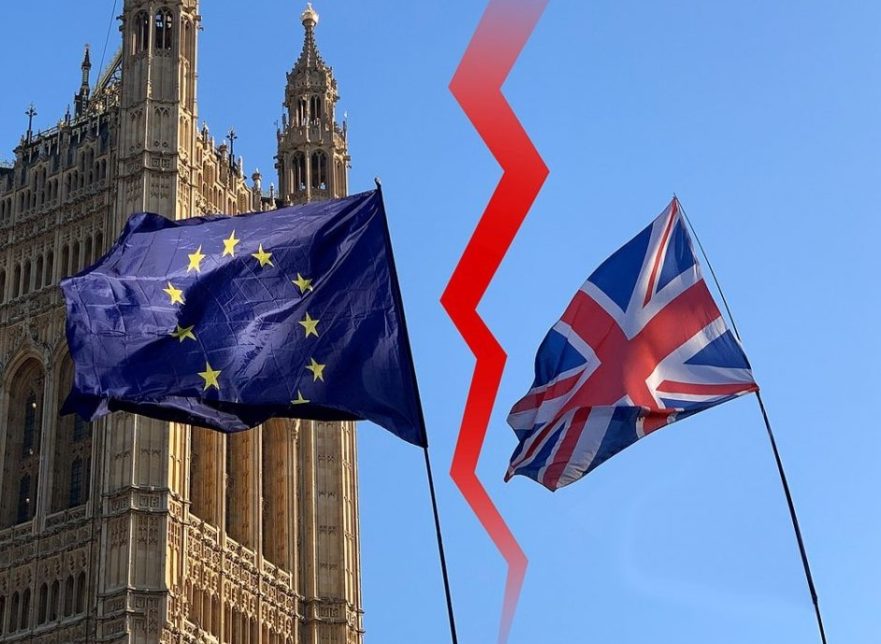 It was a reasonably quiet last trading day of the week, and there was little momentum or trading signals to influence the markets and various asset classes.

However, investors are increasingly nervous about the tough stance taken by the British government, which wants to cancel out the Brexit contract partially. The stalled situation makes it difficult to predict the outcome of the negotiations on future relations between Britain and the EU, some analysts said. Only the risk of a ‘Hard Brexit’ after the end of the transition phase, which will last until the end of this year, is becoming increasingly evident. Without an agreement by the end of the year, there is a risk of a disorderly exit of Great Britain from the EU. Nevertheless, the pound sterling stabilized on the Forex market somewhat after Thursday’s sell-off and is currently sold for 1.2836 US dollars and 1.0840 euros.

This means that volatility on Wall Street remains high against the background of tensions in the trade dispute between the US and China, the US election campaign and the ongoing struggle for a new stimulus package. Stock prices had already slipped into negative territory on Thursday after a friendly start due to profit-taking in the technology sector and a long-awaited correction.

Although the US indices were ultimately weak on the previous trading day, Asian stock markets remained mildly positive. In China, hopes that the economy would recover were supportive. According to the financial company Founder Securities, the People’s Republic is in a phase of “capital expansion”.

Before the weekend, investors in Europe did not want to take any more risk, and markets, therefore, remained relatively stable. The EuroSTOXX 50 ended trading with a small plus of 0.09 per cent at 3,315.81 points.

Negative factors were the US-Chinese trade dispute and the Brexit conflict that flared up again. Nevertheless, the German stock market managed to fight its way back to the end of the previous day again and again.

The rising euro also had a braking effect, as it tends to make exports more expensive. The ECB’s chief economist, therefore, issued an explicit warning about the consequences of a strong euro for growth and inflation.

On the foreign exchange market, the euro gained slightly. In the evening, the common currency, the euro, is exchanged for 1.1845 US dollars but was still well below Thursday’s high of over 1.19 US dollars.

Today, oil prices on the commodities market have risen a little further. The crude oil market is still strongly influenced by the general mood in the financial markets. Thus, oil prices today benefited from the price gains on the US stock markets. In the early evening, a barrel of Brent oil cost 40.25 US dollars, 18 cents more than the day before. The price of US West Texas Intermediate (WTI) oil rose by 40 cents to $37.71.

The gold price dropped slightly today, after initially trending higher. At the end of Friday trading, the troy ounce was sold at $1,939, which is about $3 less than on Thursday’s close.

Cryptocurrencies continue to show a healthy upward trend without too many high volume fluctuations. Bitcoin rose by a small 0.2 per cent to $10,360, while Ethereum stabilized with a 0.8 per cent gain at $372. XRP also moved up a little, increasing by 0.5 per cent to $0.2455.

Prices in the USA rose somewhat more strongly than expected in August, with energy prices in particular rising. As reported by the US Department of Labor, consumer prices rose by 0.4 per cent compared with the previous month. Economists did only expected an increase of 0.3 per cent. The price increase of 0.6 per cent reported for July was confirmed.

As a result, annual inflation rose to 1.3 per cent (previous month: 1.0 per cent). Economists had expected a rate of 1.2 per cent. Most recently, the Fed announced a flexible inflation target: In the future, price increases may be higher than 2 per cent for a while, if they have previously been below this level for a more extended period.

Nikola’s shares plummeted on Friday on the NASDAQ by a further 14.48 per cent to 32.13 US dollars. After the price jumped from Tuesday to a high since July of 54.56 US dollars, the hybrid truck developer’s shares have already fallen by more than 40 per cent. After a critical report by a research service had called short sellers the day before, investors missed a detailed statement by the company. Nikola had only accused the author of market manipulating intentions with untrue allegations and had hired a law firm to investigate legal action.

At Frankfurt Airport operator Fraport, the recovery in passenger numbers made only slight progress in August. Also due to new travel warnings for important vacation regions, the number of passengers at Germany’s largest airport and at Fraport’s airports abroad was again only a fraction of the previous year’s level, as the MDax company announced in Frankfurt on Friday. Compared to July, the situation improved somewhat.

For example, Fraport counted 1.5 million passengers at Frankfurt International Airport in August, 78.2 per cent fewer than a year earlier. This was around 200,000 passengers more than in July when the year-on-year drop had been 81 per cent. In April, May and June, the decline was even more than 90 per cent.

After fierce criticism for the blasting of two sacred sites of the Australian Aborigines, the head of the mining company Rio Tinto and two other top managers resign. As the Australian-British company announced, CEO Jean-Sébastien Jacques will vacate his post in March 2021 at the latest if no successor is found before then. The decision has been taken by mutual agreement. The other two executives will leave at the end of the year, it was further said.

The decision is in response to the blasting of two important aboriginal sites in the Juukan Gorge in May this year to extract iron ore. “What happened in Juukan was wrong,” Rio Tinto admitted. The company will ensure that the destruction of the cultural heritage of such exceptional archaeological and cultural significance will never happen again on the part of the company.