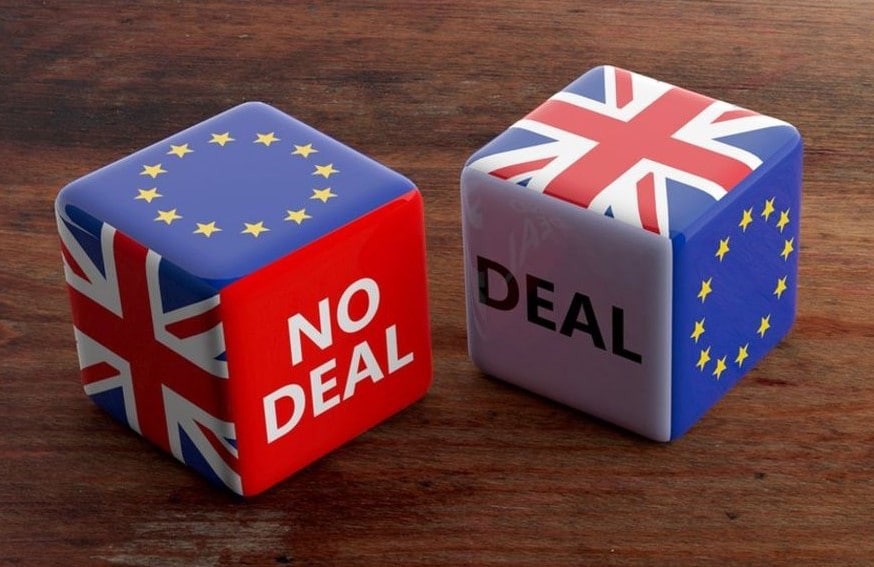 It was an exhausting and rather painful last trading day of the week, as not only does the corona situation remain tense, but a no-deal Brexit between the EU and the UK is hardly averted.

Even if the parties were to agree at the last minute, chaos looms at the turn of the year, as companies already have too little time to implement a new trade agreement.

Hopes of early vaccinations against the coronavirus in the USA and a presumed economic revival hardly lifted the mood. A committee of the US Food and Drug Administration (FDA) has come out in favour of approving the vaccine from BioNTech and Pfizer. At the same time, the pandemic continued to burden the sentiment with high infection rates and tightened restrictions. Meanwhile, the negotiations on the long-awaited US economic stimulus package suffered a new setback.

The stock market trends in Asia were again divided today. The Japanese leading index Nikkei ended the weekend with a loss of 0.39 per cent at 26,652.52 points. On the Chinese mainland, the bears also had the rudder in their hands: the Shanghai Composite lost 0.77 per cent and closed at 3,347.19 points. Meanwhile, against those trends, gains were reported from Hong Kong, where the Hang Seng rose by 0.36 per cent closing at 26,505.87 index points.

On the European stock exchanges, Friday trading once again declined significantly. The EuroSTOXX 50 finally started the weekend 0.99 per cent weaker at 3,487.35 points.

A trading day marked by a great deal of scepticism ended at the end of the week with a daily loss of 1.4 per cent at 13,114 points for the leading German index Dax. Although the index recovered from its daily low of 13,009 points, it did not emerge from the minus zone for the entire day. The TecDAX also went downhill, and the index ultimately lost 0.45 per cent to 3,100.54 units.

Corona was again a topic of discussion among European investors after the infection figures continued to rise, and more drastic measures were threatened by some governments. Besides, the sabre-rattling between the EU and Britain over a Brexit deal continued. British Prime Minister Johnson had recently severely dampened hopes for an agreement, which led to uncertainty on the trading floor.

The euro reacted on Friday in the Forex market with price losses to clear words from the ranks of the European Central Bank (ECB). After French central bank chairman and ECB councillor Francois Villeroy de Galhau had discussed the euro’s substantial gains in recent months, the common currency fell and is trading at 1.2118 US dollars late this evening, almost half a cent less than in the morning.

Prices on the oil market also fell. On Thursday, hopes for an early normalization of demand with the introduction of effective corona vaccines gave a strong boost to oil prices. Today, Brent oil prices fell by 24 cents to 50.01 US dollars per barrel. Meanwhile, the US grade West Texas Intermediate (WTI) fell by 16 cents to 46.62 US dollars.

Cryptocurrencies remained in a similar trading range as in the past days. Bitcoin fluctuated between $18,000 and $19,000, while Ethereum dropped lightly towards $545 and XRP gained slightly before the Flare Network Snapshot date to $0.5880.

Lowered value-added tax and falling energy costs led to falling prices in Germany in November. Measured by the Harmonized Index of Consumer Prices (HICP), prices were 0.7 per cent lower than in the previous year (October: 0.5 per cent). As expected by economists, the Federal Statistics Office (Destatis) thus confirmed its preliminary estimate of November 30. The national German consumer price index fell by 0.3 per cent year-on-year. Compared with the previous month, prices fell by 0.8 per cent. The figures were in line with the first publication and the forecasts of economists.

The mood of consumers in the USA brightened up more than expected in December. The University of Michigan’s consumer sentiment index for the US rose to 81.4 in the mid-month survey, while economists surveyed by Dow Jones Newswires had expected a level of 75.5. In the survey at the end of November, it was 76.9.

US producer prices rose only marginally in November. They were up 0.1 per cent on the previous month, according to the US Department of Labor. Economists interviewed by Dow Jones Newswires had expected such an increase.

Cuba is trying to breathe new life into its ailing economy with a currency reform. President Miguel Diaz-Canel announced on Thursday evening (local time) a sharp devaluation of the peso starting in January, the first-ever since the Cuban Revolution of 1959, with the exchange rate set at 24 pesos to the dollar. At the same time, other, more favourable exchange rates are to be abolished. The reform is not a panacea for the economy, Diaz-Canel said. “However, it will help create the necessary conditions to move forward in a more solid way.”

For nearly three decades, two currencies have circulated in Cuba’s state-run economy: the peso and the convertible peso (CUC), which foreign tourists, for example, pay with. While Cuba had already devalued the CUC once in 2011 and its exchange rate is about 1:24, the peso’s main rate of 1:1 to the US dollar has remained unchanged since the Cuban Revolution of 1959.

According to economists, the reform is painful for Cubans in the short term. In the longer term, however, it is important because the different exchange rates would have subsidized some industries and thus distorted the functioning of the economy.

“The task is not free of risks,” admitted Diaz-Canel. Experts expect the changeover to result in an inflation rate in the three-digit percentage range. The government had announced that it would cushion the initial devaluation with a fivefold increase in average state wages and pensions. However, this increase does not apply to employees of private companies. The government is threatening those who excessively increased their prices with severe sanctions.

Cuban economists estimate that about 40 per cent of state enterprises are in the red. Above all, those who are active in the export business are likely to benefit from the reform.

The decline in passenger traffic at Frankfurt Airport accelerated again significantly in November. The number of passengers at Germany’s largest airport slumped by 87 per cent year-on-year to 656,420. The decline was thus significantly higher than in the previous months and almost reached the speed in spring when passenger numbers plummeted by more than 90 per cent at times. In the first 11 months of this year, passenger numbers fell by almost 73 per cent.