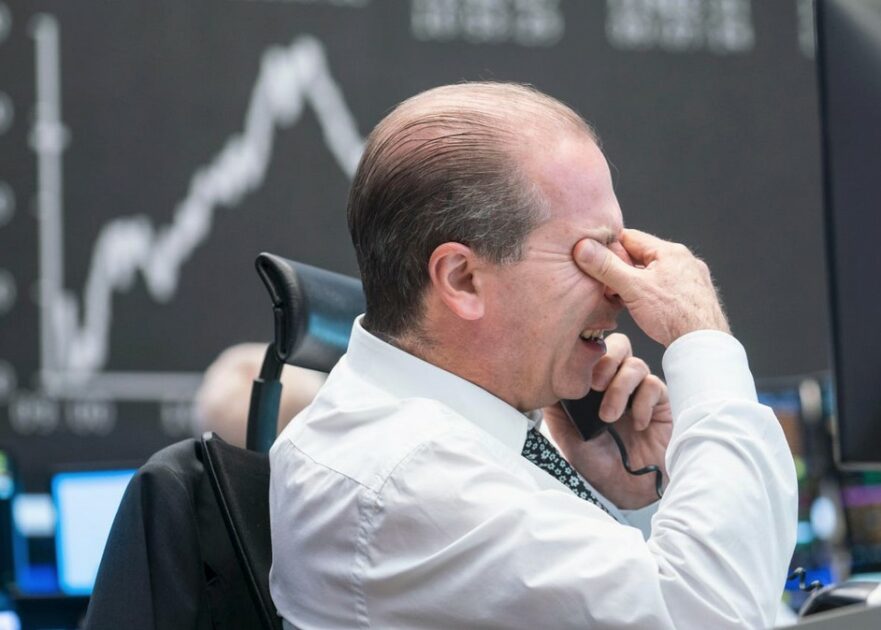 No Time for Concern

Tailwinds for the markets came today from falling interest rate fears triggered by weak economic data. The recent rapid rise in prices is having a serious impact on the mood of consumers in the USA.

According to preliminary results, consumers assessed their current situation worse than recently. Expectations for the coming months also went downhill. With a view to the coming twelve months, citizens expect goods and services to become more expensive by an average of 4.9 per cent.

Obviously, after the figures, stock market players now assume that the data could slow down consumers’ propensity to consume. Ideally, the high inflation would slow itself down. The US Federal Reserve would thus be under less pressure to tighten the reins of monetary policy than previously feared. A high inflation rate had shaken the stock markets in the days before.

Investors on Wall Street were more confident in Friday trading. The Dow Jones went into the weekend up 0.50 per cent at 36,100.11 points, while the tech index NASDAQ Composite ended Friday’s trading with a gain of 1.0 per cent at 15,860.96 points.

The surprising rise in the inflation rate this week only briefly unsettled investors. In contrast, the strong balance sheet season, which took a break on Friday, had a supportive effect.

On the other hand, investors focused on the pharmaceutical company Johnson & Johnson, which announced a company split. In terms of economic data, the University of Michigan’s consumer sentiment index for November was due shortly after the start of trading. The indicator fell to 66.8 points at mid-month, versus 72.5 expected.

On the markets in the Far East, the majority of investors were also in a buying mood at the end of the week.

This Friday, the leaders of the Asia-Pacific Economic Community (APEC) will meet for a summit. Chinese leader Xi Jinping and US President Joe Biden are also among the participants. One of the topics will be better cooperation between the Pacific rim countries in the corona crisis.

Europe’s stock markets also continued to rise, with the EuroSTOXX 50 entering the weekend 0.28 per cent higher at 4,370.00 points.

The DAX opened the session slightly higher and then showed little change. Around midday, however, it temporarily managed to reach a new all-time high of 16,122.76 points again. In the end, it was 0.07 per cent firmer at 16,094.07 points. The TecDAX lost slightly at the start and was then also in a narrow range around the zero line. In the evening, however, it recorded gains of 0.40 per cent to 3,899.84 points.

The parameters were again mixed before the weekend, with negative signs in the USA on the previous evening and rising prices in Asia. Investors were also torn between the prospect of an economic recovery and inflation concerns.

Overall, there was not much movement in the European markets as there was little economic data on the agenda. In the eurozone, industrial production figures were released, which did not shrink as much as had been expected. In the US, the University of Michigan published the results of its regular consumer sentiment survey at noon.

Support for the DAX came at the end of the week from the cheap euro on the forex market: the European common currency fell to 1.1433 dollars and was thus cheaper than it had been since the summer of 2020. Therefore, the development should make German products more attractive in the dollar area and is good news for the heavily weighted export industry in the DAX. The euro suffered above all because monetary policy in the USA and the eurozone is increasingly diverging. While the US Fed is reducing its big securities purchases and high inflation is fuelling expectations of interest rate hikes, the ECB has so far remained true to its loose course.

Oil prices declined on Friday. In the evening, a barrel of Brent traded at 82.43 US dollars, 44 cents less than the previous day, while WTI oil was 42 cents down at 81.16 dollars.

The gold price remained stable and even increased slightly to $1,864.69 per troy ounce.

Cryptocurrencies remained under pressure, and most major crypto projects lost value. For example, top-dog Bitcoin fell by 2.1 per cent to $63,700, while Ethereum, the second-largest digital asset by market cap, dropped 3.3 per cent to $4,636. Similarly, most altcoins lost between 1 and 4 per cent, while Litecoin even shed 11 per cent.

The upward trend in prices in Germany remains high. In October, wholesale prices rose by 1.6 per cent compared to the previous month, as reported by the Federal Statistical Office. Compared to the previous year, the increase was 15.2 per cent. This is the highest increase since March 1974, when prices had risen sharply in connection with the first oil crisis. In September, the year-on-year rate of increase had been 13.2 per cent and in August, 12.3 per cent. The high increase in wholesale prices within a year is due, on the one hand, to the current sharp rise in costs for many raw materials and intermediate products. The most significant influence on the rate of change in October was the price increase in wholesale petroleum products (54.7 per cent). There were extreme year-on-year price increases in wholesale trade in scrap and residual materials (81.2 per cent) and ores, metals and semi-finished metal products (60.9 per cent). Prices also rose significantly in the wholesale of raw timber and sawn timber (48.4 per cent) as well as grain, raw tobacco, seeds and animal feed (26.8 per cent).

The eurozone‘s industry curbed its production in September in the face of supply bottlenecks and material shortages. According to Eurostat, the statistics authority, production (excluding construction) fell by 0.2 per cent compared to the previous month, seasonally adjusted. Economists surveyed by Dow Jones Newswires, however, had expected a stronger decline of 0.7 per cent. In August, production had fallen by 1.7 per cent. Compared to the previous year, industrial production in September was 5.2 per cent higher versus economists’ estimate of only 4.1 per cent.

According to the University of Michigan’s monthly survey, the barometer for consumer sentiment in the USA fell to 66.8 points in November from 71.7 points in the previous month. According to preliminary results, consumers’ assessment of their current situation was worse than last time. Expectations for the coming months also went downhill. Looking ahead over the next twelve months, citizens expect goods and services to become more expensive by an average of 4.9 per cent.