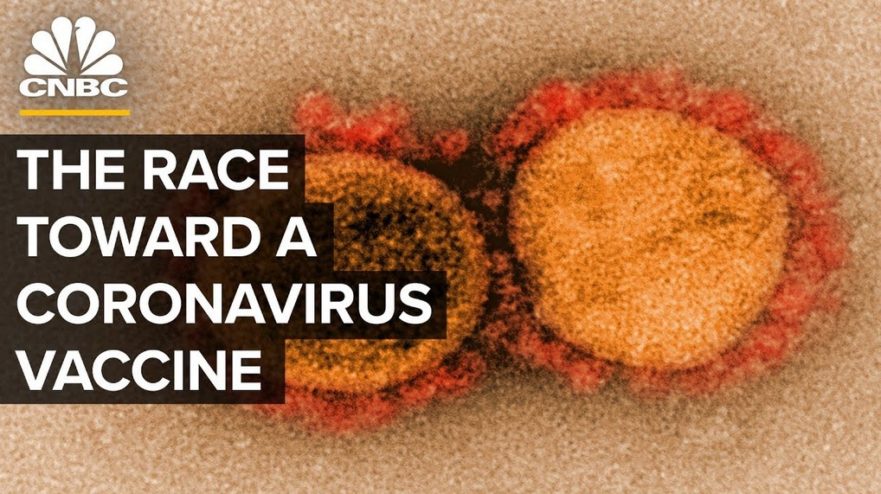 The Race for a Cure

This week was filled with news about a potentially soon available vaccine for COVID-19. Multiple biotechs and big pharma enterprises came out spilling hopes that this nightmare we’re living in right now could soon be over. Thanks to the pharma-gods, and in tandem, the governments that have forced rigorous and unwarranted restrictions on its citizens, tax-payers and companies that may rescue everyone and everything.

Of course, this “race for a cure” is once again not to safe anyone, but barely securing a market share for global players and governments that manipulate the masses.

There was a suspicion in the market that this was a countermovement to the previous day’s losses. Profit-taking had put pressure on prices.

According to data provider Refinitiv, around 90 per cent of all companies in the S&P 500 index have now published their figures. On average, quarterly profits will probably have fallen by almost 8 per cent. At the beginning of October, analysts had still predicted a slump of more than 20 per cent.

On Asia’s stock exchanges, the mood was depressed before the weekend by the continuing rise in corona infection figures in many places. In the USA, lockdowns could again occur regionally due to rising infection figures. The prospect of an early use of the vaccine from BioNTech and Pfizer has now been viewed more soberly, and investors are not betting on a rapid recovery in the markets anymore.

The European stock markets showed a slightly friendly trend on Friday, but no major headway was being made. The EuroSTOXX 50 closed 0.11 percent firmer at 3,432.07 points.

Thus, the Dax was able to hold the psychologically important 13,000 point mark on the last trading day of the week. Despite interim profit-taking after its price jump on Monday, the leading German index was strong over the week.

On Friday, the corona worries came back into focus again. Besides, investors continued to focus their attention on several corporate figures for the past quarter.

Meanwhile, the economy in the eurozone, after collapsing in the second quarter grew strongly again in the third quarter. According to Eurostat, the GDP increased by 12.6 per cent compared with the previous quarter.

The euro increased its gains on the Forex market just before the weekend. In late US currency trading, the common currency last traded at 1.1833 US dollars. The euro profited somewhat from the friendly mood on the stock markets. Overall, however, the price fluctuations remained small.

At the end of the week, the oil market is going down, and this is likely to be profit-taking after a successful week. A barrel of North Sea Brent is last quoted at 42.90 dollars. That was 26 cents less than on Thursday. The price of a barrel of the US variety West Texas Intermediate (WTI) fell by 36 cents to 40.37 dollars.

The price of gold gained even more momentum today and rose by another 15 US dollars after the value of the precious metal had risen sharply the day before. At the close of the weekend, the troy ounce traded at $1,889 after climbing to just under $1,900 intraday.

The cryptocurrency market remains strong and overall keeps its upward momentum, even though Bitcoin wasn’t able to stay above $16,000 before the weekend. Bitcoin lost 1.8 per cent on the day and is currently sitting at $15,910, while Ethereum gained 0.6 per cent to $462. XRP was the clear winner of the day amongst the top 10 digital assets by market capitalization and rose by 5.5 per cent to $0.2690.

Eurozone foreign trade continued to recover in September from the drastic slump in the Corona crisis. The seasonally adjusted trade surplus increased by 3 billion euros to 24.0 billion euros thanks to higher exports, the statistics office Eurostat announced on Friday in Luxembourg. Economists had expected a plus of 22.5 billion euros on average.

Adjusted exports rose by 4.1 per cent compared to the previous month. Imports increased by only 2.7 per cent. In the last five months, exports recovered more quickly than imports, so that the balance of trade surplus returned to approximately pre-crisis levels.

However, the consequences of the crisis have by no means been overcome in exports and imports. This is shown by a comparison with the level in February when no corona restrictions were in force. For example, exports in September are 7.9 per cent below the February level. Imports are 8.1 per cent lower.

The South Korean antitrust authority KFTC has imposed conditions on the food delivery company Delivery Hero for approval of the planned joint venture with its competitor Woowa. The Dax group is being advised to sell its South Korean subsidiary Yogiyo, the company announced today. The news is not being digested well by investors, with the stock losing up to 9 per cent.

Delivery Hero had announced in mid-December 2019 that it intended to acquire shares in Woowa and set up a joint venture. Delivery Hero also points out that it remains uncertain whether the sale proposed in the KFTC audit report will be sufficient for final approval.

Network specialist Cisco has delighted investors with its forecast for the current fiscal quarter.

The company anticipates a sales development of minus 2 to 0 per cent. In contrast, analysts had expected a decline of almost 3 per cent. The Cisco share price finally jumped 7.06 per cent to 41.40 US dollars in NASDAQ trading on Friday. Earnings per share are expected to be between 74 and 76 US cents. Here the experts reckoned with 74 cents.

In the first quarter of the fiscal year, Cisco sales fell by 9 per cent to almost 11.9 billion dollars compared to the same period last year. The bottom line was that profits fell by more than a quarter to 2.2 billion US dollars.