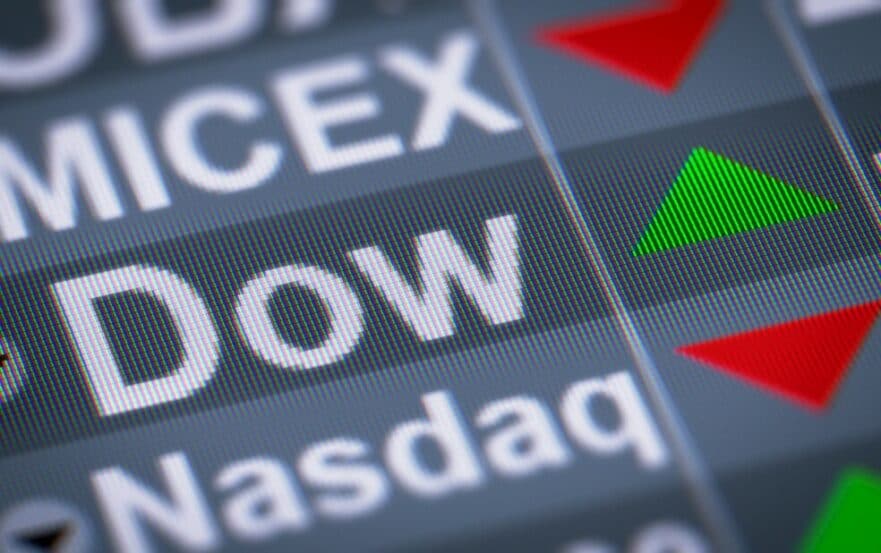 The situation on the financial and international stock markets eased considerably on Friday. Due to easing inflation concerns, stock markets on Wall Street, Europe and elsewhere recovered and ended a turbulent week on a conciliatory note.

Apparently, the inflation fears were exaggerated after all. After the US Federal Reserve reaffirmed that the high inflation was only temporary and would not change its loose monetary policy, investors quickly calmed down and returned to the markets again. In addition, mixed US economic data on Friday calmed inflation fears down. US retail sales surprisingly stagnated in April.

Price increases are likely to continue to be closely watched by investors in the coming weeks and months. The markets have reached a point where solid economic data are no longer viewed as unreservedly positive but rather are scrutinised to see if they are not an indication of an economy that is “running hot” and thus of rising inflation.

In the USA, the stock markets ended the trading week on a friendly note. Throughout the session, the Dow Jones moved in the profit zone and closed 1.06 per cent higher at 34,382.13 points. The NASDAQ Composite was able to stage a sharp recovery and increased by 2.32 per cent to 13,429.98 index units.

The main topic on the US stock market floors remained the Fed and the question of whether it could raise interest rates. Inflation concerns had led to significant markdowns on the international stock markets in recent days. However, after some Fed members reacted in a placatory manner, investors’ worries eased, and many traders jumped back into the markets again on Friday.

All of the most important Asian stock exchanges posted moderate gains in Friday’s trading session.

After three days of losses, the stock markets in East Asia were able to recover somewhat. Wall Street, where there had also been a slight recovery on Thursday, provided most of the tailwind.

The European stock exchanges also rose significantly on Friday. The EuroSTOXX 50, for example, started stronger and was ultimately able to gain 1.64 per cent to 4,017.44 points.

The DAX also started stronger and was subsequently in the profit zone. It finally went into the weekend with a plus of 1.43 per cent to 15,416.64 points. The TecDAX also gained in the end after it had already risen at the start. It left Friday trading with an increase of 1.32 per cent to 3,327.80 points.

The recovery on the US stock exchange, which set the tone on Thursday, provided a good mood. The markets were calmed by the fact that the US Federal Reserve reiterated that the recent rise in inflation is only temporary because of the sharp increase in consumer and producer prices. Thus, market participants expect a continuation of the loose monetary policy in the USA – and in the Eurozone anyway. According to a Reuters poll, the majority of economists do not expect the Fed to tighten until early 2022, despite the rise in inflation.

In addition, there is a positive development related to the corona crisis: now that the 7-day incidence in Germany has fallen back below the critical 100 marks, further easing is expected.

The euro continued to trade well above 1.21 US dollars in forex trading on Friday. On Friday evening, the European common currency was trading at 1.2142 dollars. The euro benefited from the good mood on the stock markets before the weekend, putting pressure on the greenback. In addition, the American retail sector’s sales figures and production data failed to meet market expectations. This put additional pressure on the US currency.

Oil prices also rose due to the positive market sentiment before the weekend. The barrel price of Brent crude increased by 1.40 dollars to 68.45 US dollars, while WTI light oil grew by 1.29 dollars to 65.11 dollars.

The gold price appreciated from the weakening greenback before the weekend and closed at $1,843 per troy ounce, increasing by more than $15 intraday.

Most major cryptocurrencies came under selling pressure before the weekend, with Bitcoin falling another 5.8 per cent to $45,000. Ethereum crashed even harder and stood at just $3,436 – a decline of almost 10 per cent. Better off was Cardano, after marking a new all-time high. ADA is currently trading at $2.18. XRP and XLM (Stellar Lumens) also held strong trading at $1.43 and $0.70, respectively.

Sales in the German retail sector grew strongly in March. As the Bundesbank announced, sales rose by 7.7 per cent compared to the previous month, adjusted for prices. This confirms the figure initially reported provisionally by the Federal Statistical Office.

US consumer sentiment weakened sharply in May due to major inflation concerns. The index for consumer sentiment in the United States, calculated at the University of Michigan, fell to 82.8 in the mid-month survey. In contrast, economists surveyed by Dow Jones Newswires had expected it to rise to 90.1. The indicator was still at 88.3 in the survey at the end of April.