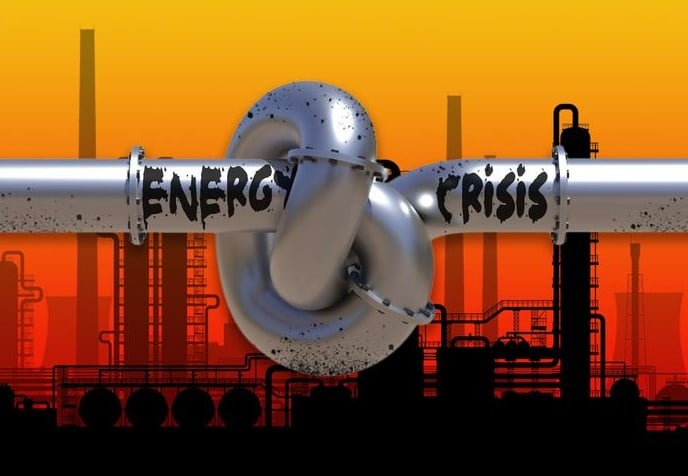 Investors have found their optimism again, pushing aside disruptive factors such as high energy prices, inflationary pressures and supply chain problems. Billions in profits from US banks fuelled hopes for a strong US reporting season. In addition, a surprise increase in sales by US retailers dispelled recent concerns about the economy.

Despite the party mood on Wall Street, the rise in energy prices remains a big concern for the financial markets. Due to the sharply rising prices for gas and coal, there is no relief in sight for the time being on the oil market either. Because oil can only be substituted for alternative energy sources to a limited amount, the energy crisis is rapidly affecting the oil market. According to experts, the reasons for the price rally are both bottlenecks on the supply side and the cyclical increase in demand.

US stock markets rose significantly again at the end of the week. The US leading index Dow Jones was already up at the start of trading and continued to expand its gains. After all was said and done, the stock market barometer ended the day up 1.09 percent at 35,294.76 points. The tech index NASDAQ Composite showed the same tendency and closed 0.5 stronger at 14,897.34 points.

Investors had already fully committed themselves to the just started accounting season. When companies present their figures, they pay particular attention to how inflation and supply chain problems have been reflected in their operating results. Today, Friday, the big bank Goldman Sachs published its key figures for the third quarter.

It was also driven by strong US retail sales data released pre-market. Import prices continued to rise slightly less than previously expected. The New York economic index, on the other hand, was weaker than experts had forecast.

Good news from the US stock markets, a positive start to the reporting season, and better-than-expected data from the US labour market also had a supportive effect in Asia. Concerns about weaker GDP growth in China, on the other hand, impacted on the markets.

The European stock exchanges also moved upwards at the end of the week. The EuroSTOXX 50 index opened marginally higher and finished 0.82 percent higher at 4,182.91 points.

The DAX started trading a little stronger and then posted further gains. It climbed back above the 15,500 mark and was 0.81 per cent higher at 15,587.36 points in the evening. The TecDAX rose slightly at the opening and closed 0.40 per cent higher at 3,726.24 points.

The strong start to the US reporting season and good overseas indicators continued to drive the European stock markets on Friday. In addition, import and export prices for September from the USA attracted a lot of attention in the afternoon. Sales figures from the US retail sector and the consumer sentiment survey by the University of Michigan were published as well.

The euro exchange rate rose just above 1.16 US dollars in foreign exchange trading on Friday. Overall, though, the week’s fluctuations were minimal, with the euro trading at 1.1602 dollars at the end of the week.

Oil prices continued to soar on Friday. After the price increase had temporarily stalled during the week, prices picked up on the previous day’s gains shortly before the weekend. Due to the strongly rising prices for gas and coal, there is no relief in sight on the oil market for the time being. A barrel (159 litres) of North Sea Brent cost 84 cents more than the previous day at 84.84 US dollars. The price of American West Texas Intermediate rose by 1.04 dollars to 82.35 dollars.

On the other side, the increased risk appetite towards the end of the week harmed the price of gold. Ultimately, the price for the precious metal dropped by more than $30 to $1,767.60 per troy ounce.

Bitcoin cracked the $60,000 mark today for the first time since mid-April. More and more investors see bitcoin as a digital asset that may be a better hedge against inflation than physical gold. This month alone, Bitcoin has gained around 37 per cent in value. In addition, it now seems very likely that the first Bitcoin ETF will be allowed to be traded from Monday, which further fuelled the price today. In the evening, BTC was traded for $61,600, a daily gain of 4.5 per cent, while Ethereum and XRP added 0.5 per cent to $3,860 and $1.15, respectively. Cardano gained 2.2 per cent to $2.23, Solana rose 5.3 per cent to $159, and Polkadot gained 8.2 per cent to $44.

In September, new car registrations in the European Union continued to decline. After the slump in the summer months, the minus was now 23.1 per cent to 718 598 passenger cars, as the European manufacturers’ association Acea announced in Brussels on Friday. Over the first nine months, however, the EU car market is still up on the same period last year due to the Corona-related slump in spring 2020, with 7.5 million cars representing an increase of 6.6 per cent. The largest car markets in the EU – Germany, France, Italy, and Spain – recorded double-digit percentage declines in September.

The eurozone recorded a significantly lower trade surplus in August. Compared to the previous month, the seasonally adjusted surplus fell by 2.4 billion euros to 11.1 billion euros, as the statistics office Eurostat announced in Luxembourg on Friday. Analysts had expected a much higher surplus of 14.2 billion euros. Exports increased by 0.3 per cent over the month, but imports rose more strongly at 1.6 per cent.

US retail sales increased better than expected in September. According to the Department of Labour, it rose by 0.7 per cent compared to the previous month and even by 0.8 per cent excluding motor vehicle and petrol station sales. In contrast, economists surveyed by Dow Jones Newswires had forecast a decline of 0.2 per cent and an increase of 0.5 per cent, respectively.

Business activity in the New York metropolitan area grew slightly weaker than expected in October. The Federal Reserve Bank of New York’s general business activity index in the District’s manufacturing sector declined to 19.8 from 34.3 in September. Dow Jones Newswires polled economists, who predicted a reading of 26.5.

In September, import prices in the United States climbed strongly, although not as much as economists had estimated. According to the US Department of Labour, import prices rose 0.4 per cent from the previous month, following a 0.3 per cent drop in August. Economists surveyed by Dow Jones Newswires had expected a consensus increase of 0.5 per cent. The annual change was 9.2 per cent. Export prices registered a slight increase of 0.1 per cent in September, following a 0.4 per cent rise in August. For the year, an increase of 16.3 per cent was reported.