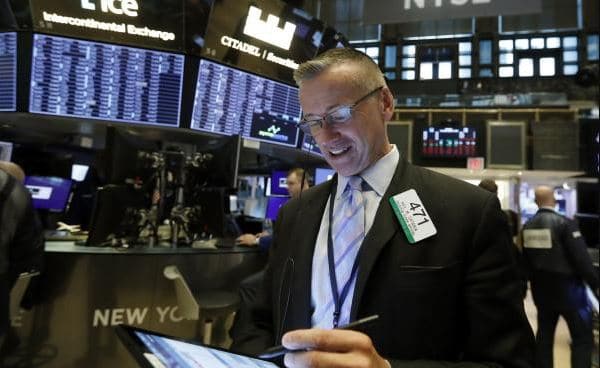 Short breather for the stock markets

The recent statements by US President Trump are a small glimmer of hope in a seemingly never-ending trade conflict. At least, they are very well received on the stock markets.

Low yields on the bond markets, fears of recession and new turns of events in the trade dispute between the USA and China without results had shaken the stock markets vigorously this week.

Statements by Finnish central bank chairman Olli Rehn, who advocated a noticeable easing of ECB monetary policy, led to optimism about interest rates. “It is important that we present a comprehensive and effective package in September,” Rehn told the Wall Street Journal yesterday. Concerning the financial markets it is also better to exceed rather than disappoint expectations, the Governing Council member added. – This should have an impact on share prices today.

After the recent sell-off, Wall Street decided on Thursday to try to recover. After fluctuating, the leading index Dow Jones Industrial brought a plus of 0.39 per cent to 25 579.39 points above the target line. The day before, it had plummeted by more than 3 per cent when investors had fled the market because of fears of the economy. Now some returned with the handbrake on. US futures are also clearly in the black. The future on the US leading index Dow Jones Industrial is rising by 0.5 per cent per hour. On the Nasdaq, on the other hand, things went down.

The Chinese stock markets recovered a bit towards the end of the week. The CSI 300 gained just under one per cent on China’s mainland stock exchange, and the Hang Seng gained 0.80 per cent in Hong Kong. In Tokyo, the Nikkei 225 closed with a small gain of 0.1 per cent to 20,418 points.

Will the Chinese invade Hong Kong? Before the start of new demonstrations in Hong Kong, a state-controlled newspaper in China issued a strong warning to the protest movement. “Beijing has not decided to take violent action against the riots in Hong Kong, but this option is clearly available to Beijing,” the Global Times wrote in a commentary on Friday.

The exercises of the paramilitary police in Shenzhen, a city bordering Hong Kong, were “a clear warning” to the rioters. If Hong Kong cannot restore the rule of law on its initiative to end the riots, the central government must “take direct action” based on the law.

The European stock markets are showing positive signs before the weekend. The EuroSTOXX 50 can gain momentum shortly after the start of trading.

The markets in Europe are showing signs of recovery. At the same time, however, market participants are also preparing for a volatile trading trend, as negative factors such as the trade dispute and the gloomy economic outlook are still in place.

The German DAX also starts the last trading day of the week positively with a plus of 0.4 per cent to 12,461 points. The TecDAX is also trading on the green ground shortly after the start of trading on Friday.

Investors should be on their guard today as options on equities and indices on the futures market are expiring. On such a small expiration day, prices can often fluctuate sharply without any fundamental reason being apparent.

The positive signals in the US trade dispute are also well received on the commodity markets. Oil prices are rising significantly, while the North Sea variety Brent and the US variety WTI are becoming more expensive by more than one per cent.

The price of gold, on the other hand, will fall significantly to 1,522 dollars per troy ounce. The precious yellow metal, which is regarded as a safe haven, naturally cannot benefit from investors’ falling risk aversion.

The EUR/USD pair is losing ground after it was trending sideways for a while and is currently sitting below 1.1100 dollars. The sterling has managed to stay above the 1.21 dollars mark while the Aussie is still held capped below the 0.68 dollar handle. The USD/CHF pair continues its sideways movement below the 0.98 Swiss franc mark.

In the land of cryptocurrencies, things look a bit more stable on Friday. Most major digital assets haven’t moved much in the past 24 hours, which is also reflected in the total market cap of currently $260 billion.

On the corporate side, things should be much calmer on Friday, after the quarterly reporting season is almost over.

The US semiconductor manufacturer Nvidia recorded a decline in profits and sales in the second quarter. However, thanks to good business from its gaming chip division, this was not as high as analysts had expected. The stock gained six per cent after market trading.

After the approval for hardware retrofits of VW diesel vehicles, the technology provider Baumot is pushing the pace. “We plan to deliver the first systems before the end of October 2019,” Baumot CEO Marcus Hausser told the German Press Agency. According to him, the operating permit issued by the Federal Motor Transport Authority covers around 1.3 million affected cars from the Volkswagen Group.

At the end of the week, the focus remains on Wall Street. Construction starts and permits for July appear at 12.30 PM (GMT), consumer confidence at the University of Michigan follows at 2 PM.