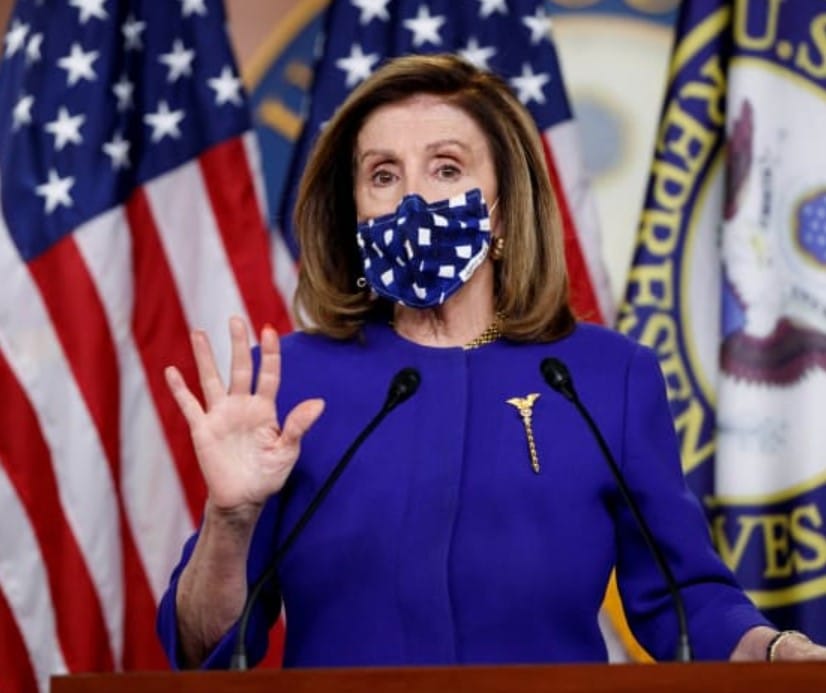 Today’s trading day was marked by renewed hope for an imminent injection of money into the troubled US economy and the fading out of negative news about the ongoing health crisis.

However, the rise from yesterday’s slide in share prices, which thereby flared up on the stock markets, could only turn out to be a small flame or a dead cat bounce, as it is also called in trader jargon.

In any case, the slide in the share price on the previous day lured bargain hunters into the market on Friday. Besides, positive economic data from the USA and some surprisingly good quarterly results created a buying mood. It remains to be seen how sustainable the recovery of this stock market week, which is thus coming to a conciliatory close, will be.

From a chart technical analysis perspective, there are no clear signals to where the road will lead.

Consumers eager to spend and hopes for the early availability of a corona vaccine supported Wall Street on Friday. Investors were encouraged by strong retail sales data in September.

Amid a stagnant labour market, this month’s surge in retail sales suggests that the strength of consumers with the highest levels we’ve seen in three months is quite robust, commented stock market experts.

Asia’s stock markets did not move in the same direction on Friday. The Japanese leading index Nikkei 225, entered the weekend with a daily minus of 0.4 per cent at 23,410 points. On the Chinese mainland, the Shanghai Composite turned positive in the course of trading and ultimately closed 0.13 per cent higher at 3,336.36 index points. Hong Kong also saw gains. The Hang Seng index ended the day 0.94 per cent higher at 24,386.79 units.

According to market participants, the rise in corona cases and the tightening of contact and travel restrictions in many places weighed on the mood. The USA also caused new economic worries the day before with a surprisingly large number of initial applications for unemployment benefits. On some markets, however, there was a countermovement on Friday after the previous day’s losses despite the uncertainty factors.

Europe’s stock markets were able to recover significantly from the heavy losses of the previous day. The EuroSTOXX 50 rose 1.65 per cent to 3,245.47 points.

In Europe, the specifications from the USA on Friday initially had a supporting effect. At noon, the small expiration date for options was due, but this had little effect on trading. The Brexit drama also received little to no attention today.

Market experts explained the price gains, among other things, with the hope of approval for a corona vaccine developed by Pfizer together with the German company Biotech in a few weeks. Daimler’s quarterly figures were also significantly better than expected.

Oil prices fell on Friday, burdened by the intensification of the Corona crisis. At 42.96 US dollars, a barrel of North Sea Brent cost 20 cents less than the previous day. WTI oil fell by 11 cents to 40.85 US dollars.

Cryptocurrencies, together with equities, stabilised again today and thus limited their weekly losses. Bitcoin rose by 0.4 per cent to $11,370, while Ethereum and XRP both gained approximately 1 per cent to $368 and $0.2420 respectively. The biggest gainer of all major digital assets was the Stellar Lumens token, appreciating by over 11 per cent on the daily chart to now $0.0820.

he mood of US consumers brightened up more than expected in October. The Michigan index for consumer sentiment in the USA rose to 81.2 in the mid-month survey, while economists surveyed by Dow Jones Newswires had expected a level of 80.5. In the survey at the end of September, it was 80.4.

US retailers increased their sales in September more than expected. Consumers spent more money on vehicles, clothing and sporting goods in particular. Total sales rose by 1.9 per cent compared to the previous month. Economists surveyed by Dow Jones Newswires had only expected an increase of 0.7 per cent by consensus. This was the fifth consecutive increase.

In the haggling over the takeover of the US truck manufacturer Navistar by the VW subsidiary Traton, an agreement was reached on Friday. After the Americans had demanded an increase in the purchase price to 44.50 US dollars at the last minute, i.e. 1.50 US dollars more than Traton wanted to pay, the Munich-based company finally gave itself a jolt and increased the purchase price to the desired amount. Still on Wednesday Traton had designated 43 dollars as the last offer and had given the Americans an ultimatum for its acceptance until Friday evening.

In total, Traton must now pay 3.7 billion dollars for the US truck manufacturer. VW already holds about 16.8 per cent of Navistar shares through Traton. The agreement in principle is subject to a satisfactory audit for Traton and the conclusion of the merger agreement.

In September, for the first time this year, more cars were sold throughout Europe than in the same period last year. According to the industry association Acea, new registrations rose by 3.1 per cent. However, the new stage of the WLTP emissions and consumption test procedure, which came into force at the time, had led to pull-forward effects in the previous year. Due to the corona pandemic and the sales freeze in spring, which lasted for weeks, new registrations in the EU are still down 28.8 per cent after nine months this year.