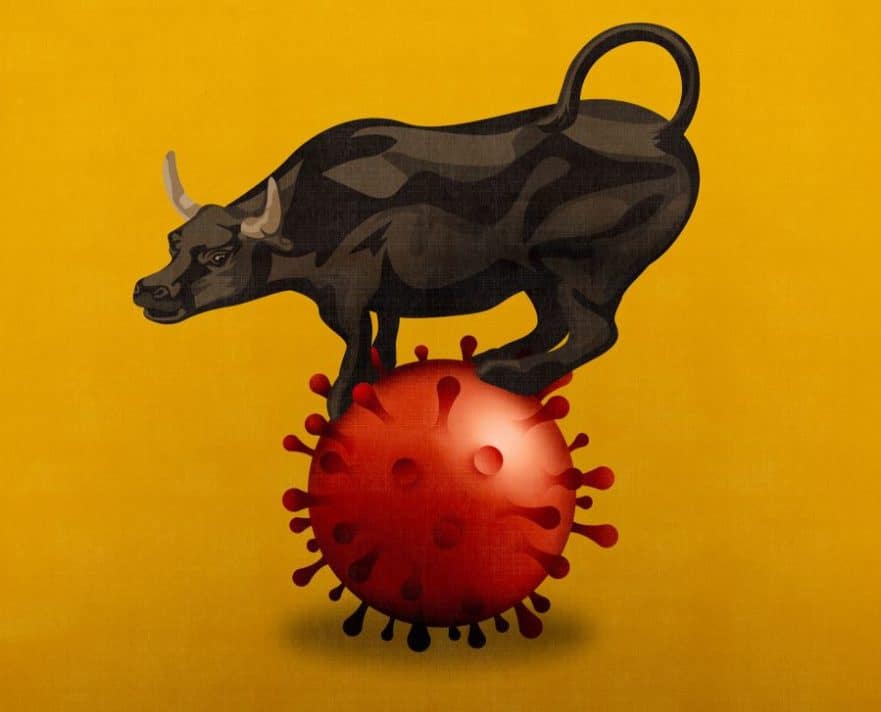 Magic Pill for the Markets(?)

There is a new ray of hope in the fight against the coronavirus: A drug tested in the USA on patients suffering from the disease has produced encouraging results. Investors are therefore taking courage before the weekend and pushed equities higher.

A report in a medical journal has raised vague hopes that the pharmaceutical company Gilead Sciences has achieved success in treating covid-19 patients with the experimental drug Remdesivir. In a study conducted by the University Hospital in Chicago, the Ebola drug from the US biotech company Gilead, which is used in severely ill covid-19 patients, led to a rapid reduction in fever and a decrease in the symptoms of lung disease. Almost all patients could be discharged in less than a week, according to a report published by the online platform for medical news Stat, which had distributed information from an internal forum for scientists. Gilead explained that the complete data still had to be analyzed to conclude. First data from the ongoing Phase 3 trial are expected to be published at the end of this month.

Thus the market is once again ignoring the hard facts and the darker reality that such an agent would not be a panacea for the badly damaged world economy. Many companies, families and private individuals are already facing ruin.

It remains to be seen how this vague, positive news can bring about sustainability and real success – both in terms of the recovery of sick people and the global economy.

The US leading index Dow Jones 30 Industrial presented a friendly performance throughout the entire trading day and closed with a plus of 2.99 per cent at 24,242.49 points. The technology-oriented selection index NASDAQ Composite also opened more strongly, ultimately closing the day with a gain of 1.38 per cent at 8,650.14 units.

Among other things, President Donald Trump presented his plan to lead the USA back to normality gradually.

Asia’s stock markets gained on Friday in the wake of positive indications from Wall Street. There, too, reports of possible positive effects of a drug candidate against covid-19 in the USA were received positively, as well as that the aircraft manufacturer Boeing wants to restart production next week.

The European stock markets rose significantly on Friday. The EuroSTOXX 50 had a much higher start and was also up afterwards. It ended the last trading day of the week 2.7 per cent higher at 2,888.30 units.

Trade with the True ECN Brokers

By mid-March, the Dax had fallen by almost 40 per cent to 8,255 points but has been able to recover in recent weeks. Currently, the crisis minus amounts to only slightly more than 20 per cent. Experts still disagree whether the crisis is presently only an interim recovery or whether the turnaround has already been achieved.

Supported by a somewhat more confident mood on the financial markets, the euro exchange rate gained a little on Friday. In New York trading, the European single currency was last traded at $1.0868. The European Central Bank (ECB) set the reference rate at $1.0860 (Thursday: 1.0888), which meant the dollar cost EUR 0.9208 (0.9184).

Oil prices showed a mixed picture on Friday. While the price of US crude oil continued its recent decline and fell to its lowest level in 18 years, the Brent crude rose. A barrel (159 litres) of North Sea Brent for delivery in June cost $27.92 at the last count. That was 14 cents more than the day before. In contrast, the price of a barrel of the American WTI variety fell by 1.72 dollars to $18.13.

In the week, the price of US oil had at times fallen to its lowest level since 2002, after the International Energy Agency had forecast a significant drop in demand for crude oil as a result of the Corona crisis. On Thursday, the oil cartel Opec also announced that it expects a drastic reduction in demand.

The declining risk aversion of investors is damaging the gold price, as in such a scenario “safe havens” are less in demand. The precious yellow metal fell below the round mark of $1,700 today. The troy ounce of gold fell by 1.4 per cent to 1,693 dollars.

Cryptocurrencies presented themselves stable on Friday and didn’t move meaningfully in any direction. A Bitcoin is still valued at $7,100, while Ethereum costs $171 and XRp $0.19 a token.

Several European finance ministers continue to advocate issuing joint bonds to finance the planned reconstruction fund for the European economy. “The reconstruction fund should allow us to borrow jointly. For the future, for a limited period only and for a single purpose, namely investment,” French Finance and Economy Minister Bruno Le Maire told the world. “The key difference with Eurobonds would be that we would create a temporary, targeted fund and not ask for past and future debt to communities in the long term”.

The mixed economic data from China receded somewhat into the background. China’s gross domestic product shrank by 6.8 per cent in the first quarter compared with the first three months of the previous year. This is the first negative figure since at least 1992 when the People’s Republic began publishing quarterly growth figures. Economists had expected a somewhat milder decline.

However, Chinese industrial production turned out to be a positive surprise – it did not fall as sharply in March as feared. This is in line with recent signs that the Chinese economy may already have the worst behind it.

New car registrations in the European Union collapsed in March. In the 27 countries of the EU excluding Great Britain, registrations fell by 55.1 per cent to 567,308 cars compared to the same month last year, as the European industry association Acea announced in Brussels on Friday. The vast majority of car dealerships in Europe had been closed during the second half of March due to instructions from the authorities.

After the criticism of the digital currency Libra planned by Facebook, the company now plans a new start. Instead of hedging Libra with a basket of different currencies and government bonds as initially planned, there will now be Libra units that are firmly pegged to individual national currencies.

Also, measures against money laundering and terrorist financing have been improved, the Libra Association announced. The Libra Association has now officially applied for a licence with the Swiss financial supervisory authority Finma. The start could be in November.