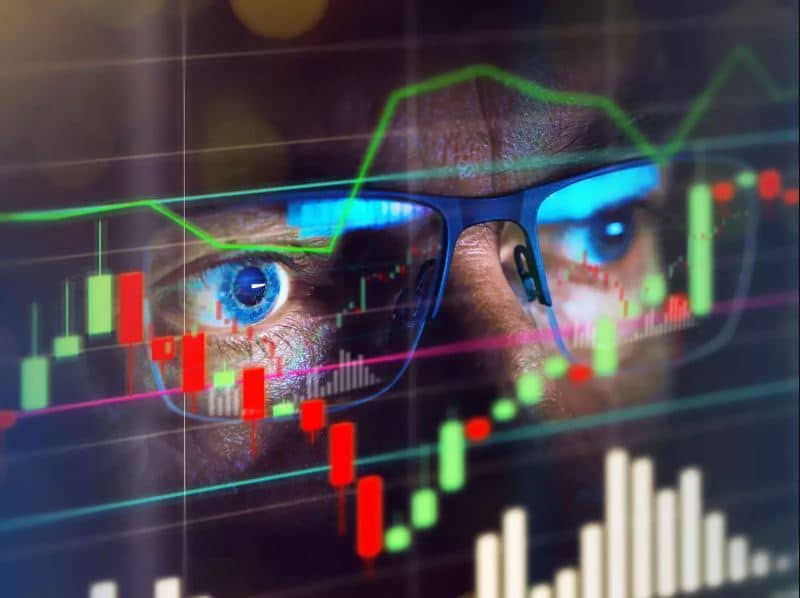 Friday saw much lower volatility in trading than the previous days. At the start of the tension-filled EU summit in Brussels, investors held back with larger commitments. By the end of the trading day, there was no sign of agreement on the planned 750 billion euro reconstruction fund. Several points are highly controversial, including the sums, the conditions for aid money and the question of whether credit-financed money should go to crisis states as grants. The group of the frugal four – Austria, Sweden, Denmark and the Netherlands – is opposed to the Franco-German approach so far. The chances of a compromise at this EU summit are less than 50 per cent, said Dutch Prime Minister Mark Rutte.

Many market observers believe that a failure of the summit would be a “devastating signal” for the stock markets. After all, the Reconstruction Fund has long been priced into the prices so that any delay could lead to immediate price losses. But even if an agreement is reached, the further development remains uncertain. Whether the stock markets will be able to profit from this, at least with a view to the coming months, seems questionable. Moreover, the corona crisis is still not over – on the contrary:

With about 77,300 reported cases within one day, the number of new corona infections in the USA has reached a new high. Out of concern about another wave of corona infections in New York, the state is now tightening the rules for restaurants. Governor Andrew Cuomo yesterday issued new rules stating that restaurants in the state “may only serve alcohol to people who also order food,” according to a statement. Also, alcoholic beverages may only be sold to seated guests who are at a minimum distance from other guests.

The borders of the USA with Mexico and Canada are to remain mostly closed until at least 20 August because of the crisis.

And after a sharp rise in infection numbers, the Israeli government is again relying on lockdown measures. As the government decided last night, these regulations will in future apply throughout the country on weekends. Shops, shopping malls, open-air markets, hairdressers, libraries, museums and tourist attractions will have to remain closed. Grocery stores and pharmacies will remain excluded. From next weekend onwards, the beaches will also be closed.

However, the stock market bulls remain still at the helm and are unimpressed by all the risks and stumbling blocks on the way to a questionable, V-shaped recovery. After this weekend, however, the tide might change quickly and harshly.

The US stock markets hardly moved at all on Friday with only minor fluctuations. The Dow Jones moved mainly in the minus range and lost 0.23 per cent to 26,671.95 points at the end of the week. The NASDAQ Composite was slightly friendly and gained 0.28 per cent to 10,503.19 points.

The focus was on US economic data: consumer sentiment has clouded over given the tense corona situation. The consumer climate surveyed by the University of Michigan fell in July from 78.1 points in the previous month to 73.2 points. In contrast, analysts had expected a slight increase to an average of 79.0 points.

The largest stock exchanges in Asia did not find a common direction before the weekend. In Tokyo, the Nikkei slipped by 0.32 per cent, falling to 22,696.42 points on Friday. On the Chinese mainland, the Shanghai Composite managed to gain in late trading and closed 0.13 per cent higher at 3,214.13 points. Slight signs of recovery were also seen in Hong Kong: The Hang Seng closed 0.47 per cent stronger at 25,089.17 index points.

The dominant theme in the Asian markets remained the ongoing tension between the USA and China. The controversial security law for Hong Kong had led to US sanctions against China, while China, in turn, had announced retaliatory measures.

European markets moved very little on Friday. The EuroSTOXX 50 had entered the trading day with a small gain, then oscillated mainly around the zero line and finally closed with a minimal plus of 0.01 per cent at 3,365.60 index points.

On the weekly chart, the leading German index achieved a remarkable plus of 2.3 per cent. The coming week, the Dax 30 may well make its next attempt to break through the tough 13,000 points mark, provided there is no bad news over the weekend.

The main focus of investors’ attention was on Brussels, where the EU special summit began. On the corporate side, the focus of investors shifted to the car manufacturer Daimler in particular: the Stuttgart company surprisingly presented figures the evening before and reported massive losses. However, the losses were still lower than the market had feared. Goldman Sachs expert George Galliers noted above all a strong development in June and gave hope for more optimistic goals of the Stuttgart company.

The US dollar continues to be extremely weak in the Forex market, which also boosted the euro again today. Most recently, the common currency is exchanged for $1.1442. This was just under the four-month high against the US dollar reached on Wednesday.

Not much was happening in the commodity market today. Oil prices fell slightly to $43.09 per barrel of Brent crude, 28 cents less than the day before. The price of a barrel of West Texas Intermediate (WTI) fell by 26 cents to $40.50.

The price of gold remains at a high level around the $1,800 mark per troy ounce. The precious yellow metal rose by 0.6 per cent to 1,809 dollars.

Cryptocurrencies didn’t experience much volatility today either. Bitcoin stayed at $9,150, Ethereum at $233 and XRP just above $0.20.

Wirecard threatened with expulsion from the Dax as early as August

Following the Wirecard scandal, Deutsche Börse wants to change the rules for membership in the Dax. In the future, companies are to withdraw from the Dax selection indices at short notice after filing for insolvency, the stock exchange operator suggested. If the market participants agree, Wirecard could already fall out of the Dax in August instead of September. The payment provider was the first Dax group to go bankrupt at the end of June. Nevertheless, Wirecard continues to be a member of the Dax and, under the current rules, would not leave the Dax until September. This had caused much incomprehension and put pressure on Deutsche Börse.

Network equipment supplier Ericsson continues to weather the corona crisis well, thanks to the high demand for products for building the 5G network. Revenue in the second quarter remained surprisingly stable compared with the previous year. Also, operating profit increased – experts had expected a decline here. It rose by around 3 per cent to 3.9 billion crowns. The group also confirmed its forecasts for the current year and 2022, even though the Corona pandemic could lead to delays in projects in the Digital Services division. The Ericsson share is currently trading at just under 88 kroner, back at the level of mid-February.

The online video service Netflix benefits greatly from the fact that many people are staying home and watching television during the Corona crisis.

However, the pandemic-induced customer rush has already slowed down considerably in the meantime. After the subscription boom at the beginning of the year, 10.1 million paid subscriptions were added in the second quarter, as the streaming market leader announced in Los Gatos on Thursday after the US stock market closed. In the previous quarter, this figure had been 15.8 million. At the end of June, Netflix had almost 193 million paid subscriptions worldwide.

The company expects the rush to decrease further. “We expect less growth in the second half of the year than last year,” Netflix CEO Reed Hastings said in the letter to shareholders. Only 2.5 million new customers are expected to be added in the current quarter.

Investors were disappointed on Friday with the figures presented the evening before by the online video service Netflix. Especially the number of new customers in the second quarter did not go down well, and the outlook for the current quarter was not convincing either. On the technology stock exchange NASDAQ, the shares lost 6.52 per cent and closed on Friday at $492.99, after having reached a record high of a $575 only on Monday and thus gained about 50 per cent since the beginning of the year.