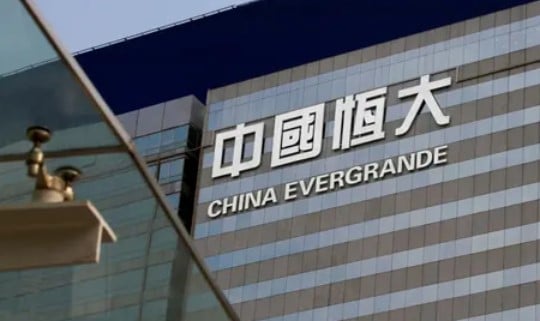 Among other things, the “triple witches’ Sabbath”, the big expiration day on the futures exchanges, caused fluctuations today. Futures contracts on indices and individual stocks expire these days, causing high trading activity among many professional investors.

But above all, the situation in China is also being observed with increasing concern. In addition to concerns about central banks’ more restrictive monetary policy, the debt crisis at the Chinese real estate group Evergrande is also unsettling the markets. Equity and bond investors fear insolvency for the country’s second-largest property developer, which is groaning under a debt mountain of over $300 billion. Shares have plunged more than 85 per cent since the start of the year.

Coming Monday, the stock exchanges in China and Japan will be closed for holidays, which seems to arrive at a miserable time.

The so-called big expiry on the futures exchanges, the triple witches day, put likely a brake on prices, among other things. On these four trading days in the year, share trading is usually determined by technical trading aspects. On Europe’s stock exchanges, the expiry date had weighed heavily on prices. But the meeting of the US Federal Reserve on Wednesday of next week is already casting its shadow and causing nervousness among investors. The Fed is considering tightening the monetary reins.

At the end of the week, the most important indices in Asia were still friendly after initially mixed signs.

Negative guidance from the USA weighed on the Asian stock markets on Friday. At the same time, experts said that concerns about the economy had moved back into the spotlight in many places after disappointing Chinese economic data on Wednesday. Furthermore, investors remained cautious ahead of the long holiday weekend: There will be no trading in Japan next Monday, and the Shanghai stock exchange will be closed on both Monday and Tuesday.

The European stock markets suffered today primarily from the triple witches day. The EuroSTOXX 50 gained slightly at the beginning of trading before closing down 0.94 per cent to 4,130.84 units.

Today, Friday, the German benchmark index was traded for the last time in its current composition before it started trading on Monday with 40 stocks included.

On Friday, things looked relatively quiet on the economic front. Although inflation data was published from the eurozone, only a second estimate confirmed the already known value. The focus was instead on China, as well as the expiry of contracts on the futures exchanges.

There was very little happening on the foreign exchange market today. In the evening, the euro sank back towards the lows of the current week, currently trading at 1.1730 dollars.

Oil prices suffered today from the gloomy mood on the stock markets. Oil quotations were also burdened by the recently rising dollar, which makes crude oil more expensive for investors from other currency areas and thus dampens demand. Brent crude dropped 86 cents to $74.83 per barrel, while WTI fell by $1.08 to 71.54 US dollars.

The gold price also remains under pressure. In early trading, there was an upward movement before the price dropped significantly again later.

Orders on hand for the industry in Germany continued to rise in July and reached a new record level. Compared to the previous month, it rose by 2.4 per cent, as reported by the Federal Statistical Office. An all-time high had already been marked in June. The order backlog has risen steadily since July 2020 and in July 2021 reached its highest level since the statistics were introduced in January 2015. Open orders from the domestic market increased by 2.7 per cent in July and those from abroad by 2.2 per cent. New orders have outperformed turnover in recent months.

The retail sector in the UK had to accept another drop in sales in August. Total revenues were 0.9 per cent lower than in July, as the statistics office ONS announced in London on Friday. Analysts had predicted an average increase of 0.5 per cent. In the previous month, sales had already fallen significantly by 2.8 per cent.

Price pressures in the eurozone continued to increase in August. The annual inflation rate rose to 3.0 (July: 2.2) per cent, as the statistics authority Eurostat announced in a second publication. The statisticians thus confirmed – as expected by economists – their first estimate from 31 August.

The University of Michigan’s consumer sentiment index for the USA rose to 71.0 in the mid-month survey. Economists polled by Dow Jones Newswires had expected a reading of 72.0. The expectations index was 67.1 (previous month: 65.1), and the current conditions index was 77.1 (78.5).