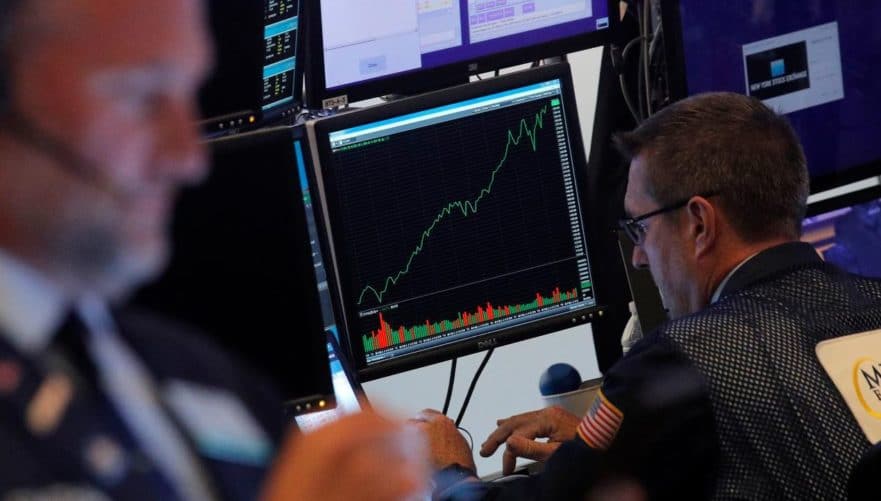 The day before the “Super Saturday”

The trade dispute is slowing down the world economy, and Brexit is still creating uncertainty as no one knows whether the British Parliament will approve the deal. Investors are therefore keeping their feet still – for the time being. Nevertheless, the British Pound has received an enormous boost over the past few days and will almost reach the USD 1.30 mark by the close of trading today, Friday. Speculators are probably counting on a positive outcome of the “Super Saturday” and with the British Parliament approving the deal.

“However, taking positions before the weekend would be like visiting a casino,” said market analyst Milan Cutkovic from broker AxiTrader. Still, there is no sign of considerable uncertainty or even fear on the stock markets. Investors are now used to the daily confusion about Brexit, Trump and co.

Investors are also reacting calmly to China’s allegedly weakest economic growth in 27 years. They know that the figures should be treated with caution. Nor is a renewed slowdown a surprise, but a continuation of the trend that has been emerging for years. And from a European perspective, economic growth of 6.0 per cent is still an incredibly strong figure.

Wall Street presented itself in red on Friday. The Dow Jones opened with a marginal minus and then further expanded its losses. Its closing level: minus 0.95 per cent at 26,770 points. The NASDAQ Composite also continued to lose ground after trading around the zero line at the start. It ended the trading day 0.83 per cent weaker at 8,089 points.

Chinese economic growth, which fell short of expectations, fuelled concerns about the consequences of the Sino-American trade dispute and the state of the global economy. This already dampened sentiment on the Asian and European stock markets on Friday.

Before the weekend, things were going down in China in particular.

Brexit remains the biggest uncertainty in the European stock market. Although an agreement was reached between Great Britain and the EU, it is doubtful whether Prime Minister Boris Johnson will receive the Brexit deal through the British Parliament on Saturday.

The euro continued to gain to $1.1156 by the end of stock trading after trading at $1.1114 in the morning. The European Central Bank (ECB) had set the reference price at 1.1113 dollars on Thursday afternoon. The British Pound continues to be the big winner of the week, ending the trading day at almost USD 1.30. If this trend continues heavily depends on what the British Parliament will decide this Saturday.

Gold and silver prices only moved sideways with the current focus on Brexit and co. Gold currently stands at around $1,490 an ounce. Oil prices fell slightly on Friday. The price for a barrel of Brent crude oil closed at $59.06 and WTI at $53.38, respectively.

No major price swings occurred in the cryptocurrency market. One Bitcoin currently costs around $8,100, one Ethereum $175 and one XRP $0.2925.

On the economic side, music tends to play with some important leading indicators later in the week. On Thursday, preliminary European purchasing manager data is expected for October, followed by the German Ifo business climate on Friday. After the most recent increase since March, Postbank sees moderate upside potential for business expectations in October, but not for the assessment of the situation. Overall, experts, therefore, expect the Ifo index to fall by a narrow 0.1 points to 94.5 points.

One important topic, however, should not be forgotten in geopolitical terms: Next Thursday the European Central Bank will hold its last interest rate meeting under outgoing President Mario Draghi.

Munich Re expects to exceed its consolidated target result of €2.5bn for the full year 2019. In addition to a good operating performance, this is due to high currency gains and a very good investment result. According to the Dax Group, the consolidated result for the third quarter was around €850m despite high major losses.

The continued high demand for baby suturing in China boosted sales of the French food group in the third quarter. However, the sales increase of three per cent to 6.42 billion euros was below the expectations of the analysts, who had expected a rise of 3.8 per cent. The world’s largest yoghurt manufacturer with brands such as Actimel and Activia was also somewhat more sceptical about the current year. Danone now expects sales to increase by 2.5 to three per cent instead of the previous three per cent.