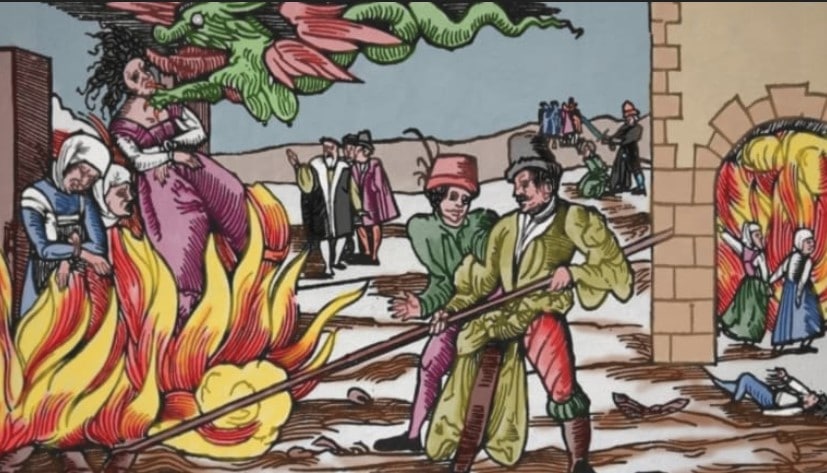 Today was another Witches’ Sabbath: On this day, futures contracts on shares and indices expire on the futures exchanges. Stock exchange traders speak of the “great expiry day” when the last trading day of all four types of derivatives, i.e. options and futures on indices and individual shares, falls on the same day.

As it is often the case on a Witches Sabbath, many markets went on a decent rollercoaster ride, swinging high and back low in just minutes.

The hard lockdown measures imposed by many governments around the globe had no negative effect on the market whatsoever. On the contrary, investors keep betting on the stock market and the corona vaccines, fittingly during Christmas time, as the ultimate saviour.

The Dow Jones gradually slipped during the session, but within the last minutes of trading, the index turned slightly upwards again and closed only 0.41 per cent lower at 30,179.05 points. The NASDAQ Composite also recovered a large part of the previous losses and finally lost only 0.07 per cent to 12,755.64 points.

Although investors still hope that the political camps will soon agree on an economic stimulus package, no one was willing to take any risks before the weekend, especially as the negotiations now seem to be stalling again. With the recent price gains, investors had been betting on an early agreement. But as the window of opportunity for a breakthrough narrowed, some scepticism returned to the market.

Before the weekend, investors on the Asian stock markets were once again more pessimistic. Japan’s benchmark Nikkei index closed 0.16 per cent lower at 26,763.39 points, while in mainland China the Shanghai Composite Index was down 0.29 per cent to 3,394.90 points by the close of trading. Losses were also recorded in Hong Kong: The Hang Seng ended 0.67 per cent lower at 26,498.60 index points.

The Japanese central bank announced that measures to combat the economic consequences of the corona pandemic would be extended by six months. Originally, interest-free loans were to be granted only until March. The central bank also wants to restructure its purchase programme for commercial paper and corporate bonds.

Other factors that weighed on Friday were talks about a US stimulus package, ongoing Brexit negotiations and the still high global infection situation.

Investors on the European stock markets held back on Friday. The EuroSTOXX 50 ended Friday’s trading 0.41 per cent lower at 3,546.30 points.

On the big expiry day, futures contracts on shares and indices expired on the futures exchanges. Besides, with a view to the ongoing Brexit negotiations, investors were hopeful that a free trade agreement might be reached after all.

Following a positive FDA assessment of Moderna’s vaccine candidate, expectations are rising that a vaccine will soon be available and that the economic situation will brighten up as a result.

The euro mostly held its slightly lower level from European business in US Forex trading on Friday. In the end, the conversion rate of the common currency was at 1.2237 US dollars.

Oil prices rose on Friday to their highest level since March. In the process, the price of North Sea Brent rose by 55 cents to 52.06 US dollars per barrel. West Texas Intermediate even increased by 62 cents to 48.98 US dollars.

Gold got a little cheaper before the weekend, losing about 4 US dollars on the troy ounce to trade at $1,881.

Cryptocurrencies, the “new” official darlings of institutional investors, continued to stabilise and seem to gather strength for their next move northward and especially so-called altcoins seem to poised to shoot up next. After Bitcoin broke its all-time high a couple of days ago, bears seem to be anxious to bet against the most popular digital asset, allowing it to hold steady at around $23,000. Ethereum managed to gain a further 1.4 per cent to $657, and XRP added 0.2 per cent to $0.5850.

Prices at the producer level are falling ever more weakly in Germany. As the Federal Statistical Office announced in Wiesbaden on Friday, producer prices in November were 0.5 per cent lower than a year earlier. This is the weakest price decline since February. Analysts had expected a minus of 0.6 per cent. Month-on-month, the prices manufacturers receive for their goods rose by 0.2 per cent.

The mood in the executive suites of the German economy developed better than expected in December. The Ifo Business Climate Index climbed to 92.1 (November revised: 90.9) points, as the Munich-based Ifo Institute announced after its monthly survey of around 9,000 managers. Economists surveyed by Dow Jones Newswires, however, had expected a decline to 90.5 points. The index assessing the current situation of the companies surveyed increased in December to 91.3 points, the highest value since March. Market economists’ forecast had been 89.1.

Sony withdraws “Cyberpunk 2077” from the market

What a bummer. In the run-up to the market launch of the video game “Cyberpunk 2077”, a real hype had broken out. But the finished product could not live up to expectations. After a hail of bitter comments and complaints about numerous software errors in recent days, Sony is withdrawing “Cyberpunk 2077” from the market.